How Much Do Colleges Make From March Madness? 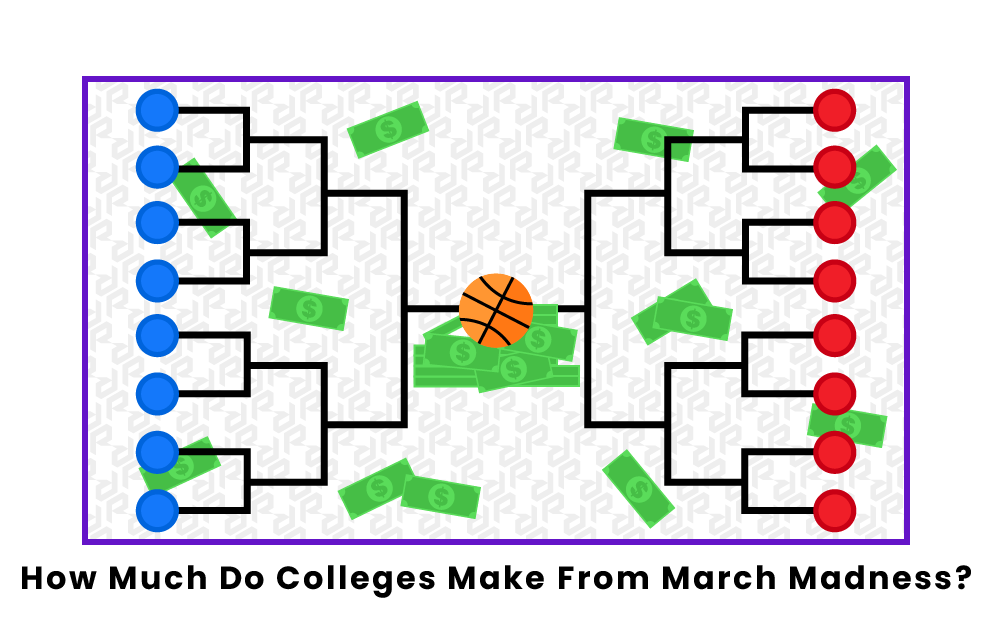 Each year, the NCAA Division I Men’s Basketball Tournament, also known as March Madness, takes center stage in the sports world. The tournament is watched by millions of fans worldwide and brings in millions of dollars for the NCAA. However, it is always interesting to see how much of the revenue is redistributed to the member schools. Read on to learn more about how much the NCAA and its member institutions make from March Madness.

March Madness is by far the biggest money-maker for the NCAA, since they do not have the rights to any bowl games in football or the CFP National Championship. In fact, in 2021, March Madness accounted for 85% of the organization’s $1.16 billion revenue. The reason March Madness makes so much money is because the NCAA has worked out massive television contracts for the rights to broadcast games. CBS and Turner Sports currently hold the television rights to March Madness, and will pay the NCAA upwards of $20 billion over the 22-year contract.

The NCAA redistributes 60% of its revenue back to member schools and conferences. There are many factors that decide how much each school or conference will receive, some based on need and some on performance.

The NCAA Division I Basketball Performance Fund is used to redistribute NCAA revenue to member schools and conferences based on performance. The money is distributed based on a six-year rolling period, meaning that programs and conferences are judged on more than one season.

In 2022, $169.4 million was paid out via the NCAA Division I Basketball Performance Fund. This money was split among member schools and conferences based on performance in March Madness. This accounts for the largest portion of the revenue distributed, accounting for roughly 27% of the NCAA’s total revenue.

Other Sources of Revenue Distribution

While the Basketball Performance Fund is the only fund that pays out schools and conferences based on performance, there are other funds that the NCAA redistributes its revenue into. The Sports Scholarship Fund, which helps schools grant scholarships to athletes, received $75.7 million in funding following the 2022 March Madness tournament. The Grants-in-Aid fund also helps schools grant funding to students and sport programs, which received $148 million in 2022.

What is the revenue split between the NCAA and colleges in basketball?

Pages Related to How Much Do Colleges Make From March Madness?