How Do You Fill Out A March Madness Bracket? 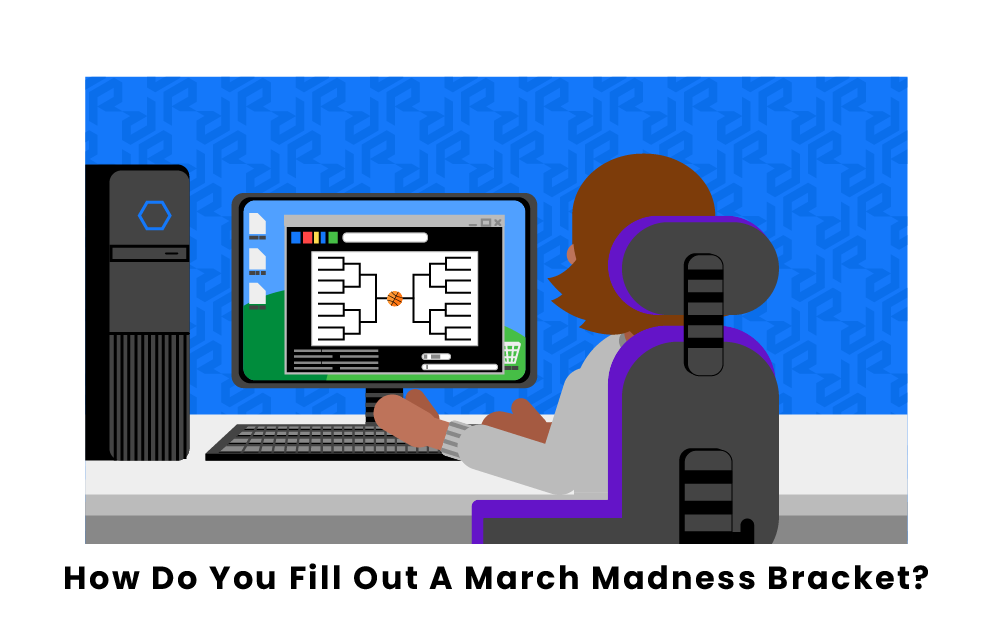 In March Madness, 68 college basketball teams compete against each other in a single-elimination style tournament until only two remain. The tournament is shaved down to 64 teams for the Round of 64, then that number shrinks to 32 teams for the Round of 32, followed by 16 playing in the Sweet 16, to eight teams in the Elite Eight, and four teams in the Final Four. The two winners of the Final Four face off in the National Championship.

Aside from watching the games and cheering on your favorite team, there's another way that you can participate in March Madness. Each year, fans have the chance to make their own predictions about which teams will advance in each round and finally make it to the National Championship. Never filled out a bracket? Here's what you need to know.

Where to Find the Bracket

You can find an official bracket on the NCAA website. Many sports websites such as ESPN, CBS Sports, and Yahoo also offer their own bracket you can save and fill out.

Online, you can find tons of websites and apps that let you make a bracket and create or join a league with friends or strangers.

When to Start Filling Out the Bracket

Selection Sunday marks the start of March Madness, when the NCAA Division I Men's Basketball Committee announces the 68 teams that will be playing in the tournament. Once the schedule of the 68 teams is announced, it's time to predict which teams you think will make it all the way to the National Championship.

When to Have Your Bracket Filled Out

Specific deadlines to fill out your bracket will vary depending on if you enter bracket challenges, like the Official NCAA Bracket Challenge, or pools. Typically, the deadline to have your bracket completely filled out is right before the tipoff of the first round of the NCAA Tournament.

Things can be a little confusing here, as the bracket includes spaces for the First Four. Remember that eight teams play each other to determine which four teams will play in the official first round of the tournament, along with 60 other teams. Some bracket challenges or pools don't include First Four predictions in their bracket, instead, they start with 64 teams.

If you’re in a pool which excludes the First Four, you will have some extra time to fill out your bracket. Use that time wisely to go over your bracket and get it right!

If you are in a pool that requires you to predict the First Four, you’ll need to figure things out a bit sooner. Make sure you start thinking about the matchups right as they are announced.

How to Fill Out the Bracket

You don't need to be an expert basketball fan to fill out a bracket. When you look at your bracket, you will see four quadrants representing four regions, each with spaces numbered 1-16. The teams that fill those spaces, also called seeds, are determined by the Division I Men's Basketball Committee based on discussions with coaches, and an evaluation of a team's wins and losses, road record, and other metrics.

If you are using a website or app, the matchups should be filled in for you. If you are manually filling out a bracket on paper, you have to pencil in the matchups yourself. If this is the case, fill in your bracket according to the official schedule. From there, it is up to you to predict which team will win in each subsequent round.

Which Teams to Include in Your Bracket

There isn’t a way to be totally sure which team is going to win each round, but there are a few key factors to keep in mind. Only one No. 16 seed has ever beat a No. 1 seed. This happened in 2018, when UMBC upset Virginia. Before this happened, it was thought to be impossible for a No. 16 seed to win a game. You should probably still never pick a No. 16 seed to win, as it is extremely unlikely.

Making your other choices may be more difficult. There are countless articles and videos on the internet that offer suggestions on predicting the winners, but each year will be different.

Among common tips, it is recommended that you keep a No. 14 or No. 15 seed out of your final 16 teams (also called the Sweet 16), that you not predict a No. 4 or No. 5 seed to win the National Championship, and that you include more than just No. 1 seeds in your Final Four prediction. When the 68 teams are announced, you can do some research on the top teams to learn more about their key players and their stats.

Although it can be risky, you may want to pick one double-digit seeded team to advance to the Sweet 16. Each year, on average, at least one team seeded No. 11 or worse makes it to the Sweet 16. This is referred to as a “Cinderella Story.” Do not have them advancing too far into the tournament! These teams typically see their luck run out in later rounds.

Also, always beware of favoritism! It is fun to choose your favorite team to advance far in the bracket, but make sure to choose with your head first and heart second.

How Many Brackets Should You Fill Out?

You can technically download and fill out as many brackets as you want. However, it's common for bracket challenges, pools, and informal competitions among friends or coworkers to only accept one bracket. While there are challenges or pools out there that accept more than one bracket, it's standard to make one set of predictions and stick with them.

What to Do With Your Bracket

Once you've filled out your bracket, there's a number of things you can do with it. You can enter the Official Bracket Challenge with the NCAA, you can enter the ESPN Tournament Challenge, you can see if your workplace has a bracket pool, or you can simply compare your bracket to your friends or coworkers. Filling out a bracket gives you the chance to participate in the fun of March Madness without knowing everything about the teams playing.

If you’re just getting started, try creating a league with your friends on the ESPN tournament challenge app. This is an easy, user-friendly system which has helpful stats to guide your decisions.

Pages Related to How Do You Fill Out A March Madness Bracket?