What is Laser Tag? 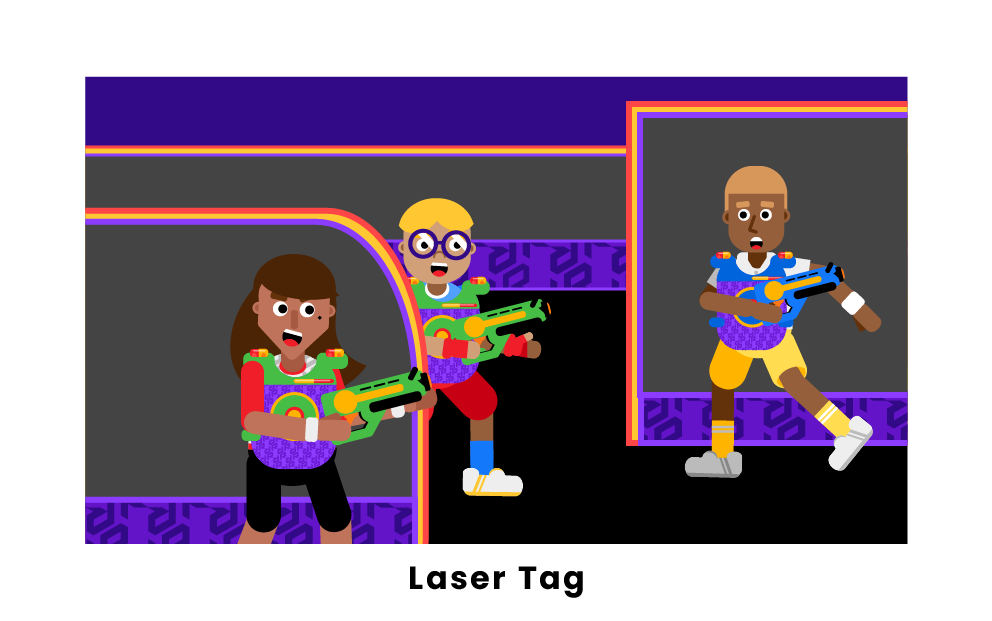 Laser tag is a popular sport that consists of at least two players, but can include as many players as desired. The game’s goal is to shoot opponents with a laser gun as many times as possible, while avoiding being hit by competitors. It is a game that all ages can enjoy playing.

The start of laser tag dates back to the 1970s when the first laser tag gun was invented. It was created as a toy for kids to use, using infrared beams of light to disable an opponent’s gun. The next advancement of laser tag technology was in military training. The U.S army would use this technology to help train soldiers. 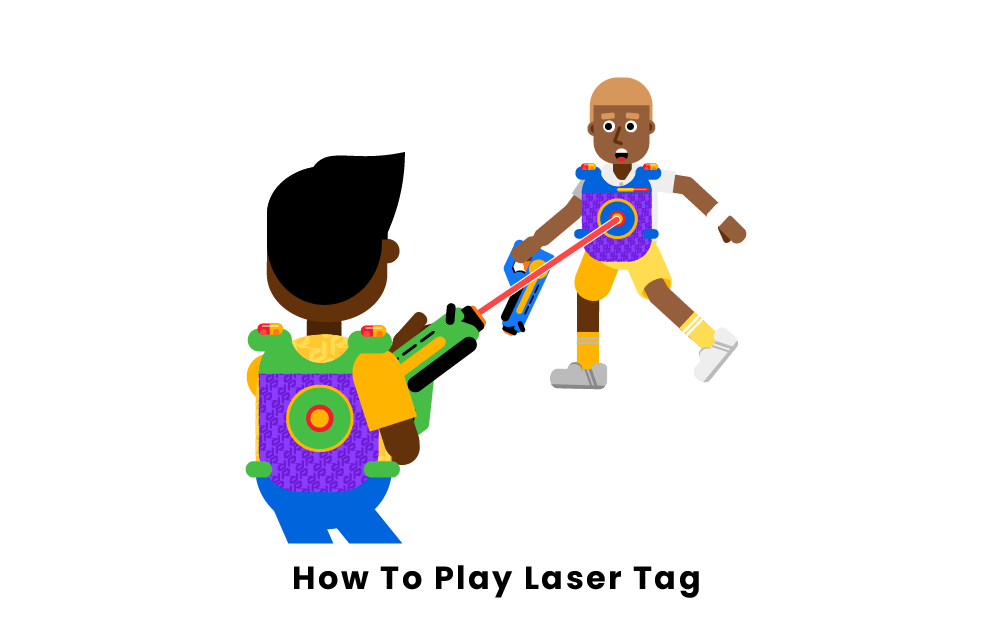 Laser tag is a game that many people play throughout their childhood. It requires at least two players, but there is no limit to how many can play.

In the beginning of a laser tag match each team will begin on different sides of the laser tag course. Typically the teams will have a few minutes before the match to strategize and come up with a plan. Each match typically lasts anywhere from a few minutes to over 15 minutes. 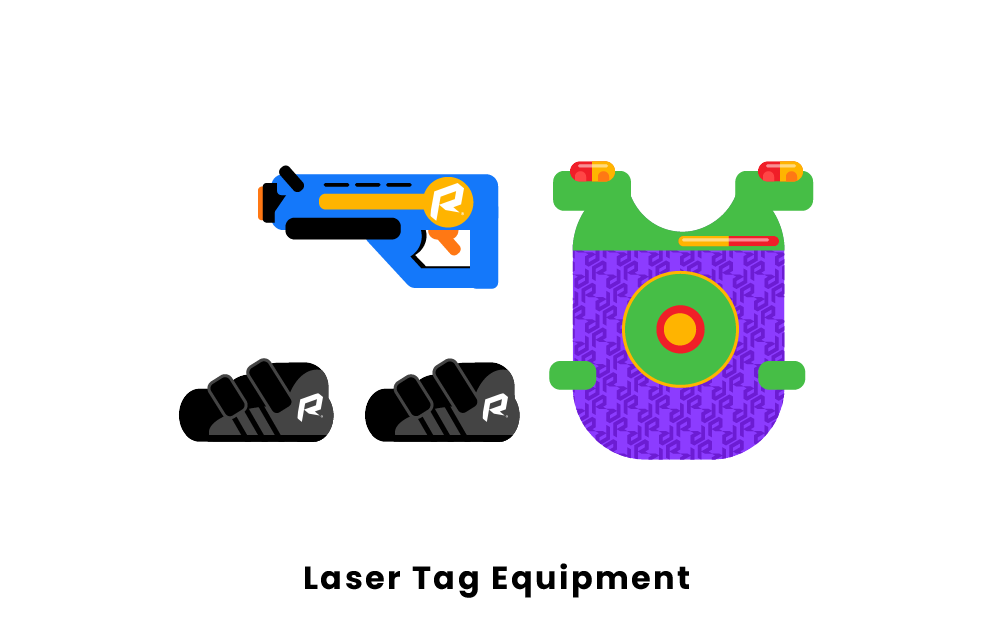 Laser tag does not require a ton of equipment, all you need is a vest with sensors and a laser gun. The sensors on the vests are what players will point at to shoot their opponents and earn points.

Here is the essential laser tag equipment you should have:

In a laser tag match, each player shoots as many of their opponents as possible. Each time a player accurately shoots their opponent, they score points. The points at the end are totaled and each player’s total points are added to their team’s score. At the end of the match, the team that has the most points wins. 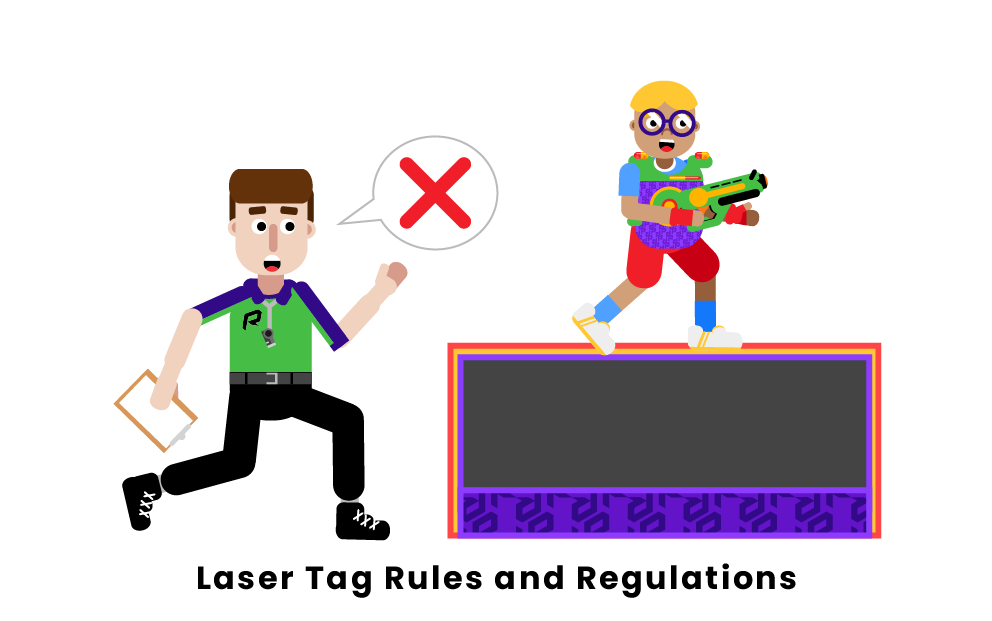 Rules and regulations are important to follow to make sure everyone is safe and to ensure all players have the same advantages and disadvantages. If you are interested in learning the rules set by most laser tag locations, here are some to know:

Keeping a low profile is important. Find a hiding place and get in the best possible position to shoot opponents. Try to move as fast as possible, in short bursts, from one spot to the next.

Try to be precise when shooting. If you happen to miss your opponent, they could end up shooting you instead.

Become familiar with the layout of the room. This will help you understand the best spots to hide and places where you can easily be shot.

Stick with other members of your team. By being with other team members, you are able to protect yourself and them. If you get shot, you will have a team member with you that will be able to shoot that opponent. 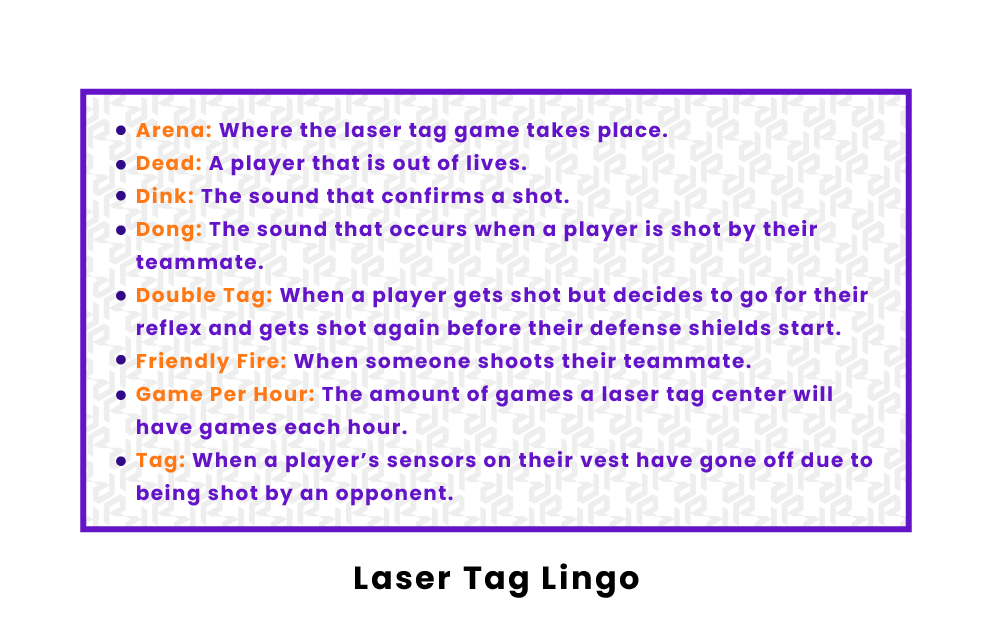 Here is the common lingo and slang in laser tag:

Yes, laser tag is safe. The laser beam shot out of the gun should not harm your eyes or vision.

What is the best clothing to wear?

Wear something dark colored, comfortable, and easy to move in.

Can I get my teammates out?

Typically, at most laser tag places you are unable to get yourself and teammates out.

Pages Related to What is Laser Tag?