What Is A Technical Foul In A Lacrosse Game?

The 3-second rule in lacrosse is a rule in women's and girl's lacrosse that prevents a defensive player from staying within the 8-meter arc longer than 3 seconds unless they are within one stick's length of an offensive player. 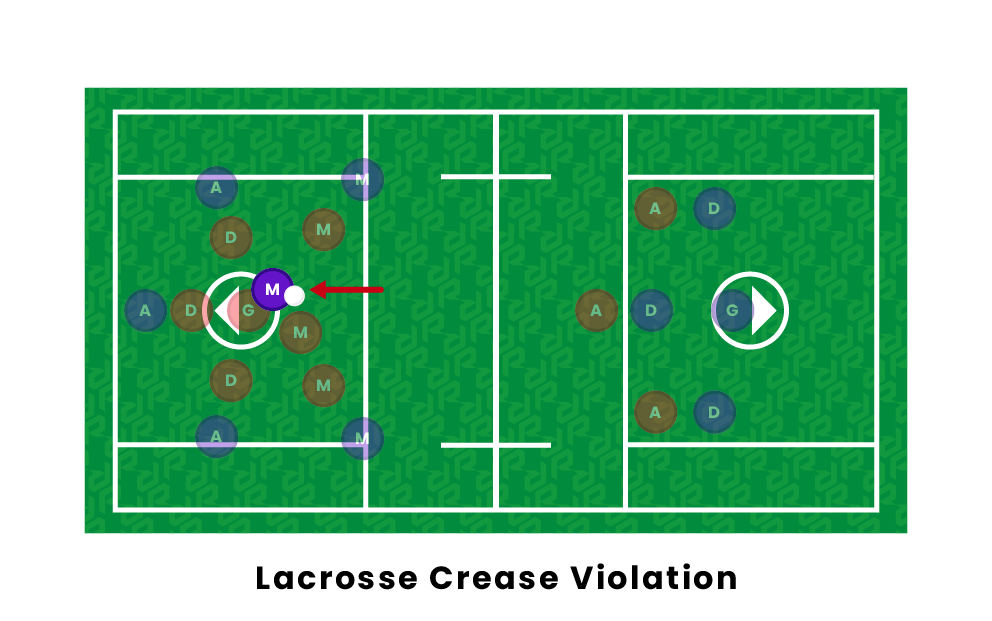 Movement within the crease area is very restricted to protect the safety of the goaltender. A crease violation occurs when an attacker with or without possession of the ball touches the crease line or travels into the crease, unless they were pushed or the victim of a tripping foul or if they were playing a dive shot and moving away from the front of the goal.

A delay of game foul is a type of technical foul that is called when a player or coach causes a delay in play.

Holding is when one player uses their stick or free hand to restrict another player’s movement. 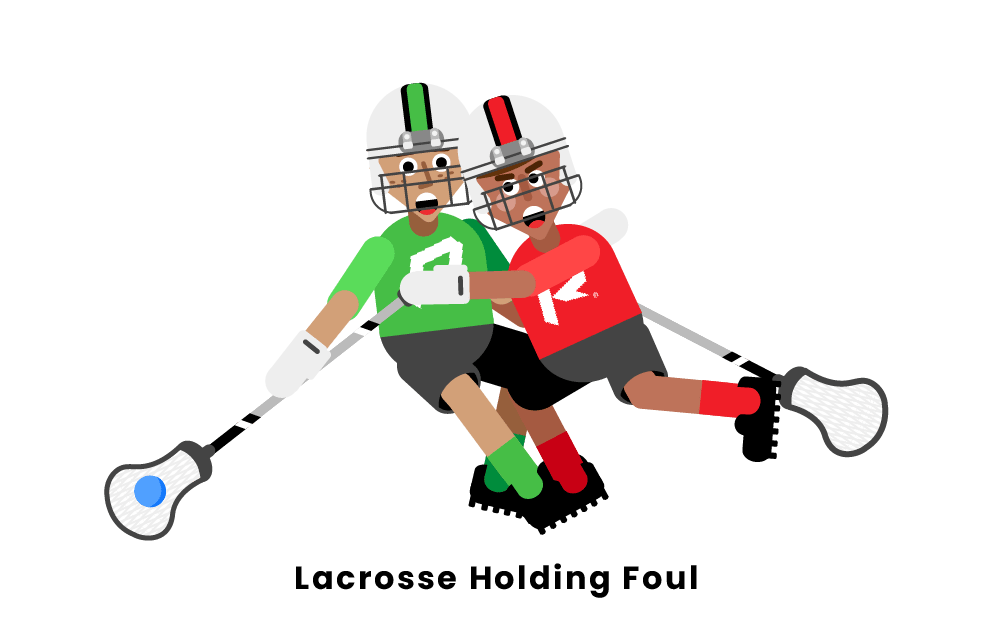 Examples of an illegal procedure include a field player touching the ball with one or both hands, or the goaltender handling the ball outside of the crease area; a player leaving the penalty area before the full time of the penalty is served; and a delay of game.

The illegal screen foul in lacrosse is a rules violation that occurs when a screen or pick is set up incorrectly. A screen cannot result in contact with the opponent while the player trying to set a screen is moving. A screen is legal if the player stands motionless, vertical and contains his or her body within shoulder width.

Pushing is a physical infraction that occurs when a player shoves an opposing player from behind. In men's lacrosse, pushing is allowed from the front or side when an opposing player is carrying the ball or within five yards of a loose ball. Using a stick as leverage to push is known as cross checking. A push is legal with the shoulder, forearm or closed hand, and both hands must be on the handle of the stick. Pushing is not allowed in women's lacrosse and results in a free position penalty. 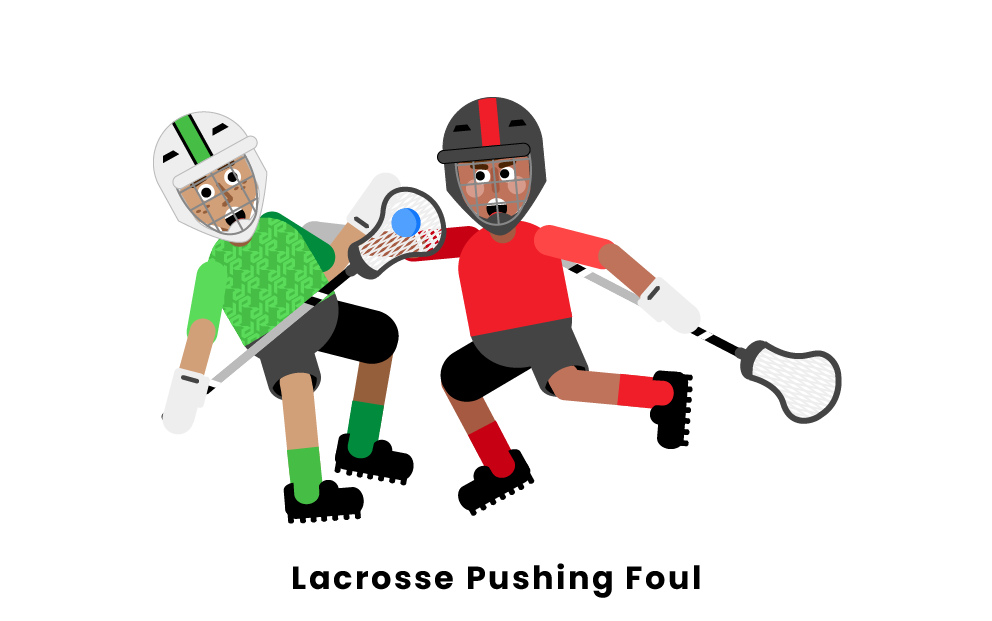 Stalling in lacrosse is a tactic by the team in possession of the ball to keep possession around the outside of the offensive area or passing the ball back into the defensive area without initiating any drives or forward progress towards the goal.

Warding is when a player with possession of the ball uses their free arm to push off their defender. This technique is legal if a defender is actively checking the attacker.

The officiating crew observes the flow of play and blows the whistle to signal for a technical foul. In some cases when the offense is fouled but would be disadvantaged on a scoring opportunity, the official will signal play on or use a slow whistle. A technical foul results in a 30-second releasable penalty or a change of possession. If the team that was fouled has possession of the ball, the offending player on the opposing team must serve a 30-second releasable penalty in the penalty area. If the team that was fouled does not have possession of the ball and the official rules for a technical foul, such as offsides, the corrective action is a change of possession.

Pages Related to What Is A Technical Foul In A Lacrosse Game?