What Are The Rules Of Lacrosse? 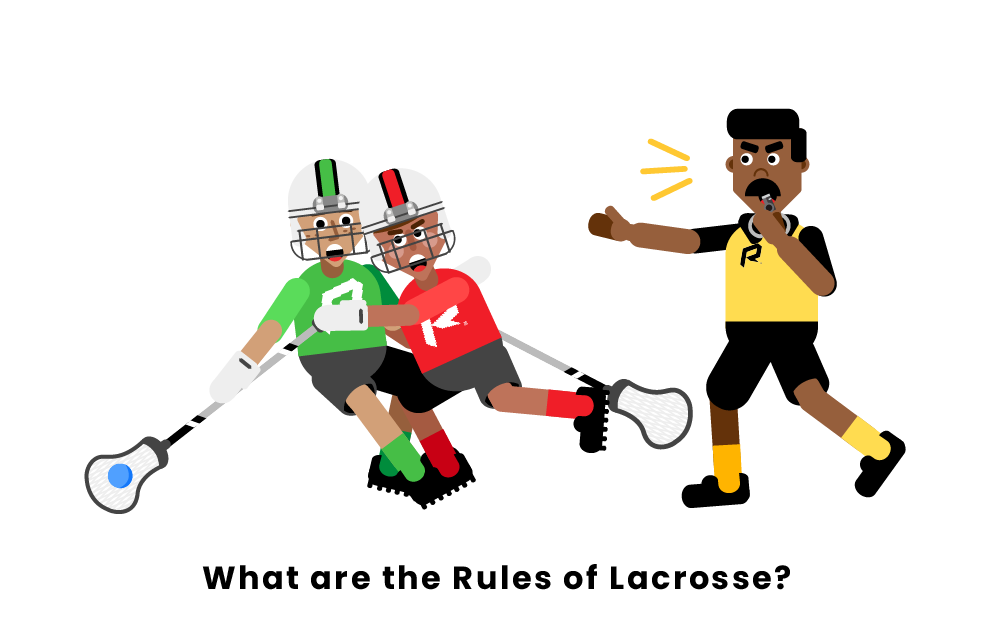 Lacrosse is an energetic and fast-paced sport that encompasses agility, speed, and strength. The primary objective of this game is to have a player shoot the lacrosse ball into the opposing team’s goal.

Each player is outfitted with a helmet, protective gloves and arm pads, shoulder pads, and the most important piece of equipment, the crosse, more commonly known as a lacrosse stick. There are two types of lacrosse sticks that are permitted in a game - the short crosse and the long crosse. The short crosse has a total length of 40-42 inches, the shaft, which is the long metal stick that the player holds is 30 inches, with the head of the crosse being 10-12 inches. The long crosse has a total length between 52-72 inches, with the same head dimension as the short crosse. Defensive players will use the long crosse, while the offensive players use the short crosse. There is also a specific crosse used for the goalies. The goalie crosse is between 40-72 total inches with a maximum head length of 16 ½ inches and a head width of 10-12 inches. Teams are permitted to have one goalie crosse at a time. There are ten players per team that are allowed to play on the field at one time.

Lacrosse is played on a rectangular field, usually 110 yards long and 60 yards wide. The boundaries of those parameters will be distinct with white or colored lines.

Right before the game starts, the captain of each team will have to engage in the coin toss. The coin toss decides which team will choose what goal they want to defend first or give the team first alternate possession. First alternate possession is when the referees cannot determine which team had possession of the ball when the game is stopped, they will give it to the team that won the coin toss if they choose that for the toss. Once the toss is completed, the remaining players of each team will go and stand in their positions on the field. 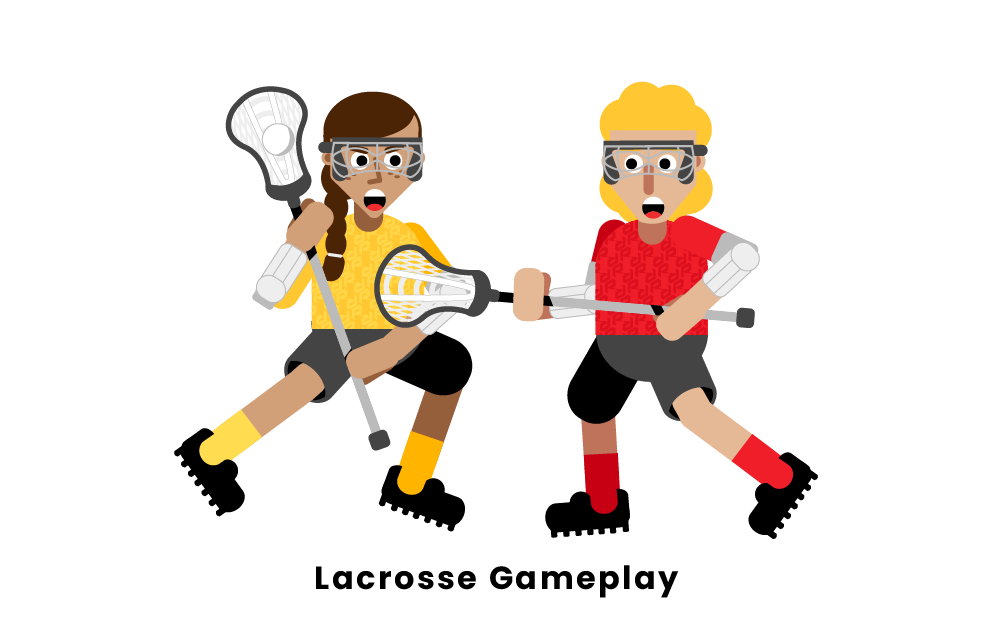 After the faceoff, the rest of the players can aim to possess the ball. Once the offensive players possess the ball, they have 20 seconds to advance the ball to their attacking half of the field, which is the side of the opposing team’s goal. If an offensive player has the ball for more than 20 seconds, it will result in a turnover, and the other team will receive possession. Players can run or pass the ball in their attacking half, including behind the opposing team’s goal. If a player is holding the ball in their crosse and steps outside of the marked boundaries, the game will be quickly paused for the player to put down the ball, and for the opposing team to receive possession. If no player has possession of the ball and it goes out of bounds, possession will be awarded to the opposite team of whoever last touched it.

To gain points for a team, a player must shoot the lacrosse ball into the opposing team’s goal. If a player misses the goal and the ball is out of bounds, the player closest to the ball receives possession, regardless of the team they play for, and the play is resumed from where the ball went out of bounds. A goal can also count if a player shoots the ball and it is deflected off another player, landing into the goal.

In order for teams not to be penalized, players must try not to go offsides. In lacrosse, a team is offside when the team has more than six players on their attacking half of the field or when it has seven players on their defensive half of the field. It is based on the number of players, not the position a player plays. Players can run off bounds momentarily if the player realizes that they would then be considered an offside, but must return back to the field immediately, and no foul will be called. If a team is considered offsides for the attacking half, and a goal is scored, then the goal will not count. However, if a team is offside on the defensive half and a goal is scored, the goal counts.

What are the penalties in lacrosse?

What happens after a penalty in lacrosse?

After a penalty is given out by a referee, the penalized team will be a “man down.” A man down means that the penalized team will be playing with one less player for a certain amount of time, dependent on the type of penalty and severity. The length of time can be between 30 seconds to 3 minutes. During this time, the game will be played 5-on-6, a clear advantage for the team not penalized. Additionally, possession of the ball is awarded to the other team in their offensive half.

What is a substitution in lacrosse?

Pages Related to What Are The Rules Of Lacrosse?