What Are The Lines On A Lacrosse Field?

Welcome to the sport of lacrosse. We’ll start by learning about the basics of the field. Below is a picture of the lacrosse field. 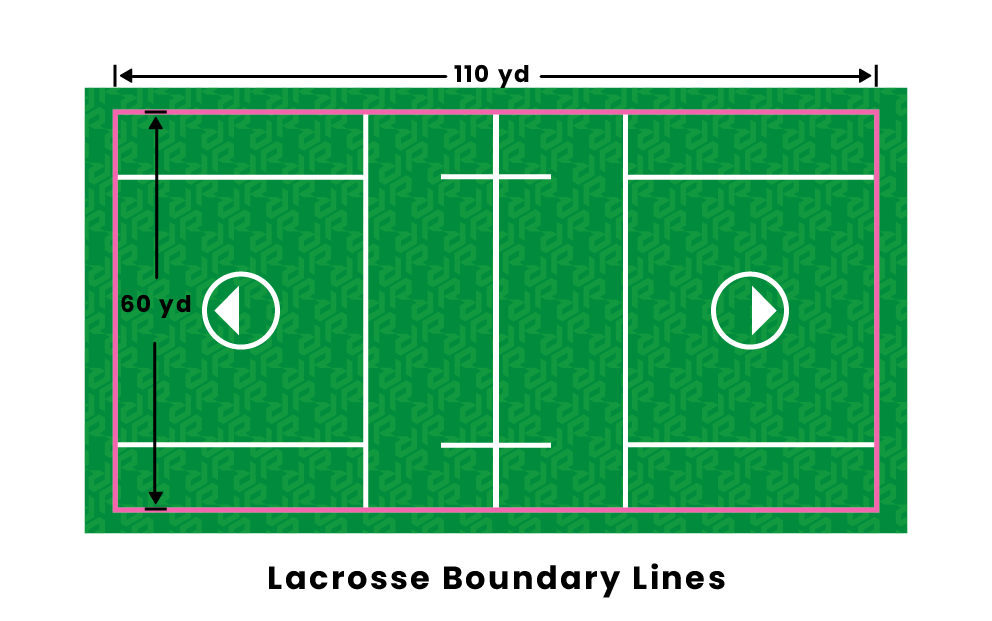 The boundary lines of the lacrosse field are made up of the end lines and sidelines and determine when a player is in-bounds and out-of-bounds. When the ball crosses over the end line or sideline or a player touches the line with their feet, the official will blow the whistle signal that play is out-of-bounds. When the game was originally invented and long into the modern era, lacrosse was played with “soft” boundary lines.

In addition, lacrosse fields also have a goal crease for each team that is used to dictate scoring rules in the game. The goal apparatus is situated inside the crease, which is delineated by a circle that is nine feet across. The goaltender protects the goal inside the crease, and attacking players are not allowed inside the crease area with the exception of a scoring chance known as a dive. Players are allowed to move and pass the ball behind the crease.

There are a few locations of interest on a lacrosse field you should know called the hole, the x, the box, and the GLE. These spots on the field are used during various rules and aspects of the game. They are also great shooting and passing locations that are optimal for any offense.

Play begins in the center of the field on the midfield line inside the face-off or draw circle. Teams start on opposite sides of the field, and a certain number of players from each team must remain behind the restraining line in their respective offensive or defensive end. 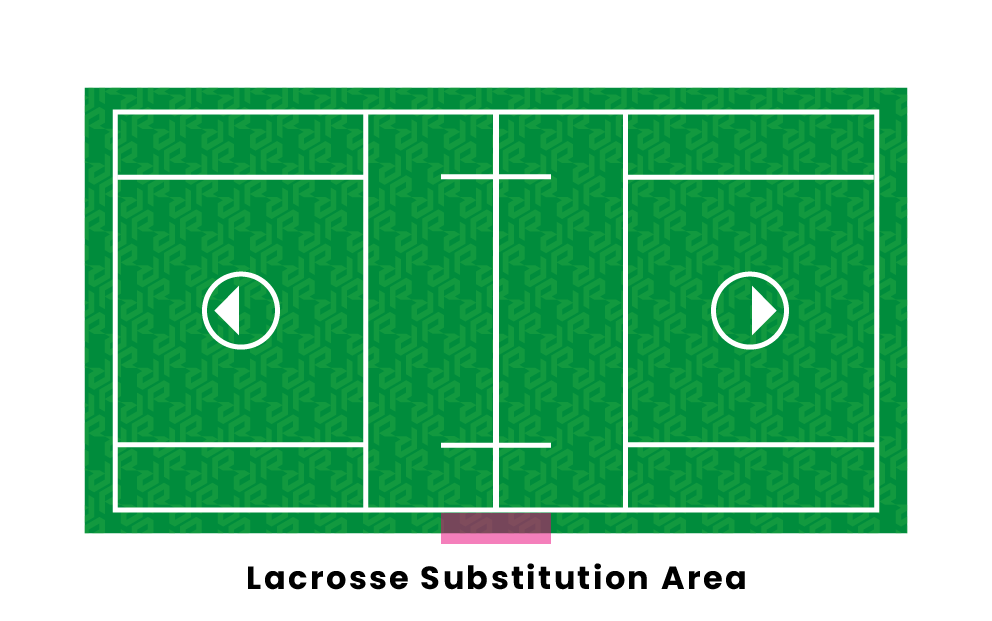 The out-of-bounds area on one side of the field includes several important areas. The penalty box and substitution box see lots of activity throughout the game, with players running through the substitution box to exchange with a teammate or serving time in the penalty box for a rules violation. Coaches and members of the team who are not on the starting roster stand on opposite sides of the midfield line extended. The timekeeper, scorekeeper and other game volunteers sit at a table at the midfield line extended behind the substitution area and penalty box.

Pages Related to What Are The Lines On A Lacrosse Field?