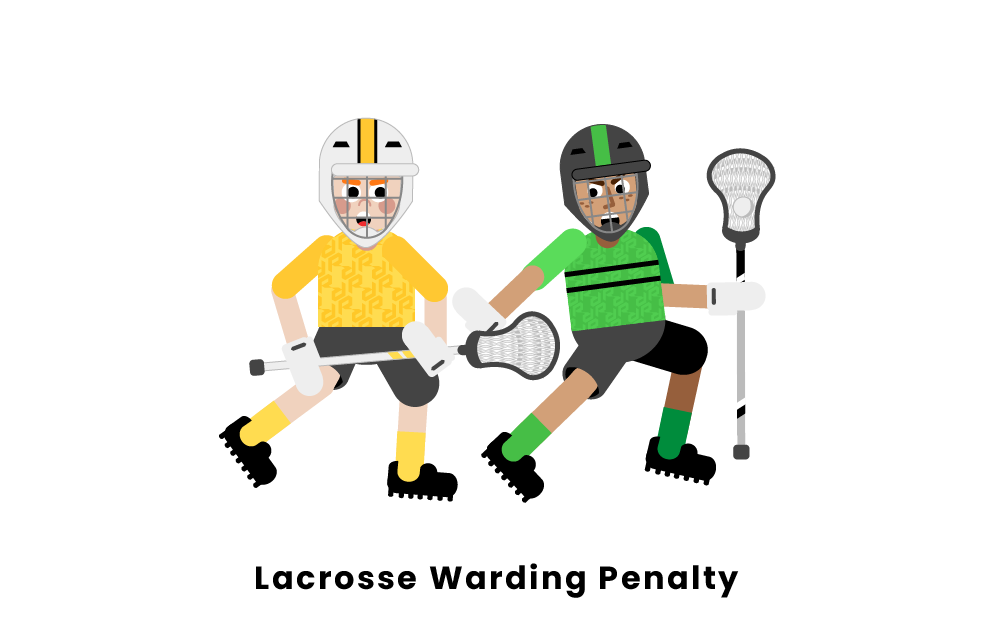 There are various physical fouls in lacrosse that earn players penalties for impeding another player. Warding, or warding off, is a penalty where a player in possession of the ball uses their free hand, or the arm of the hand that is not on their stick, to hold back, push, or otherwise move the stick or body of an opponent. Warding does not apply if a player moves another player when both hands are on their stick.

In lacrosse, there are various illegal moves that players can make that will result in a penalty. Warding is a penalty that occurs whenever a lacrosse player uses their free hand or arm to physically hold, move, or block an opposing player or their stick. In lacrosse, body contact can only be performed legally when both hands are on the lacrosse stick, and thus, it is not a penalty for a player in possession of the ball to move or control the movements of another player when they have both hands on their stick. However, if a player removes one of their hands from their crosse in order to shove back, hold, or direct the movements of another player, they will be given a warding penalty.

There are certain contact situations in which warding does not apply. If a player who is in possession of the ball is anticipating a check to their crosse from another player, they may use their free hand or arm to defend their crosse without extending their arm outward. However, if the use of the free arm extends into forcibly pushing or moving the other player or their stick aside, a warding penalty will be called.

Though lacrosse is a physical sport, which might imply that certain maneuvers that are legal in other contact sports, such as a stiff-arm, are legal in lacrosse, stiff-arming is considered warding in lacrosse. Stiff-arms are considered blatant forms of warding and will typically receive immediate penalties. Outside of such blatant warding, however, this penalty can occasionally prove difficult for officials to call in lacrosse, as there are many instances in which incidental contact between a player’s free arm and another player may occur. Since these instances of contact may not be intentional, referees need to be very careful about calling warding penalties to ensure that they are not punishing accidental contact. 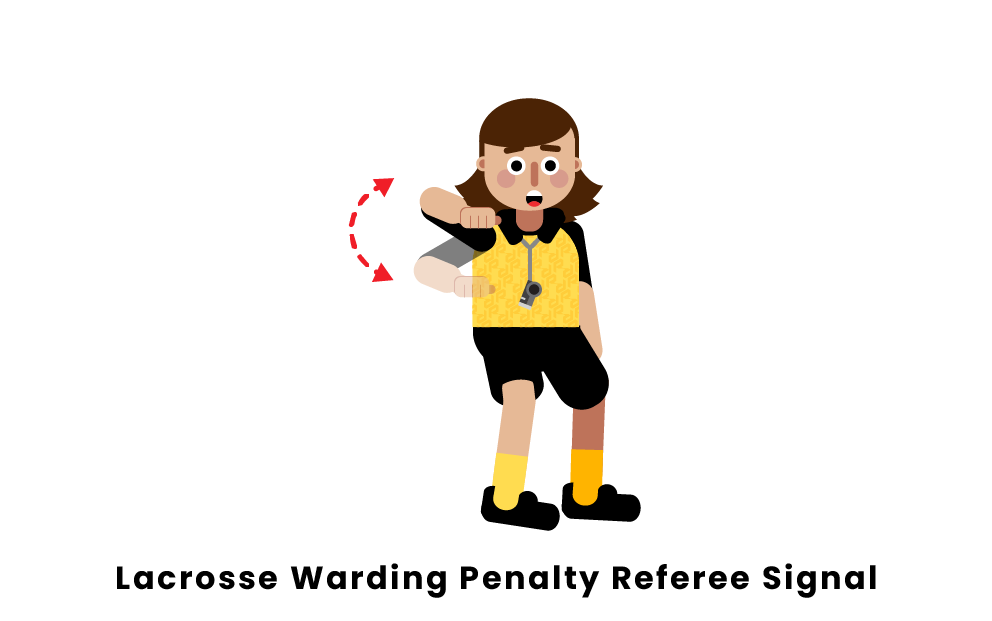 The signal for warding is the same in both NCAA and US Youth Lacrosse. It involves the referee closing his fist and bending his elbow so that his knuckles are facing upward, and then lifting his shoulder so that his elbow faces upwards and his knuckles are turned down. The referee repeats this motion multiple times to signal warding. The signal is slightly similar to the signal for an illegal body check, though the position of the fist is different.

What is warding in lacrosse?

In lacrosse, warding occurs whenever a player uses their free arm, the arm that is not holding the stick, to push, hold, or otherwise move an opponent or their stick. Various actions classify as warding, including pushing off, holding back, or stiff-arming an opponent. However, a player in possession of the ball may use their free arm to defend their stick from an opponent attempting a cross-check, though they cannot extend their free arm towards that player in the process of defending the check.

What are the consequences of being called for warding in lacrosse?

Warding is a technical foul in lacrosse. If a player is found guilty of warding, they are punished with a 30-second penalty to be served in the penalty box if the opposing team was in possession of the ball when the foul occurred. Warding is most commonly committed by the ball carrier. Therefore, if the other team was not in possession during the foul, there is no time penalty, and the other team is granted possession of the ball.

Is warding legal in box lacrosse?

Unlike traditional field lacrosse, warding is a legal tactic in box lacrosse, an indoor version of lacrosse played primarily in North America. In box lacrosse, it is legal to ward by pushing a defenseman’s stick out of the way when you are in possession of the ball. However, it is not legal for the offensive player to grasp the defensive player’s stick or body in the act of warding, as this will earn the player a technical foul for player control. It is also illegal to grasp a player’s stick when going for a loose ball or during a face-off.