Lacrosse Use of Illegal Equipment 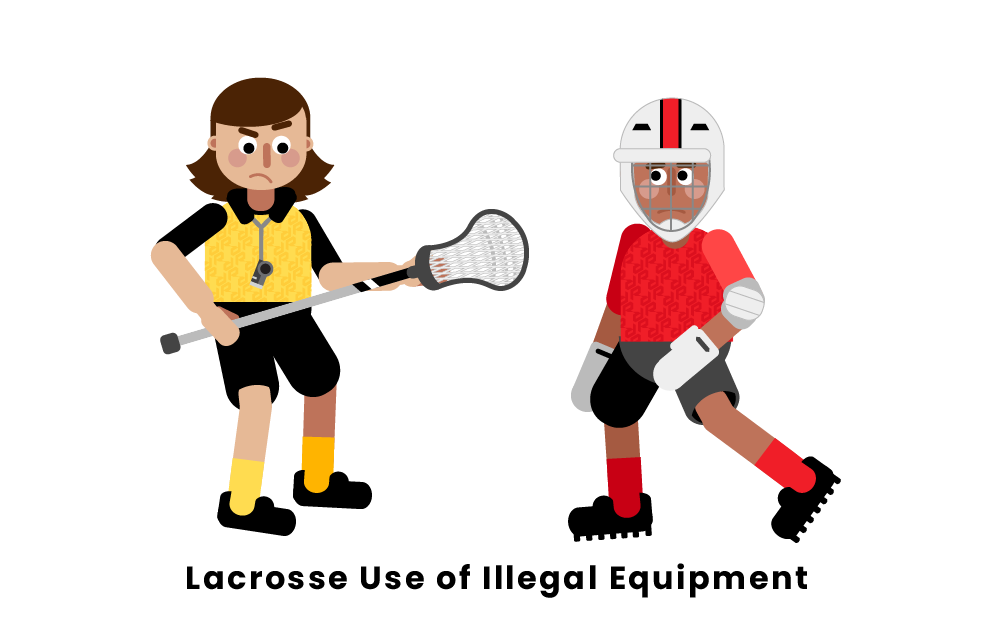 Lacrosse is a sport where athletes utilize various types of equipment in order to play. Lacrosse players use equipment such as lacrosse sticks (or “crosses”), gloves, helmets, and different types of padding to play a game. Since player equipment must be both protective and standardized among players, lacrosse officials can penalize players for using illegal equipment that does not conform to the regulations.

In lacrosse, players are subject to various rules regarding the standards and usage of their equipment. In order to ensure that everyone is using equipment that follows the rules for protectiveness and usage, lacrosse officials often inspect players’ sticks and gear for illegalities and may issue penalties for any illegal findings. Lacrosse officials have the power to perform random equipment checks, usually in the form of stick inspections, and typically do so once during each half of the game. Officials are also present for 30 minutes prior to gameplay to inspect players’ equipment. Lacrosse coaches can request a stick or equipment check for any player on the opposing team; however, there are rules that govern these inspections. Only the head coach can request such an inspection, and it can only occur during a dead ball scenario. Each head coach receives one free inspection that fails to find an illegality; afterward, they may be penalized if they request a second inspection that results in no illegal findings.

There are various forms of illegal equipment violations in lacrosse. The most common is an illegal stick. Lacrosse sticks can be illegal in a number of ways, ranging from being too short or too long to having incorrect measurements in the width of the head to having too deep a pocket. Various tests can be conducted to determine the legality of a stick. These include the table test, the forward tilt test, the lateral tilt test, and the perpendicular tilt test. If a lacrosse stick is found to be illegal for any reason, it will typically be removed from the game in addition to the penalty imposed upon the player, unless the alterations which make it illegal can be easily fixed. Other forms of illegal equipment violations in lacrosse include removing the fingers or palms of the player’s gloves, not wearing a mouthpiece, wearing an illegal uniform, or altering the gloves, shoulder pads, or other equipment in such a way that it loses its protective function.

In NCAA and US Youth Lacrosse, illegal use of equipment is a personal foul, which is more severe than a technical foul. If a player is found to be using illegal equipment, they will be given a one to three-minute non-releasable penalty, which means that they cannot return to the field until their full penalty time has elapsed, even if a goal is scored. The illegal equipment will also be removed from the game or fixed in order to meet specifications. If a head coach from one team calls for an equipment inspection that fails to find any illegality, after already having called a previous unsuccessful inspection, their team will earn a technical foul. 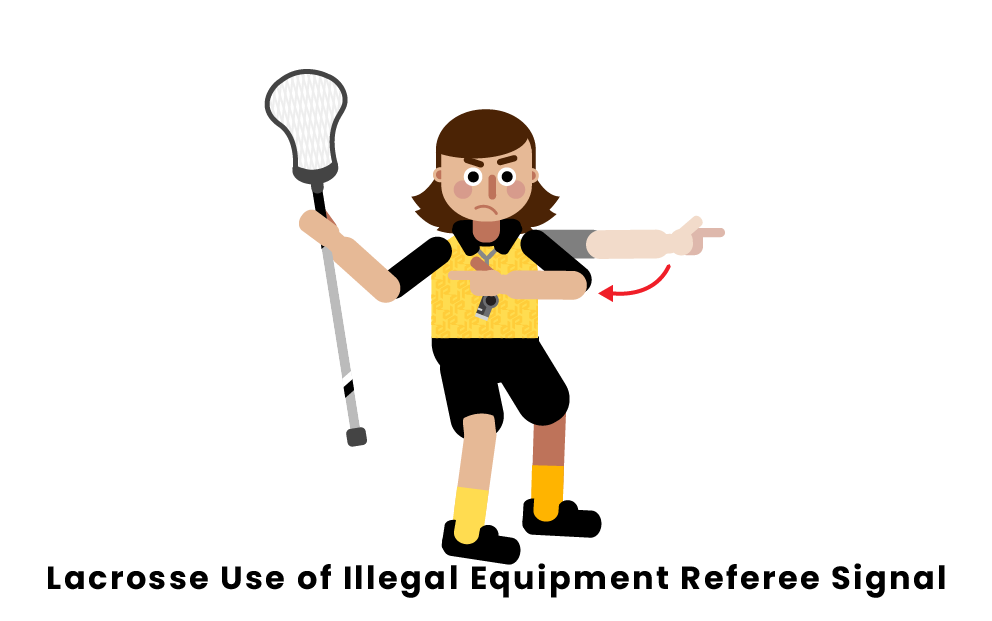 Similar Penalties to Use of Illegal Equipment

What is considered illegal equipment in lacrosse?

In lacrosse, illegal equipment is any piece of lacrosse gear that does not meet specific standards for protectiveness or fair play. Common equipment violations include having a stick that is too long or short, has illegal strings, a deep pocket, or improper measurements; wearing illegal uniforms or gloves; and altering or refusing to wear gloves, helmets, shoulder pads, or any other equipment that is needed for personal protection.

What are the consequences for being called for illegal equipment in lacrosse?

If a player is found to be using illegal equipment during a lacrosse game, they will typically receive an illegal use of equipment penalty. This penalty is a personal foul of one to three minutes in the penalty box and is a non-releasable penalty, meaning that the player cannot return to the field until their full time has elapsed, even if a goal is scored. Head coaches can call for equipment inspections against another team, but if multiple coach-requested inspections result in no illegalities, the requesting team will receive a technical foul.

What makes a stick illegal in lacrosse?

A lacrosse stick can be illegal for a variety of reasons. The most common reason is a deep pocket, which involves a stick having a mesh area that is too deep, making it hard to dislodge the ball. Deep pockets can be proven by the forward, lateral, and perpendicular tilt tests. Other stick violations include a stick being too long or short, having illegal shooting strings, having improper measurements of the lacrosse head, being wrapped with tape at the neck of the stick, or lacking an end cap.

Pages Related to Lacrosse Use of Illegal Equipment