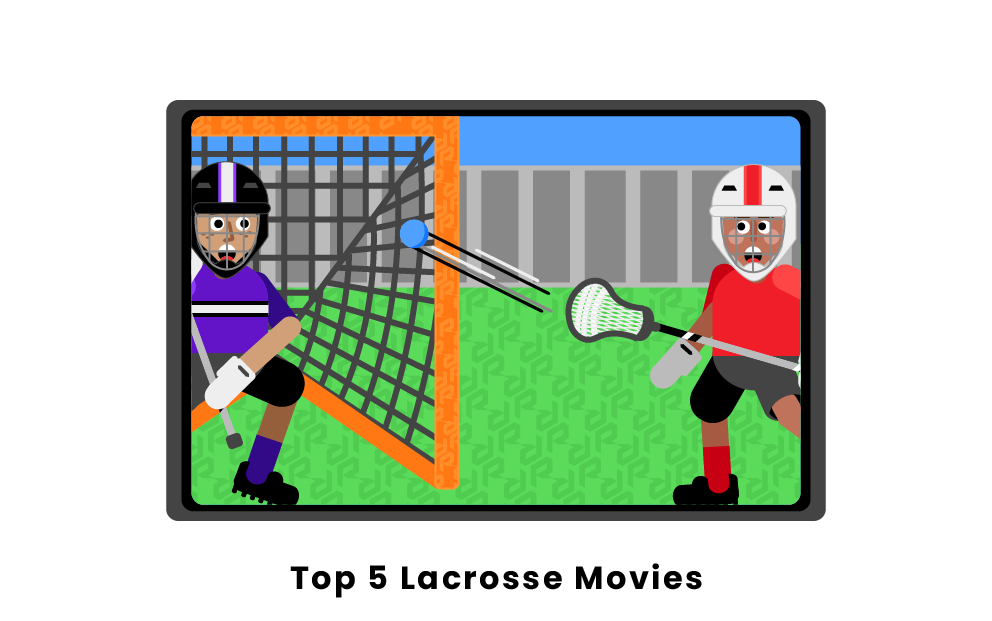 What are the most popular Lacrosse movies?

1. The Spirit Game: Pride of a Nation

The Spirit Game: Pride of a Nation, is a sports documentary that follows both the spiritual and physical matters in the sport of lacrosse. This documentary is especially important because it tells the story of the game of lacrosse from the perspective of the Iroquois and the role the sport plays in the culture of the people who originated the game. This film details the pride that the Iriquois take in who they are and the importance of lacrosse as part of their culture, rather than just a sport.

The Spirit Game: Pride of a Nation takes the top ranking due to the emphasis it gives on sharing the story of the sport of lacrosse through the lens of those who originated it.

In Crooked Arrows, a new lacrosse coach leads a team of young indigenous lacrosse players to a championship against its wealthier, non-indigenous, prep-school rival. The coach, a son of the chief of a fiction tribe and former lacrosse star, Joe, runs the casino on the tribe's land and secures approval from the tribal council to expand, though his father disapproves. The condition for the expansion is that Joe must go on a spiritual journey, deciding to restore the high school lacrosse team on the reservation, to bring pride back to the tribe and its game. Though initially a losing team, they begin to win once Joe includes his lacrosse guru and wise man, Crooked Arrow, immersing the team in the cultural and spiritual meaning of lacrosse. The team eventually arrives at the championship game against the prep school where Joe was a star player on the lacrosse team.

Though following a generic sports movie formula, Crooked Arrows earns the second spot due to its portrayal of Native American history and culture. The film is backed by the Onondaga Nation.

3. Keepers of the Game

Another raw documentary about the sport of lacrosse, Keepers of the Game documents the journey of a high school girls lacrosse team in the Akwesasne Mohawk Territory. The documentary directly addresses the gender issues, stereotypes, and sexism within the native culture, as well as the racism afflicting the team beyond the reservation. It also highlights the ongoing battle to preserve native traditions, rituals, and history both within the reservation and beyond. The Salmon River Shamrocks end up shattering the expectations of those who doubted them, reaching the championship against their regional rival.

Keepers of the Games earns a spot on the list not only for it's raw portrayal of the sport of lacrosse itself, but because it gives light to a real life example of the societal issues plaguing Native American Indians and the fight that many girls lacrosse programs have to prove that they are legitimate.

In The Grizzlies, inspired by a true story, a teacher, Russ, inspires his 'underdog' students to play lacrosse and overcome the issues plaguing their arctic community. The remote, canadian arctic village is bleak and has the highest suicide rate in all of North America. Many of the students in the film are caught between the education system and cultural practices, stuck in toxic relationships and headed for failure. The lacrosse team is formed when Russ thinks it would benefit his students to take out their emotions through sport, giving them goals to aspire to. The Grizzlies creatively exhibits the culture of indigenous arctic peoples and their dynamics, while providing a heartwarming sports narrative, showcasing how sports can heal communities.

The Grizzlies is a more recent lacrosse film and shows a different perspective on lacrosse with being set in a native Canadian village. Based on a true story, The Grizzlies gives a prominent example as to how sports, at any level, can impact people's lives.

In A Warrior's Heart, Conor Sullivan, a lacrosse player who recently moved from California to Virginia, is arrogant, has a temper, and lacks teamwork skills. This all comes undone when his father is killed in action in Iraq. His teammate and friend decides that he has to intervene, taking Connor to a wilderness camp where he teaches him the tribal origins of lacrosse and the Iroquois belief in a creation divinity. Throughout the movie, Connor also falls in love with the coach's daughter, Brooklyn.

Though the move is predictable by nature, it is a heartwarming look at how the sport of lacrosse, and sport in general, can help someone overcome a difficult period in their life and emerge better on the other side.