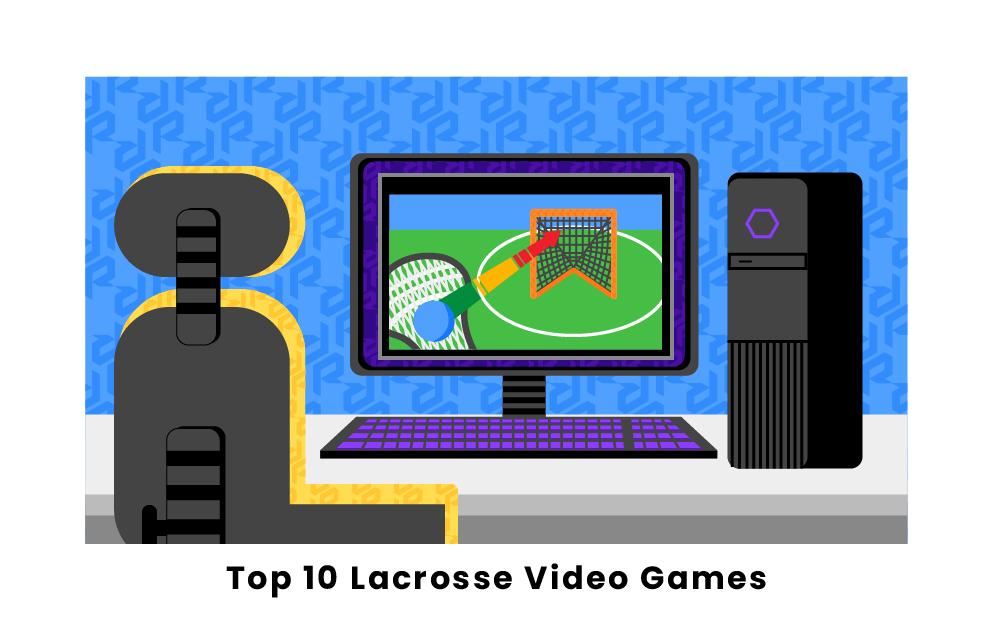 What are the best lacrosse video games?

Casey Powell Lacrosse 18 is the most recent and in depth lacrosse game available. It was released in April of 2018 for Playstation 4, Xbox One, and Microsoft Windows. The game features the most detailed graphics and gameplay of any lacrosse video game to date. Casey Powell Lacrosse 18 allows gamers to play a fast paced, realistic, and entertaining simulation of lacrosse games and practices. New features include the ability to customize stadiums, logos, and team's identities. Additionally, newly enhanced AI allows the game to feel more authentic by taking into account the complexity and tactics of real offensive and defense possessions in the sport. Overall, Casey Powell Lacrosse 18 is a clear frontrunner for the best lacrosse video game available today.

Blast Lacrosse is a classic video game and one of the first lacrosse games ever made. It was released on Playstation in 2001 from Sandbox Studios and Acclaim Sports. This iconic lacrosse game was officially licensed to the National Lacrosse League and featured all nine NLL teams at the time. Unlike most lacrosse video games today, Blast Lacrosse is based on 5 versus 5 indoor lacrosse instead of larger scale outdoor lacrosse. The gameplay in Blast Lacrosse is similar to NBA Jam or NFL Blitz games where players receive a bonus for scoring a hat trick or being "on fire." Filled with powerful checks, skilled dodges, and high speed shots, this game is a thrilling representation of the sport. Blast Lacrosse was one of the most fun games of its time and set the standard for lacrosse video games of the future.

College Lacrosse 2012 is an in-depth indie game that provides the full lacrosse experience. It was released in early 2012 to be playable on Microsoft Windows, with a plan to release the game for Playstation 3, Xbox 360, Wii, and IOS devices in the following years. The game featured impressive graphics for its time and had an accurate representation of lacrosse mechanics. College Lacrosse 2012 offered single players, online multiplayer, and challenge modes. The game uses a joystick shooting mechanic, which was unique in comparison to other lacrosse video games at the time. Its unique control scheme allowed for realistic movements and responsive shooting, passing, and checking while playing the game. Although College Lacrosse 2012 never made it to its full release on other consoles, the game had promising gameplay that kept fans entertained and visually pleased.

Flick Lacrosse Lite is a fun mobile lacrosse game that has mini-game-style gameplay. It was released in 2013 for IOS and Android devices in conjunction with a few other lacrosse based mobile games. The goal of Flick Lacrosse was to raise awareness and collect funding for the future release of College Lacrosse 2014. Flick Lacrosse allows players to practice their shooting techniques with a flicking motion on their mobile devices. Players gain points by shooting at targets or ripping corners to build up streaks in a designated amount of time. While Flick Lacrosse isn't a full field competitive lacrosse game, it certainly provides an entertaining gaming experience with great attention to detail.

Lacrosse Shot is another mobile device mini-game style lacrosse video game. It was released in 2013 along with Flick Lacrosse Lite and Lacrosse Dodge with the purpose of raising funding and awareness for the larger scale College Lacrosse 2014 game. You can download Lacrosse Shot on IOS or Android devices from the App Store or Google Play Store. The game uses a third person point of view and has multiple game modes and difficulties to practice shooting. In Lacrosse Shot, players are placed in front of the goal with the challenge of scoring or hitting targets to win coins. The game has online leaderboards where players can compare their performance to others. Lacrosse Shot is very similar to Flick Lacrosse Lite, and is an entertaining pastime for lacrosse fans looking to game on their mobile devices.

Lacrosse Dodge is a unique mobile game that features mini-game style play focused on offensive dodges in lacrosse. It was the third game released in preparation for College Lacrosse 2014. The game is playable on IOS and Android mobile devices. Lacrosse Dodge is unique in comparison to other mobile lacrosse games for its utilization of tilt mechanics for gameplay and dodging techniques. Players can quickly avoid defenders or obstacles by using different dodges to gain coins. Overall, Lacrosse Dodge is a fun and creative mobile game for any lacrosse fan.