The roster in lacrosse is the list of players that make up a full team. A roster at full strength will have multiple players for every position on the field. In this tutorial, we will cover the basic rules of a lacrosse roster. 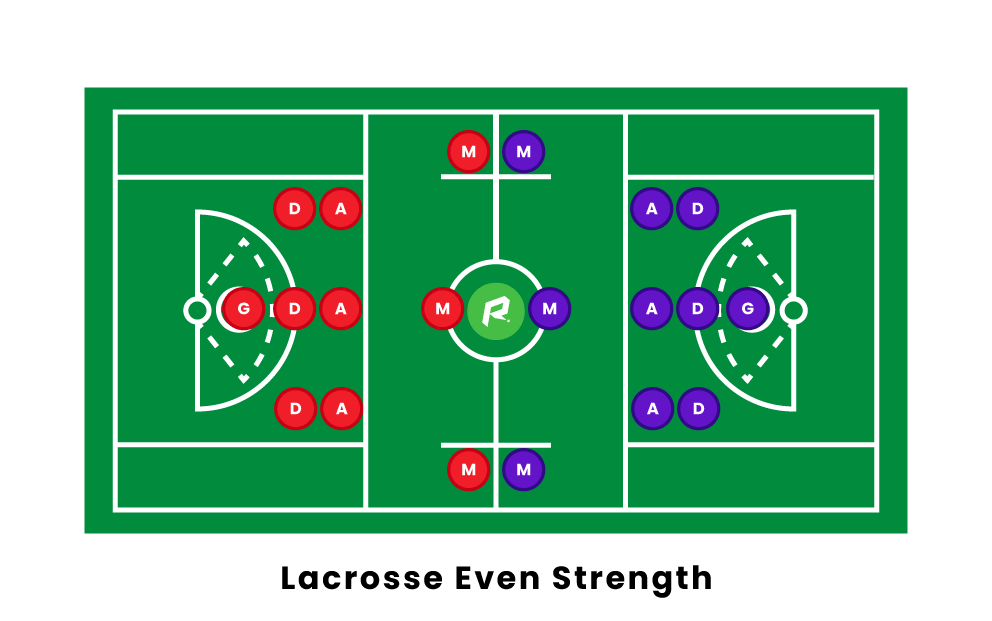 A men's collegiate program typically has a roster of 35-45 players in total. In Major League Lacrosse, a team can field 19 players on its active game day roster. In men's field lacrosse, there are ten players in the starting lineup on the field. The starting lineup roster includes three attackers, three midfielders, three defensemen - with a maximum of four long stick midfielders or defensemen on the field at one time - and one goaltender.

In collegiate play, if a team cannot field 10 players at the start of a game, they forfeit the game 1-0. If a player is ejected from a game, they are not allowed to reenter the game. Each team is required to have one or more captains on the roster. The captain(s) have official duties for the game, namely calling the coin toss at the start of every game.