Passing is an essential component of the game of lacrosse. Passing is the action of throwing the ball between teammates. It allows the offense to keep possession and advance the ball towards their goal. In this tutorial, we will cover the basic passing motion, different types of passes, and how passing is executed on the field.

To perform a basic overhand pass, a player cocks the crosse back past their shoulder, steps forward with the opposite foot and pushes the top hand forward while pulling the bottom hand towards the midsection. Sliding the top hand farther down the stick allows the pass to travel a greater distance. 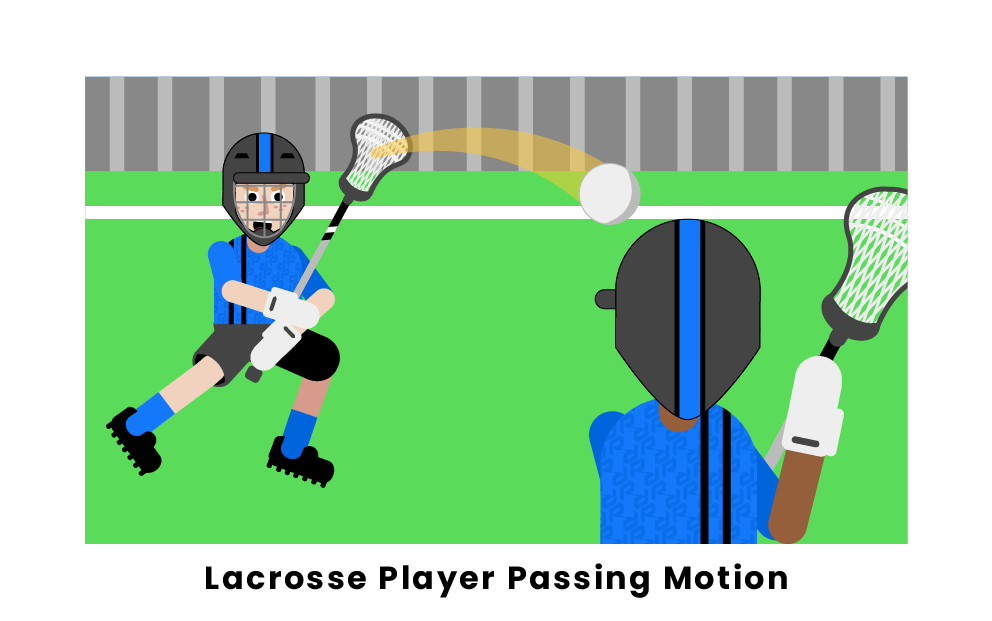 There are several different ways to pass the ball in lacrosse. Depending on their positioning on the field and the number of defensemen around them, an offensive player preparing to pass will need to use different tactics to advance the ball and keep possession. This is a complete list of the different forms of passing.

An assist in lacrosse is a pass to a teammate that immediately results in a goal by the player receiving the pass. Assists are a key offensive statistic for individual players. Assists require strong feeding ability and field vision.

Behind the Back Pass 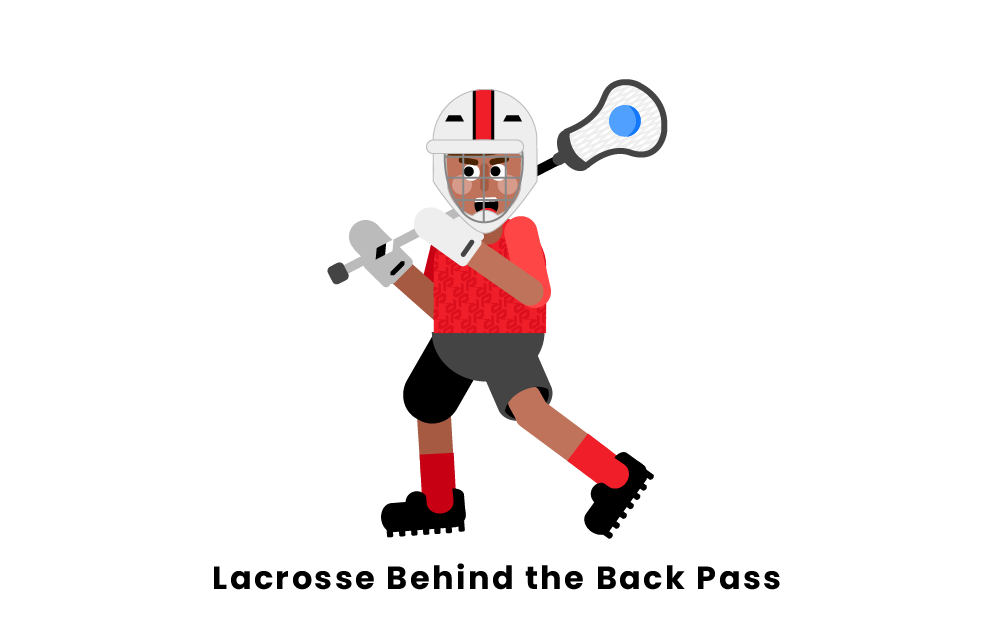 The bounce pass in lacrosse is a type of pass that intentionally bounces once on the ground between the passing player and the receiving teammate. It can be an effective form of passing to get the ball under a defender's stick.

The crease pass in lacrosse is a pass that originates from the crease area. A crease-to-crease pass travels behind the goal from one side of the field to the other.

The diagonal pass in lacrosse is a pass made from one player to another on a diagonal angle. It can refer to a pass made anywhere on the field, although it often relates to a skip pass in the offensive end between a crease player and a midfielder playing high on the 12-meter fan or close to the center line.

A feed in lacrosse is a pass from one attacker to a teammate that sets up a shot on goal or next offensive move. It is common to see feeds to a cutting player from around the critical scoring area and 8-meter or 12-meter arc.

The flip pass in lacrosse is a pass made at close range by flicking the crosse up and driving the butt-end down while the stick is parallel to the ground. It is an effective pass in close range to quickly change direction.

A give and go in lacrosse is an offensive play involving two attackers. The ball handler makes a diagonal or lateral pass to a teammate and then immediately cuts past their defender toward the goal to receive a pass back from their teammate.

The no-look pass in lacrosse is the act of passing the ball to a teammate while facing or looking in a different direction.

Over the Shoulder Pass

The over the shoulder pass in lacrosse is a pass that is received over the shoulder. This pass is particularly effective during a clear, when the clearing team wants to move the ball upfield without having to turn their bodies and stop to receive a pass.

The overhand pass in lacrosse is a pass made with the stick perpendicular to the ground in an upright position. It is the most basic style of pass and is more accurate than a flip pass or sidearm pass. 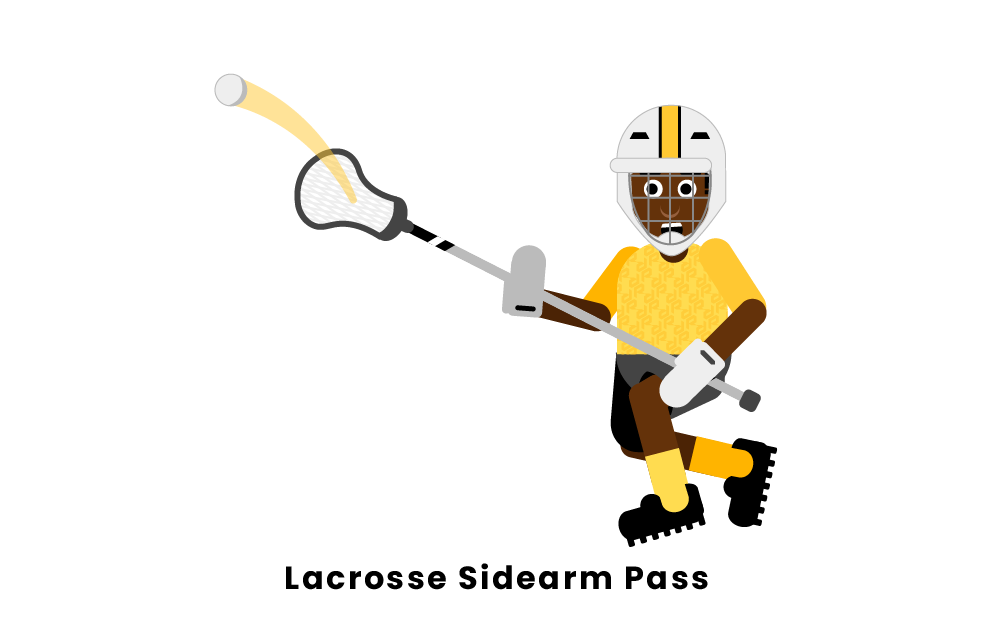 A skip pass in lacrosse is a pass that intentionally skips over an adjacent teammate to find another teammate positioned further away from the player that initiated the pass. It is used in a settled offense to shift the zone or when an adjacent player is being marked man to man.

Passing is the most efficient way to move the ball from the defensive area to the attacking area. A strong offensive team will have a high completed pass percentage. When the defense gains possession of the ball in their defensive area, either on a caused turnover or save, they attempt to clear the ball. Clearing is best executed with midfield cutting patterns and long passes. When the defense catches a pass intended for an offensive team member, it is called an interception.

There are several slang terms that refer to passes. These include bomb, dime, and dish. A bomb is a long throw by the goalie from their crease into the offensive end. A dime is a perfectly accurate pass and a dish is another way of saying a pass.