Offsides rules are in place to balance the offensive and defensive strength of each team across the field. Offsides in lacrosse is a penalty that results from a team having too many players on the field in total or too many players across the restraining line in either their offensive or defensive half. All field players and coaches must have awareness and field vision to anticipate a developing offsides situation. Offsides most frequently occurs in transition, during a line change or during fast breaks. Unsettled situations put each team at risk of mistakenly moving into an offsides position.

In this tutorial, we will cover the maximum number of field players allowed in each attack and defensive area; the restraining lines; and what type of penalty is assessed for offsides. 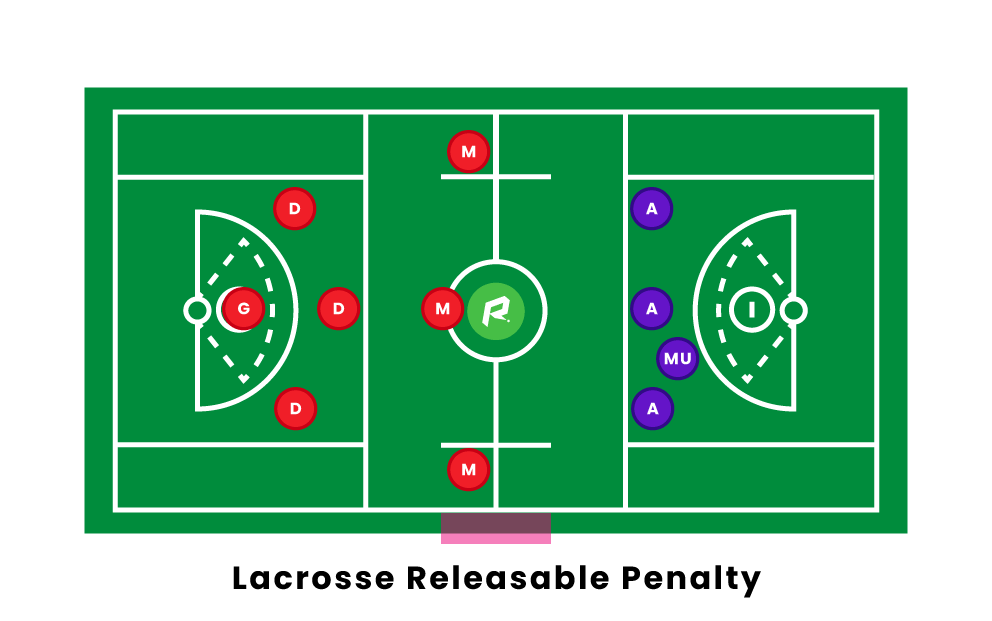