There are lots of terms in lacrosse to learn and understand. Here are some of the important glossary terms if you are learning to play lacrosse or a parent teaching your child.

Offense: The offense in lacrosse is the set of attackers and midfielders in the offensive half attempting to score against their opponents.

Defense: The defense in lacrosse is the team without possession of the ball that is trying to cause a turnover and prevent the offense from scoring.

Possession: Possession in lacrosse is when one team is controlling the ball. It can also refer to a single defined offensive set. The team with possession of the ball is moving towards their offensive half and trying to score on goal.

Lacrosse Stick: The lacrosse stick is an essential piece of equipment that players use to pass, catch and cradle the ball. Players may not use their hands to handle the ball. The stick consists of the shaft/handle, the crosse/head, which is composed of the pocket and sidewalls. 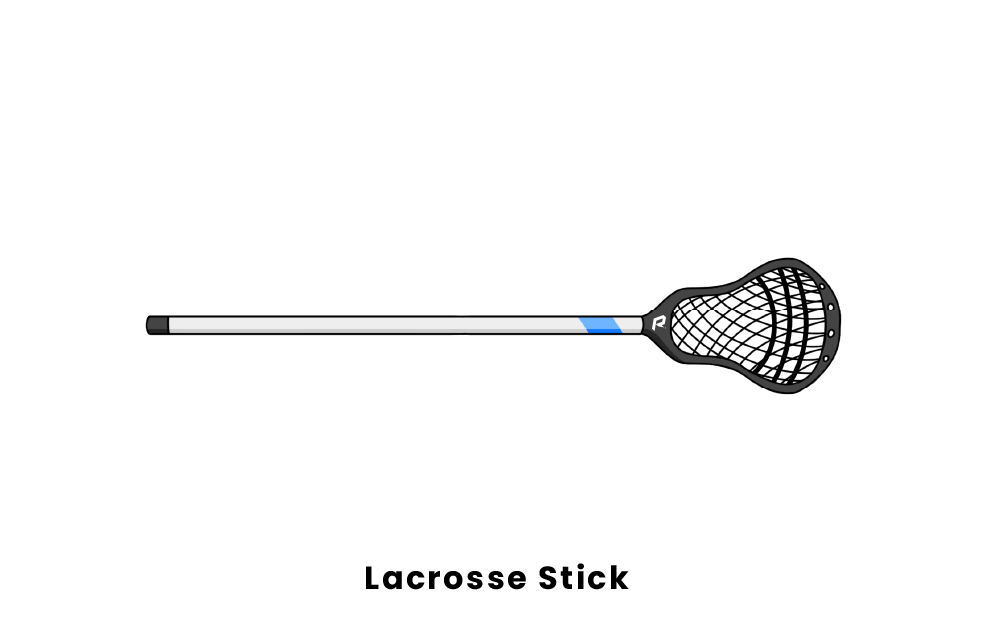 Dodging: Dodging in lacrosse is the act of moving quickly around an opposing player with possession of the ball. There are different types of dodges, including the face dodge, a roll dodge and the split dodge. 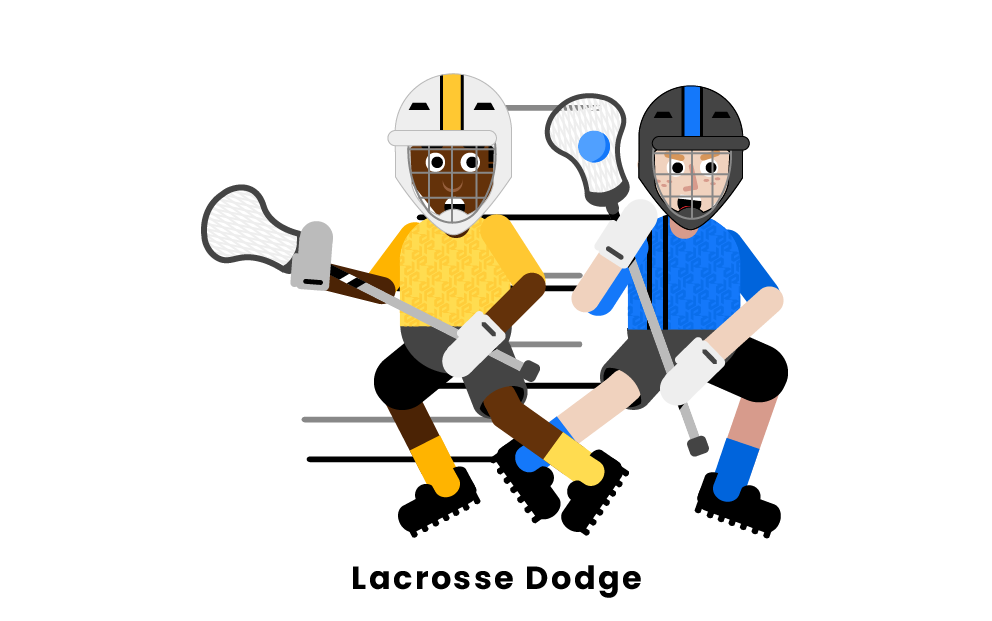 Checking: Checking in lacrosse is a defensive technique used to dislodge the ball from an opponent's crosse. A check is when the stick of a defender intentionally strikes the crosse or butt end of their opponent's stick. Illegal or overly aggressive checks can draw a penalty from the official.

Crease: The crease in lacrosse is the circle area around the goal. It is a protected area. Attackers and defensemen may not enter the crease, and the goalie cannot cross into the crease area in possession of the ball.

Feed: A feed in lacrosse is a pass from one attacker to a teammate that sets up a shot on goal or next offensive move. Feeds and the specific position of the feeder are often drawn up in set plays by the coach or offensive coordinator. A feed that leads directly to a goal counts as an assist.

Face-Off: The face-off takes place at the start of each quarter and after each goal in men's field lacrosse and indoor lacrosse. A face-off also occurs after a dead ball. In a face-off, two members of the opposing teams, usually short-stick midfield players, battle for possession of the ball close to the ground by raking or clamping the ball into their stick.

Penalty Box: The penalty box in lacrosse is an area of the field located within the substitution area outside of the sideline in front of the scorer's table. Players who receive a penalty serve out the penalty for the duration in the penalty box.

Coaches will develop an advanced understanding of the game to develop offensive and defensive strategies for their team. Here are a few glossary terms for coaches.

Set Play: The set play in lacrosse is an offensive strategy that is practiced and memorized by the offensive team. A set play is used in a settled offense situation and can involve a variety of offensive tactics, including a designated feeder, cuts, dodges, picks and screens. To initiate a set play, members of the offensive team will call out a special name or phrase.

Ride: The ride in lacrosse is when the attacking players quickly transition on to defense on a clear or turnover to try and pin the defense in their own half and slow down the fast break.

Restraining Lines: The restraining line in lacrosse is a line that runs parallel to the center line and end lines and divides the offensive and defensive area from the midfield area.

Extra Man Opportunity: The extra man opportunity in lacrosse is when a team has one more player on the field as a result of a penalty assessed against the other team. The offense has an advantage against the man down defense.

Zone Defense: The zone defense in lacrosse is a defensive formation strategy that defenses will use to protect zones of the field instead of man to man marking. If an attacker enters the area of the zone that a defenseman is covering, that defenseman will go mark them.

There is a lot of lingo in lacrosse. Here are some terms that players, coaches and announcers will use.

Bomb: The bomb in lacrosse is a long throw by the goalie from their crease into the offensive end. It is similar to a hail mary pass in football or basketball.

Cage: The cage refers to the goal. Coaches and players will refer to the cage to direct the attack, defense or to coach the goaltender on their positioning.

Crank: A crank describes the action of pulling the lacrosse stick back and high above the stick side shoulder to wind up for a hard, perimeter shot.

D-Pole :A d-pole describes a long pole defenseman. In men's field lacrosse, teams may have a maximum of four players on the field at any one time who play with long poles, usually three defenders and one long stick midfielder (LSM). 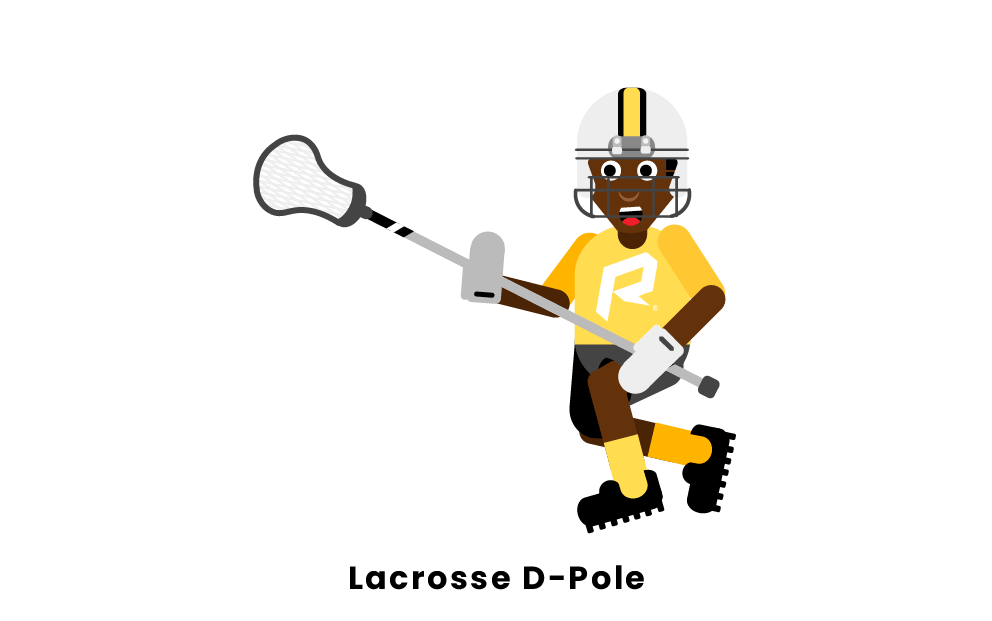 Deuces: The deuces in lacrosse is a slang term to call out a two-player formation on offense, such as a 1-2-2 set, 2-2-2 set or 3-1-2 set. It can also signify a player who has scored two goals in one game.

Dime: A dime is slang for an excellent pass. It is called a dime in reference to a top score of ten out of ten points.

Dish: A dish is slang for a nice assist pass. An attacker might dish the ball to their teammate in a two on one situation for a shot on goal.

FOGO: The FOGO in lacrosse is a slang term that refers to a face off, get off specialist. A FOGO player is a men's lacrosse special teams player whose top skill is winning the face-off and then quickly clearing the field for a substitution.

Goose: A goose refers to a loose ball situation when a player uses the lacrosse stick to make contact with and redirect a ground ball to a teammate to gain possession rather than scooping the ball into their own pocket.

Hole: The hole in lacrosse refers to the area directly in front of the goal and the crease line. Garbage goals, crease dives and quick shots often take place in the hole. In transition, defenders will sometimes sprint to the hole before fanning out to mark a player on the perimeter or in the alley.

Lax: Lax is short for lacrosse.

Middie: A middie is slang for a midfielder. The midfielders in lacrosse are the players that play in between the attackmen and defensemen.

Rip: A rip in lacrosse is a very fast, hard shot. Players will wind up or crank to shoot a rip with more velocity and pace.

Yard Sale: A yard sale in lacrosse is when a defender makes a legal check that causes the opposing player to drop their stick on the ground and lose the ball. It is a play that generates a lot of cheering from fans. 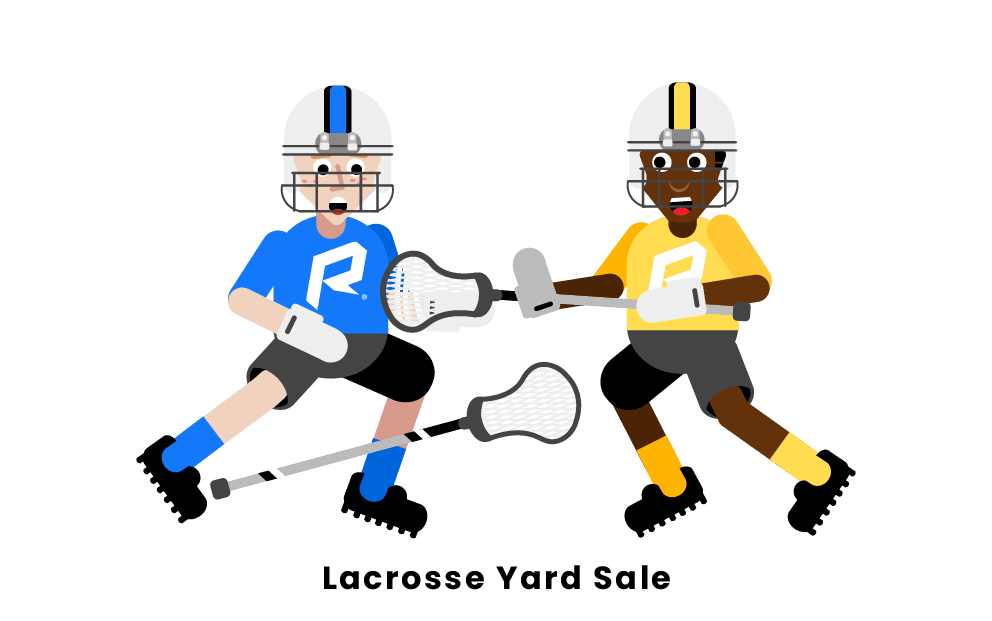