Timeouts are an essential part of lacrosse. Timeouts are a stoppage of play that can be called by a head coach, official or field player. A timeout allows the coach to discuss strategy with his or her team and make any necessary tactical or roster adjustments. They can also be used to give players a rest and recovery period, halt the momentum of the opposing team or allow a team to regroup after several goals are scored against it. In this tutorial, we will cover the rules and procedures for timeouts. 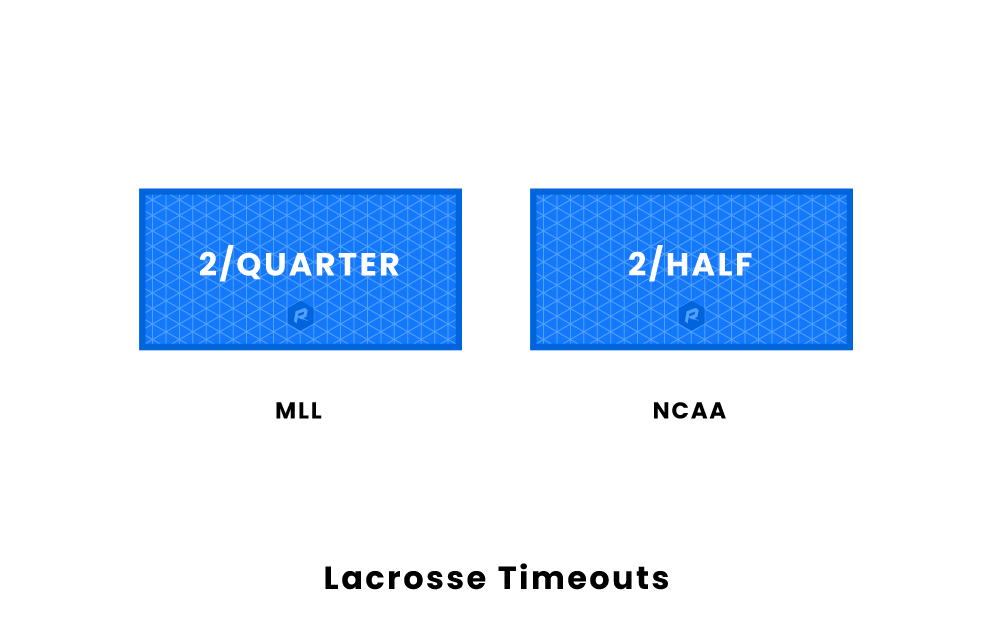 There are several types of timeouts in lacrosse. Here is a list of the different kinds of timeouts:

A team timeout may be called during a stoppage of play or during live ball play. Each team is allowed two timeouts per half and an additional one timeout during sudden death overtime. The maximum length of a timeout is two minutes. Teams huddle on the sideline in front of each coaches area during a timeout. Any field player or head coach may signal for a team timeout.

There are rules dictating when each team is allowed to call a timeout to preserve the integrity of the game and avoid disrupting an offensive advantage. In a live ball play situation, the team in possession can only call for a timeout when the ball is across the restraining line in the offensive area. If the offense calls a timeout with possession of the ball in the attacking area, the shot clock pauses and then resumes with the time remaining once the players take the field again.

The defense may only call a timeout during a stoppage of play when the ball is out of bounds. If the stoppage is within the field of play, only the offense or team set to gain possession of the ball can signal for a timeout. If the defense calls a timeout, the shot clock resets to 80 seconds, allowing the offense to have full opportunity to make a scoring play.

The official can signal for a timeout or stoppage of play at any point. An official timeout does not count against the team timeout limit. Examples of when an official timeout may be called include an approaching thunderstorm, inappropriate spectator behavior that is negatively impacting the flow of play or an injury situation.

Injury timeouts result when a player on the field sustains an injury that requires immediate medical attention or a substitution. The official, head coach or field player can call an injury timeout. An injury timeout does not count against the two-per-half team timeout limit. A teammate must be substituted immediately for the injured player.