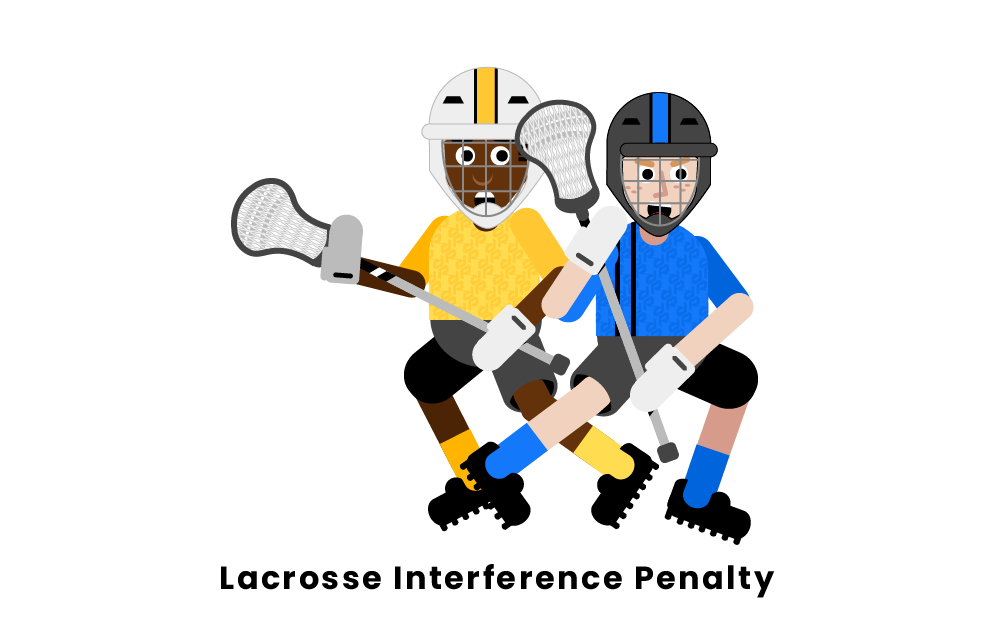 In lacrosse, the free movement of all players is an important part of gameplay, and rules exist to prohibit players from unnecessarily inhibiting another player’s freedom of movement along the field. Whenever a player on a lacrosse team deliberately impedes the movement of an opponent who is not in possession of the ball, that player can receive a penalty for interference.

In lacrosse, it is forbidden for any player to deliberately interfere with the free movement of another player unless that player is in possession of the ball. Interference can comprise almost any action, so long as it directly prevents another player from moving freely or pursuing the ball. Interference can include actions such as holding, cross-checking, pushing, and illegal screening. However, the rule against interference does not prohibit legal offensive screens, which do not involve interference because the screener must be stationary when the screen occurs or make no contact with the player they are screening.

Interference in lacrosse can occur in a variety of ways. The most obvious way is by any player deliberately blocking or holding back another player who is not in possession of the ball, thus preventing that player from providing aid to their teammates or pursuing a loose ball. Interference does not apply if the player being impeded is in possession of the ball, is within five yards of a ball currently in flight, or is within five yards of a loose ball. In these cases, since both players are either pursuing the ball or attempting to keep it, interference can occur as a form of legal defense without a penalty being called. However, an interference penalty is warranted whenever a player holds, cross-checks, or performs any other kind of restrictive action against another player who neither has possession of the ball nor is within five yards of it. 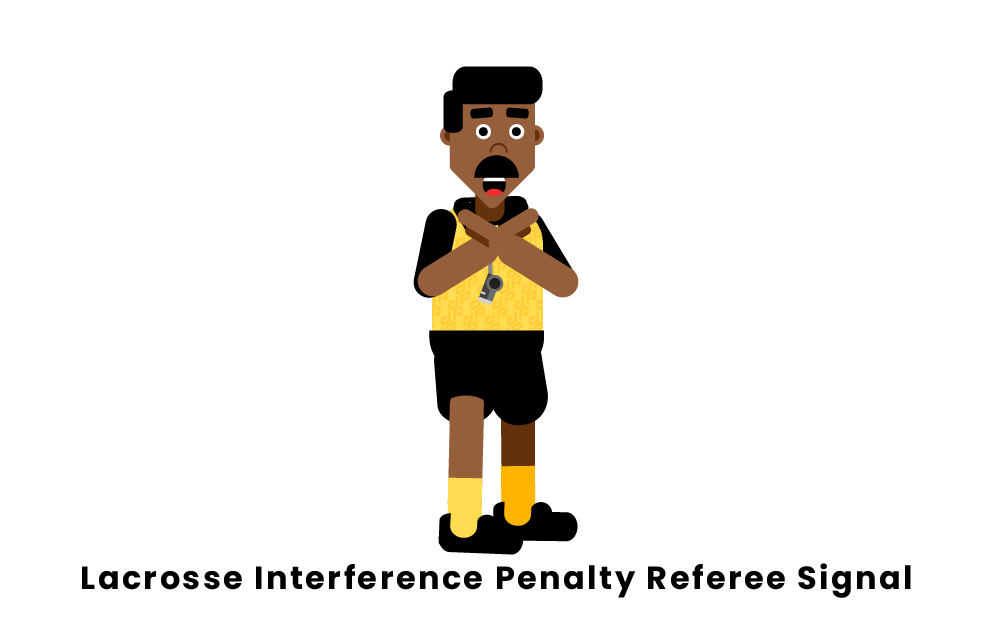 In both NCAA and US Youth Lacrosse, the signal for interference is the same. In order to signal interference, the referee will stand with his arms crossed over his chest in an X-shaped fashion, placing the palms of his hands on his shoulders.

What is interference in lacrosse?

What are the consequences of being called for interference in lacrosse?

Interference in lacrosse is a technical foul and is thus a minor penalty. For technical fouls, if committed by an offensive player, the penalty is an immediate turnover of possession to the opposing team. If a defensive player commits a technical foul, they receive a 30-second suspension from the game. However, this is a releasable penalty, which means that the penalized player can return to the game partway through their penalty time if the other team scores a goal.

What are the types of interference in lacrosse?