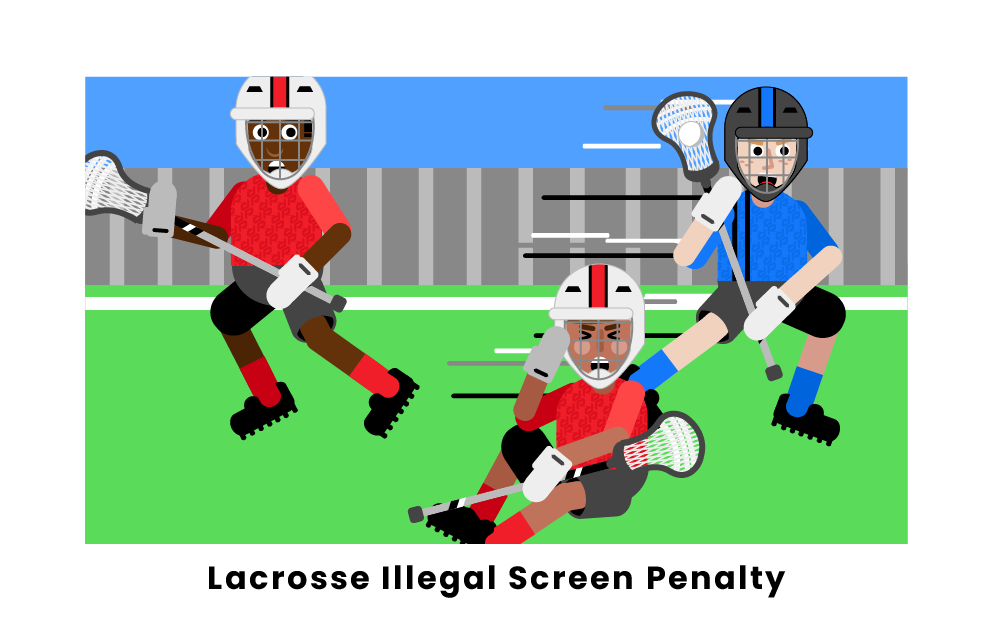 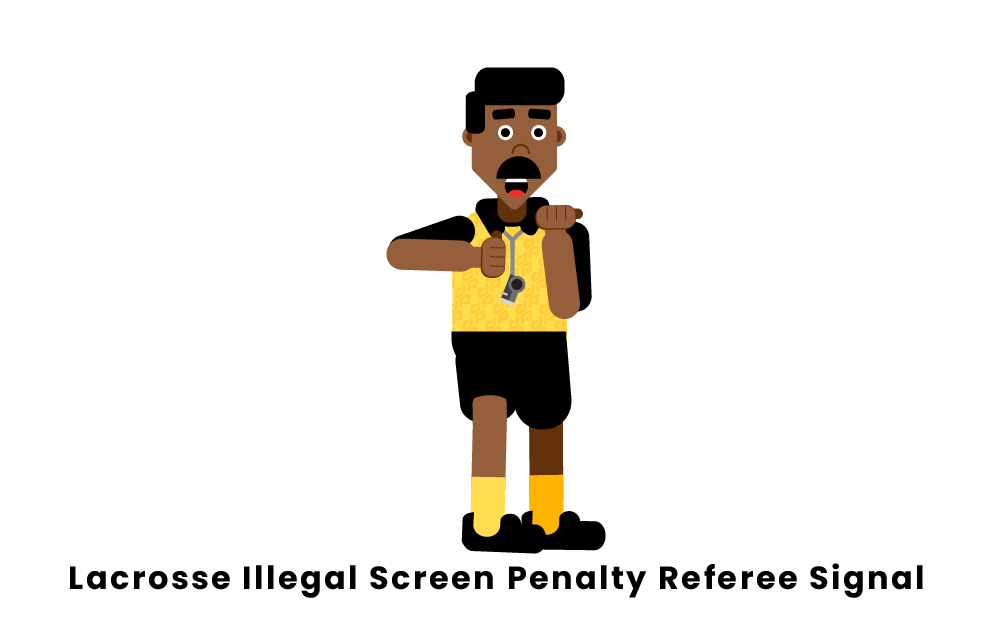 The signal for illegal screening is the same in both NCAA and US Youth Lacrosse. To make the signal for an illegal offensive screen, the official will bend the elbow of their left arm and close their left fist so that it sits beside their chin. Then, making a fist with their right arm, the official will bend their elbow and make a punching motion into their raised left arm.

What is an illegal screen in lacrosse?

What are the consequences of being called for an illegal screen in lacrosse?

What is a screen in lacrosse?

In lacrosse, a screen is a maneuver made by the offensive team to block defensemen from pursuing or guarding the ball-holder so the ball-holder can create space to attempt a shot. Screening is a very technical process and must follow certain rules. Offensive players engaging in a screen must be totally stationary, in a vertical position, and must not stand with their feet any wider than their shoulders. A player may not use their stick to impede the opponent while setting a screen. Screeners are also prohibited from leaning their shoulders or hips into a defenseman’s path, even if their legs remain stationary in the process. Finally, a screen cannot be created with the intent of causing contact or delaying an opponent from reaching a destination unless there is a loose ball within five yards.