How Much Do Lacrosse Tickets Cost? 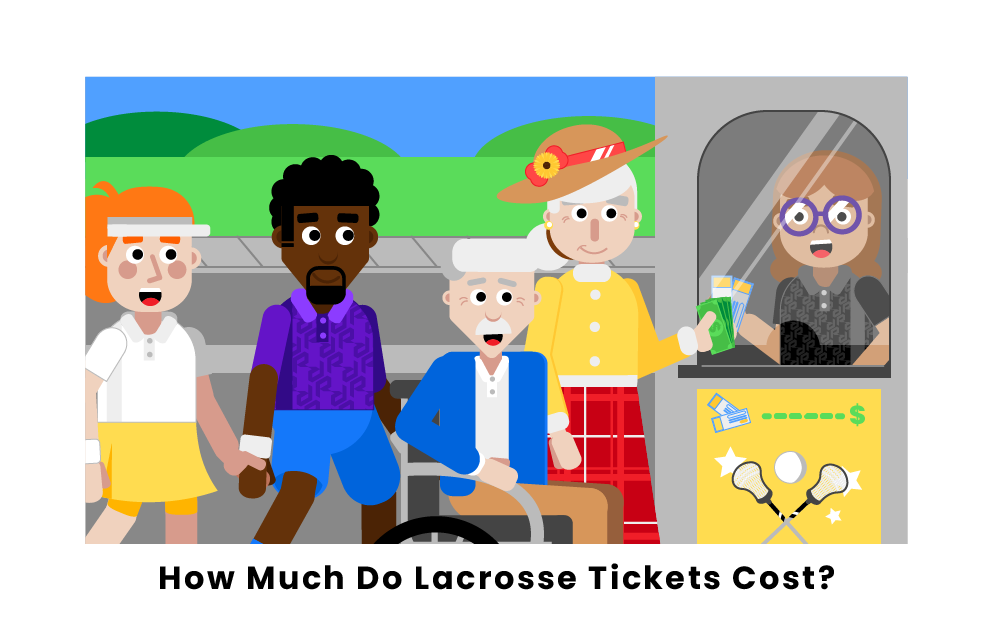 While lacrosse is one of the oldest sports in North America, it has not gained the widespread popularity throughout the continent that sports such as baseball, basketball, and hockey have experienced. However, lacrosse is an NCAA-sanctioned sport, with many schools across the country fielding teams. There is also a fairly new professional lacrosse league, the Premier Lacrosse League (PLL), that currently has eight teams that do not play in one single stadium. They instead travel around to different cities each weekend during the summer.

As with any other sport, the cost of tickets depends on the popularity of the team playing and how much demand exists for each ticket. Seventy-four schools sponsor Division I lacrosse programs. The most popular teams are found along the east coast in New England and the mid-Atlantic in states such as Virginia, Maryland, Delaware, Pennsylvania, New York, and Massachusetts.

Lacrosse is a spring sport, with the regular season being played from February until May. Schools will often have tickets available for the general public several months before the start of the season. However, postseason tickets are more expensive, with the NCAA lacrosse championships having a significantly higher ticket price for admission than a regular season game. The NCAA Lacrosse Championships in 2023 will be held at Lincoln Financial Field in Philadelphia, Pennsylvania, and single tickets cost anywhere from $42 to $215 each. There will often be around 30,000 fans in attendance for the championship games, which is significantly larger than a regular season game, and this high demand pushes the price up. The average ticket price across NCAA Lacrosse Championship history is between $100 and $120 per spectator.

Professionally, there are not as many options for fans from a spectator perspective as in college. While 74 schools sponsor a Division I program and more than 500 NCAA-sanctioned lacrosse schools overall, there are only eight professional teams that currently play in the Premier Lacrosse League. The PLL was founded in 2020 and merged with Major League Lacrosse in December of that year. The PLL had seven teams originally and added an eighth from Major League Lacrosse. The PLL is unique because none of the teams in the league have a home city. Rather, the league travels to different cities every weekend to showcase all eight teams. Due to this, the league sets the prices for each game, not individual teams; often, tickets will be sold as a weekend package instead of for one individual game.

The PLL partners with Ticketmaster to sell tickets online for each weekend, and the price for tickets varies from city to city. For example, for the weekend of July 23rd and 24th, 2022, the PLL plays in Fairfield, Connecticut, at Rafferty Stadium. Games are played on Saturday and Sunday of that weekend, and for general admission tickets for one day, tickets cost $32 per spectator, and a weekend pass for all four games on both days costs $74 each. All tickets cost the same for that weekend, since there is only one seating section on each side of the field. While each weekend will have different prices for seats based on the ticket package and other factors, this gives a general idea of how much PLL tickets cost per fan.

Along with single-day and weekend packages, the PLL also offers group tickets and suites for fans willing to spend a little extra money to watch the games. While group ticket costs are not publicly available, suites are much more expensive than general admission tickets to a PLL weekend slate. Suites include 18 tickets and many extra amenities that can not be found in general admission tickets. The cost for a single suite on a PLL day (2 games) starts at $1,000. Some stadiums are more expensive than others, as the suites provide different amenities and services. Not every stadium that the PLL plays in provides suites. For example, the Denver and Salt Lake City stadiums do not provide suites, but every stadium offers group ticket options for those who attend with many others.

Pages Related to How Much Do Lacrosse Tickets Cost?