How Long Is A Lacrosse Game? 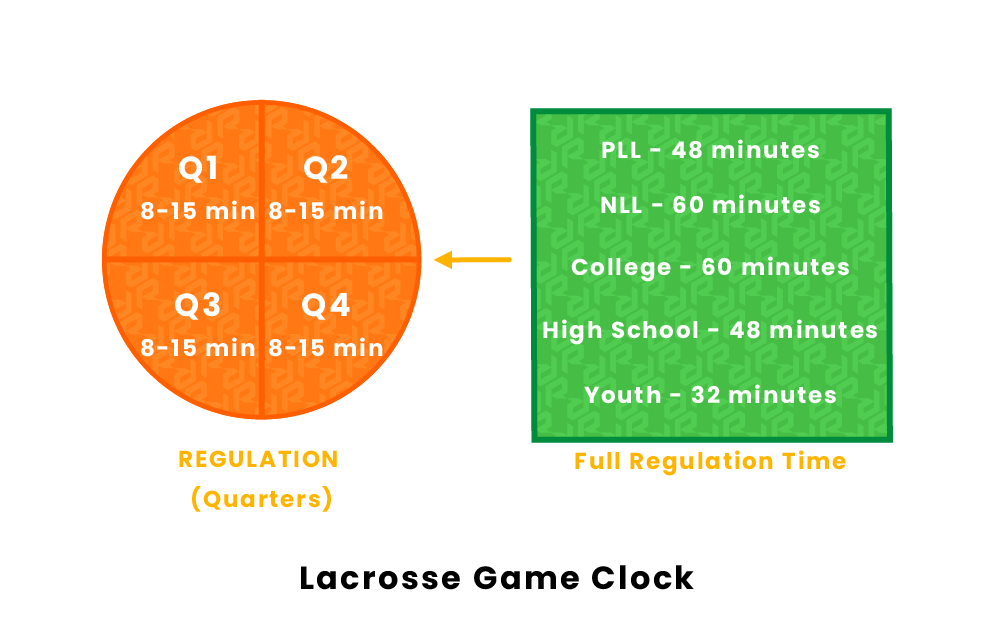 The length of a lacrosse game varies based on the skill level of the competition. While the game format for each level is similar, the overall duration and overtime rules can vary. 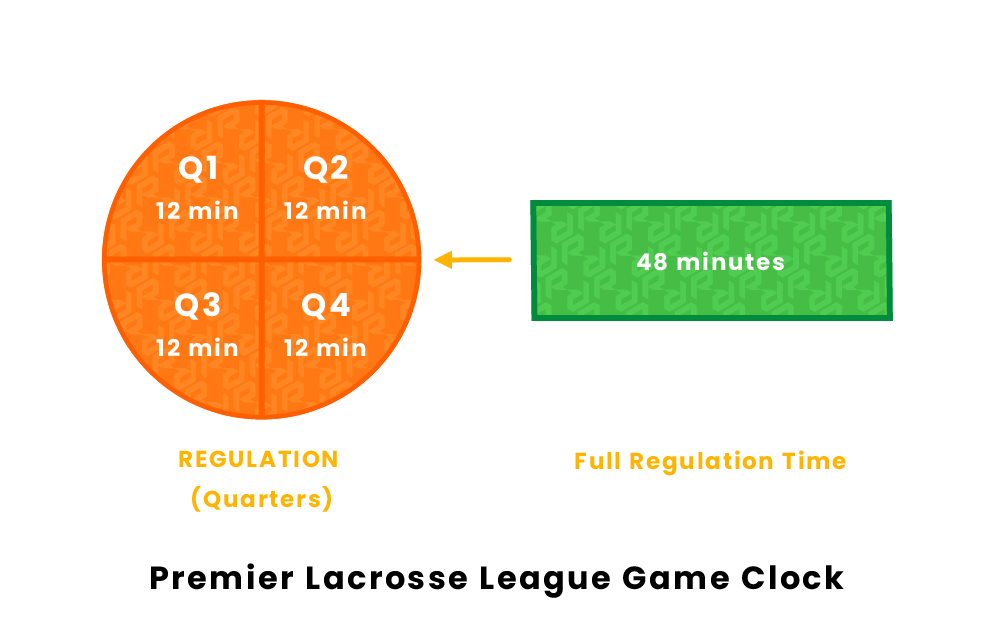 The Premier Lacrosse League (PLL) is one of the top professional lacrosse leagues in the United States. A PLL game is broken up into four quarters, each lasting for 12 minutes, for 48 minutes of total game time. Each team is given three timeouts per game. Timeouts add four extra minutes in total to the duration of an average PLL game. There are also breaks after the first and third quarters, along with a halftime period that usually lasts around 10 minutes. Taking timeouts and breaks into account, a PLL game will typically last around 65 minutes.

A game will go into an overtime period if the score is tied at the end of regulation. The overtime period lasts for 12 extra minutes but the first team to score wins the game. There are no timeouts in overtime. When the full overtime period is needed to determine a winner, a game can last up to 80 minutes. 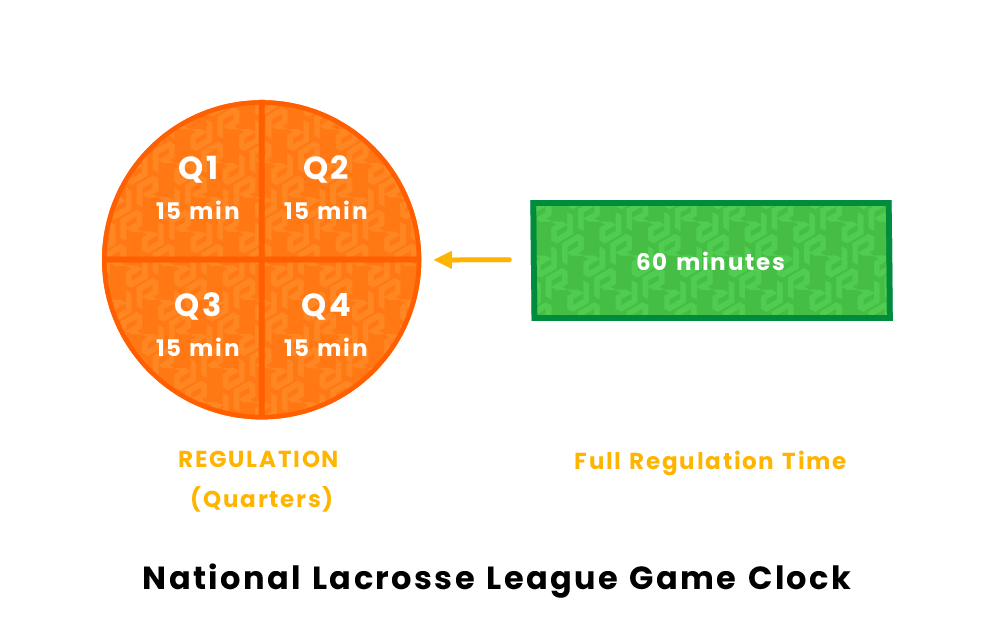 The National Lacrosse League (NLL) is the North American men’s professional box lacrosse league. The games are split up into four quarters, each lasting 15 minutes, for 60 minutes of regulation game time. Each team is given one timeout per half that lasts for 45 seconds. There are also two-minute breaks after the first and third quarters, along with a 15-minute halftime break. With a few timeouts per game and the added time for breaks, an NLL game will often last around 85 minutes. 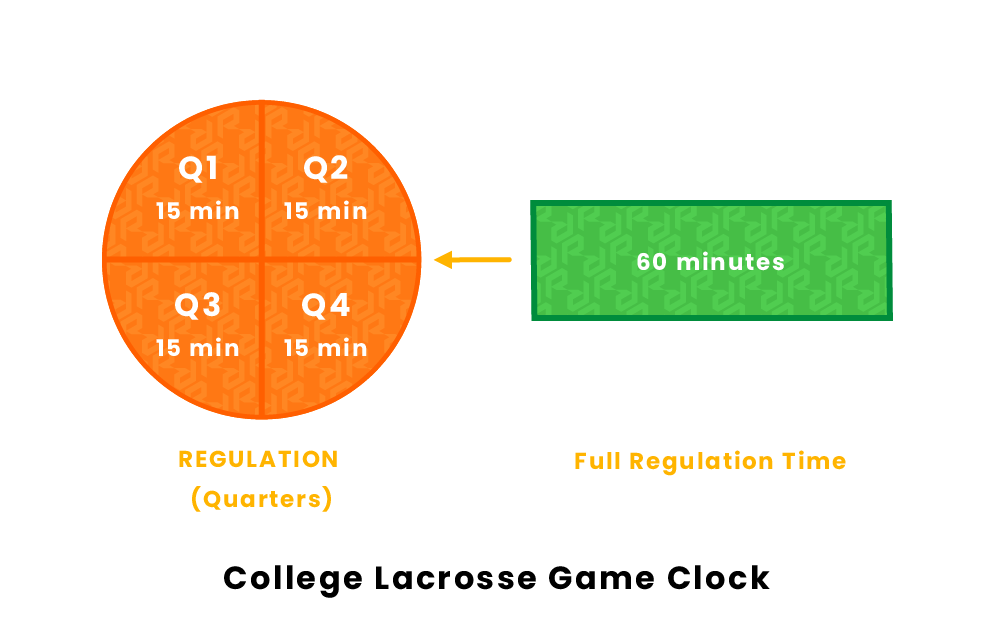 College lacrosse games are also broken down into four quarters that each last for 15 minutes, for a total game time of 60 minutes. There are also breaks following the first and third quarters that each last for two minutes, along with a halftime break that lasts for 10 minutes. Each team is given two timeouts per half that add about four extra minutes in total to regulation time. With the additional time from breaks and timeouts, a college lacrosse game generally lasts around 80 minutes. 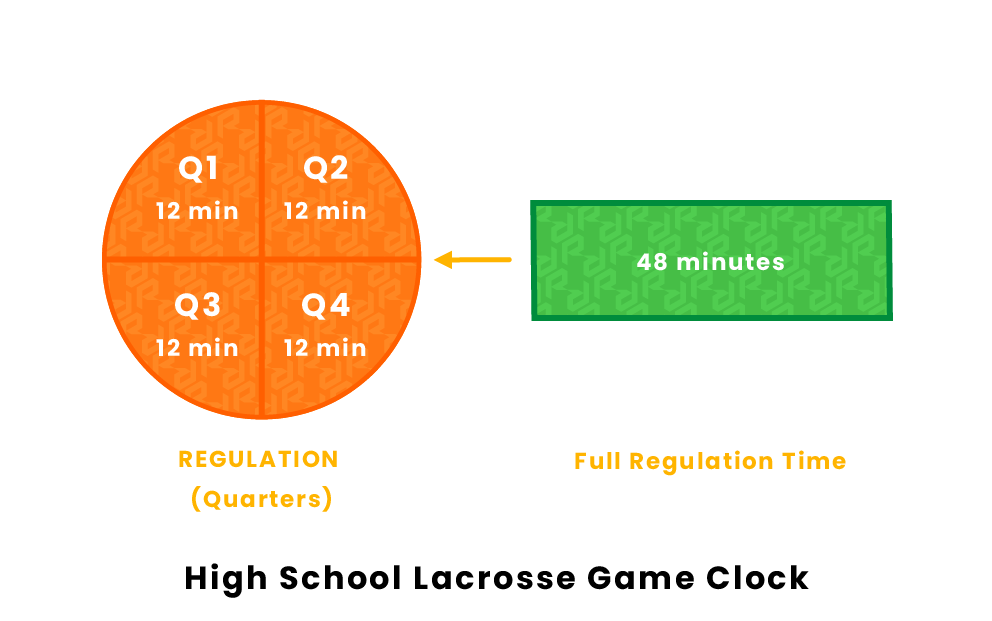 High school lacrosse games are a mix of professional and collegiate-level competitions. The games are divided into four quarters that each last for 12 minutes, similar to professional lacrosse games. The breaks between quarters typically last for around two minutes each, while the halftime period usually takes about 10 minutes. The number of timeouts given to each team per game can vary based on the area and league the teams compete in. Adding in extra time for timeouts and game stoppages, a high school lacrosse game will often last around 65 minutes.

The overtime structure for high school lacrosse games mirrors the collegiate level. Teams will compete in four-minute sudden death periods until one team scores and is deemed the winner. The additional time needed for the overtime period will vary depending on how long it takes a team to score. 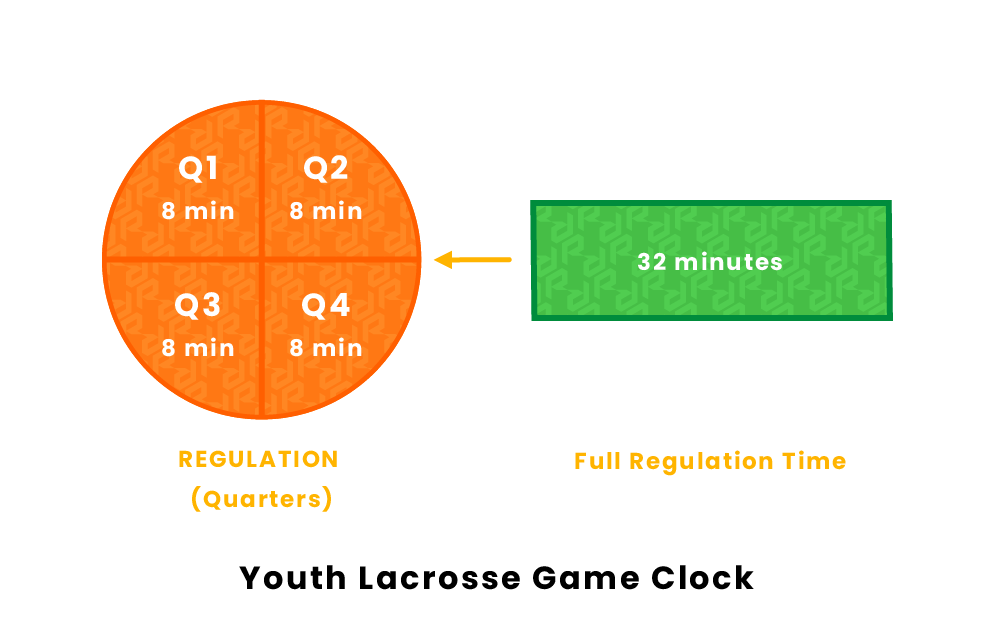 Youth lacrosse games are the shortest in duration among all skill levels. A youth game consists of four quarters, each lasting for eight minutes, for a total regulation time of 32 minutes. Like the other skill levels, there are two breaks that each last for two minutes, along with a 10-minute halftime period each game. Assuming that timeouts will add an extra four minutes to the total game time, a youth lacrosse game can be expected to last for about 50 minutes.

While some leagues may permit games to end in a tie after regulation, an overtime period can add extra time to a youth competition. Many leagues will use the same overtime format as college and high school lacrosse competitions, where teams play in four-minute sudden death periods until one team scores to win.

Pages Related to How Long Is A Lacrosse Game?