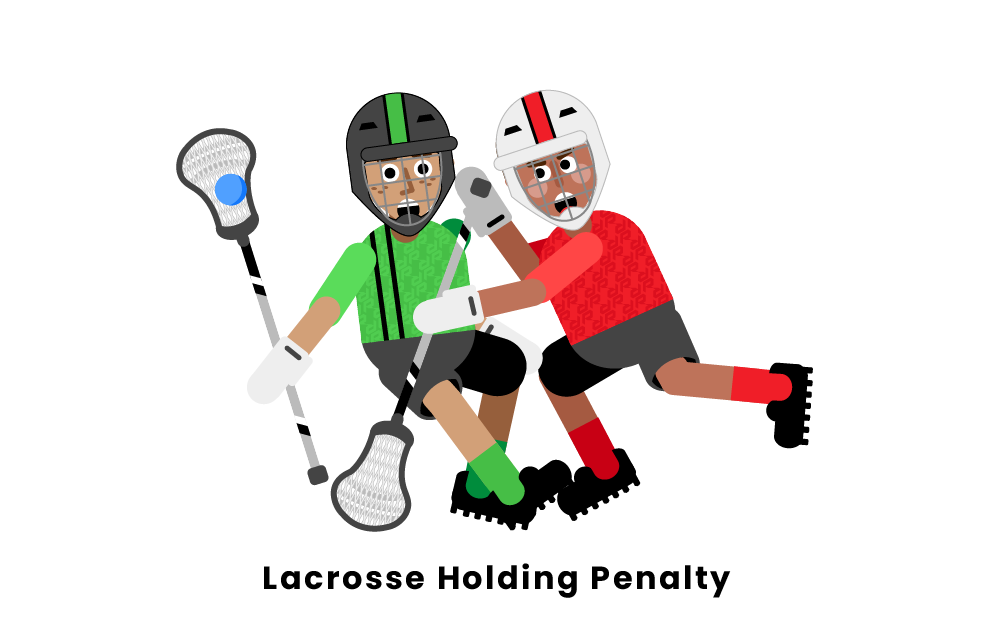 A holding penalty is typically reserved for defensive players in lacrosse and is considered a technical foul. A hold is when a player attempts to restrict or hinder the movement of an opposing player's body or stick. The result is typically a minor period in the penalty box or loss of possession.

In men's lacrosse, the holding penalty is one of the most common fouls or penalties called and is typically a minor infraction in nature. In most lacrosse leagues, holding is classified as a technical foul, which is the lesser of the two foul types in lacrosse, with the other being a personal foul. A hold is when a player restricts or hinders the movement of an opposing player's body or stick. The referee will throw a penalty flag and punish the individual player or team if he sees a player perform a hold on the opposition. The result of this penalty is uniform across leagues and levels of play but depends on if the player in question is on offense or defense.

Suppose that a player is on offense and holds back a defender's stick with his own so his teammate can avoid him and score. In that case, the game will stop, and his team will lose possession as a result. Suppose a player that commits the penalty is on defense and impedes the progress of an offensive player who is five or more yards away from a ground ball from attempting to move towards recovering it. In that case, the referee will throw a penalty flag and wait for the next stoppage of play or change of possession to give the offending player a 30-second penalty. If a hold occurs during a loose-ball, the referee will blow their whistle to stop play and award the ball to the non-offending team.

Due to holding being a common and somewhat expected occurrence, the result of the holding penalty is minor and uniform across all leagues and levels of play. It qualifies as a technical foul. A mere 30-second penalty or loss of possession is given depending on if the offender was on defense or offense, respectively, at the time of the penalty. When holding is called on the defense, they must play at a disadvantage, or a man-down situation, for the duration of the penalty time. If the hold occurs during a loose-ball situation, the non-offending team will be given the ball. This punishment is uniform across youth, high school, collegiate, and professional leagues. 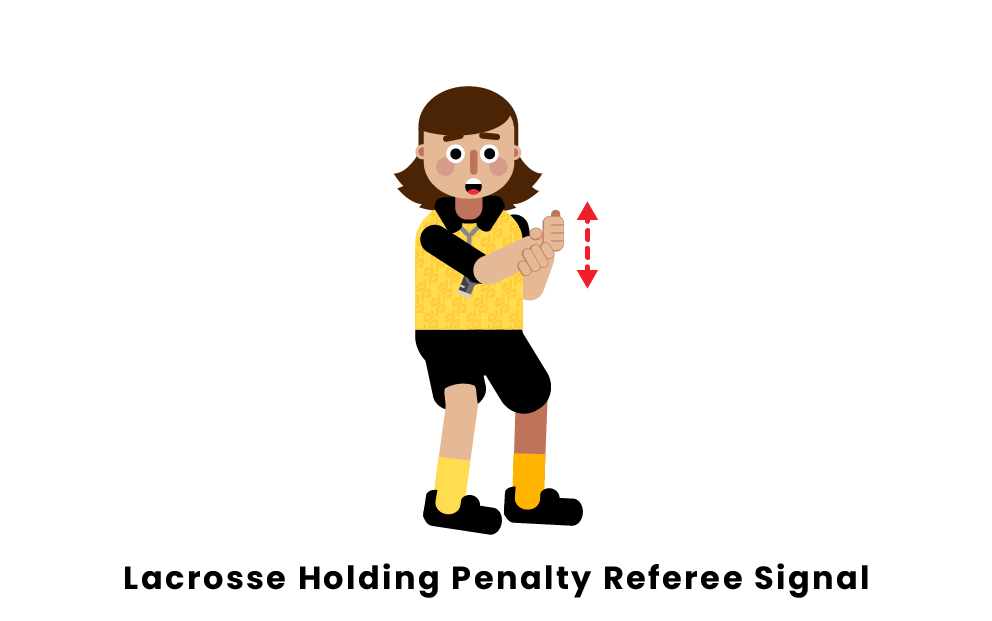 When a referee sees a hold committed by the defense, they will throw a penalty flag and penalize the player at the next stoppage of play or change of possession. If the offense commits a hold, they will stop play and award the ball to the defense. The hand signal for holding is identified by the referee holding their right wrist with their left hand before bringing the grasped wrist up and down.

What is holding in lacrosse?

The holding penalty in lacrosse is defined as a player impeding the movement of an opponent or an opponent's crosse. This can be accomplished either by using their off-hand or stick in various manners. Holding is allowed in certain situations, such as within five feet of a ground ball or if the player has possession of the ball within the opposing team's defensive area. This penalty is classified as a technical foul and is typically minor in nature.

What are the consequences of being called for holding in lacrosse?

Since holding is a technical foul, the penalty for the action is, therefore, lesser than that of personal fouls. The exact punishment for holding varies depending on if the offending player was on offense or defense. If the player was on offense, their team loses possession; conversely, if a defensive player holds an opponent, the offending player is then assigned a 30-second penalty, resulting in them playing a man down. A hold during a loose-ball situation results in a stoppage of play and the non-offending team receiving the ball.

What is the difference between checking and holding in lacrosse?

A check and hold in lacrosse may seem similar to the naked eye but are not. A check is performed using the stick or body to push or hinder an opponent from scoring legally, while a hold restricts the natural movement of an opposing player and creates an unfair advantage for the opposing team. The most significant difference is that a check is a quick motion, while the hold is often a lengthy and prominent process to restrict an opponent for a more extended period of time.