At all levels of play, the lacrosse head is an essential part of a lacrosse stick. The head is attached to the shaft at the top of the stick. Based on the level of play and the position of the player, lacrosse heads can greatly vary in style, size, and design.

What are lacrosse heads used for?

A lacrosse head is found on top of the shaft of a lacrosse stick and is used for catching, picking up ground balls, and cradling the ball. The top of the head is a curved area known as the scoop, which is made for players to easily pick the ball off the ground. The side of the head is known as the sidewall and varies in shape and thickness based on the position of the player. At the bottom of the head is a thicker area known as the throat, which attaches to the top of the lacrosse stick’s shaft. Throughout the inside of the lacrosse head, strings and mesh are weaved together in a specific pattern to create the pocket of the stick. The pocket serves as a container for the lacrosse ball, as it is used by players to catch and carry it as they run.

When looking for a lacrosse head, you'll want to consider the following:

There are several different types of lacrosse heads based on the position of the player including attack, defense, goalie, and midfield. 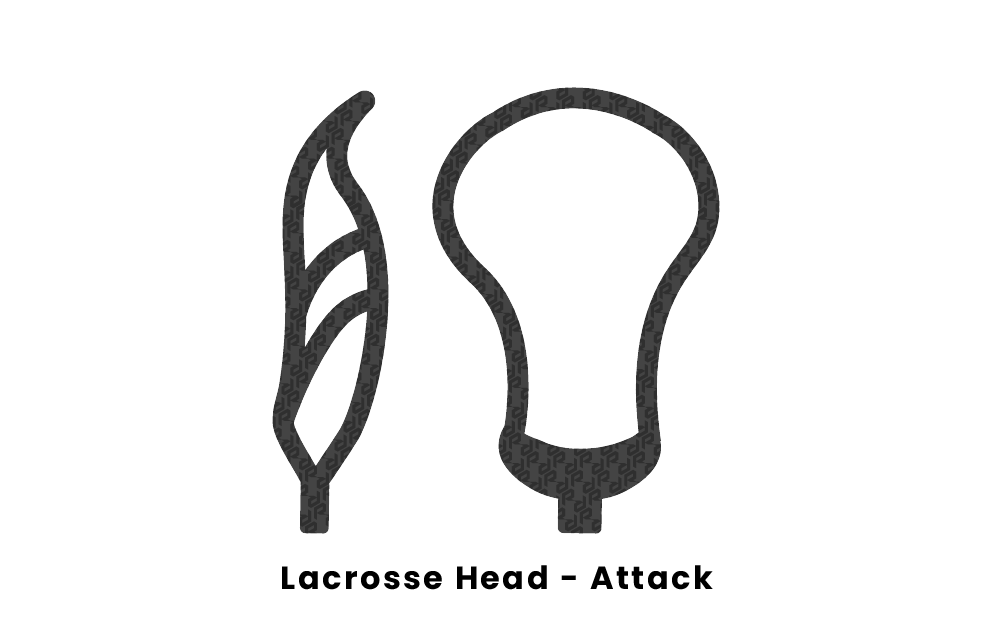 The primary role of attackmen in lacrosse is to handle, distribute, and shoot the ball. Therefore, lacrosse heads for attack players should be narrow with a mid to low pocket, which provides greater ball control. Furthermore, the sidewalls of the head should be slimmer, making the head lightweight and allowing for quicker movements. 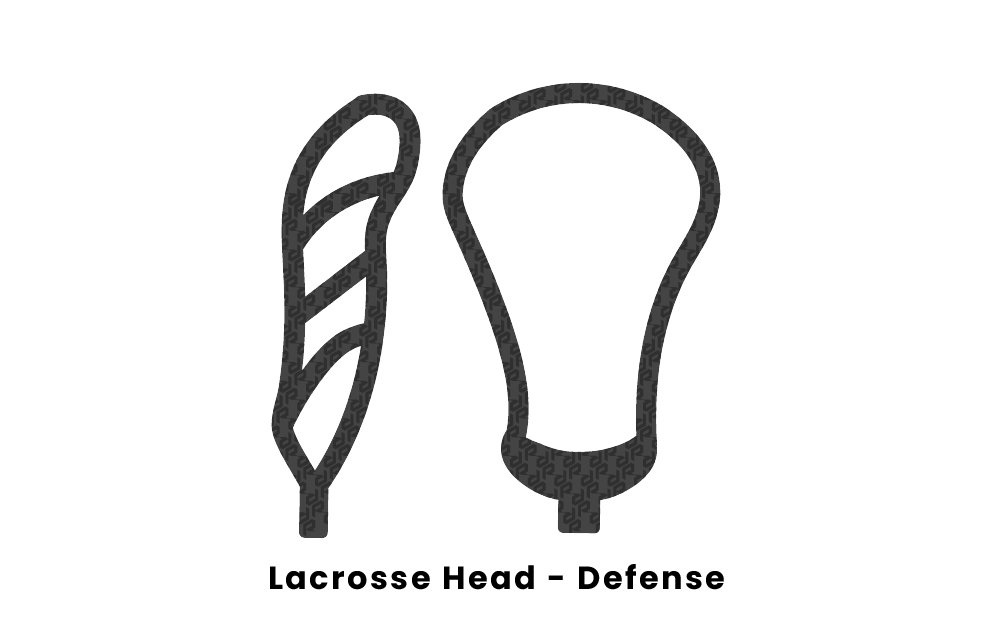 Compared to lacrosse heads for attackmen, heads for defenders are usually wider and have a high pocket that allows them to get rid of the ball faster when clearing it down the field. The sidewalls of defensive heads are also thicker, making them more durable and able to withstand intense checks by defenders. 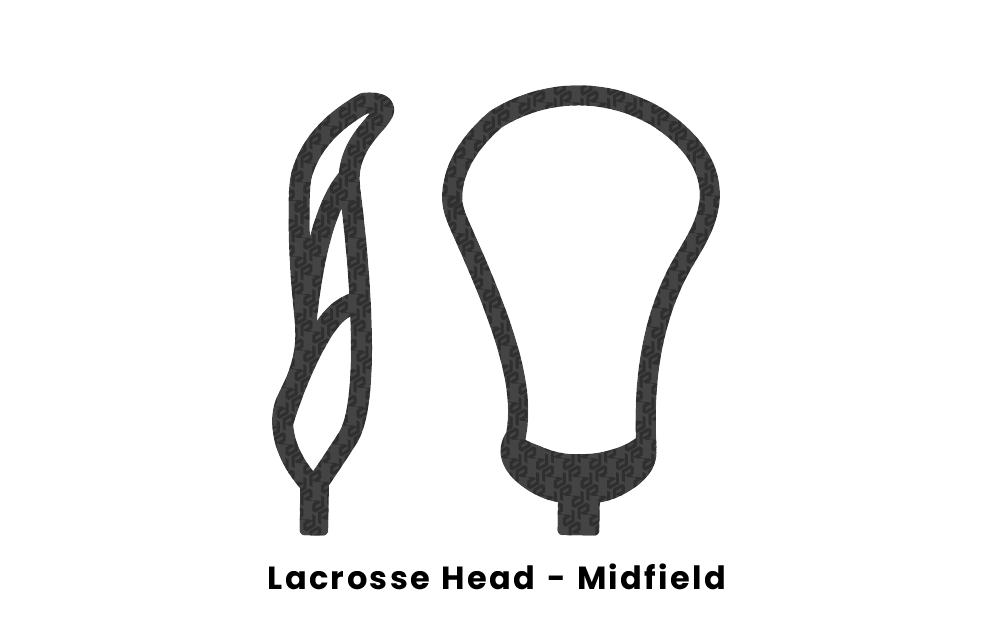 Lacrosse heads for midfield players are a mix between those of attack and defensemen. Since midfielders play both offense and defense, the heads need to be lightweight for handling and shooting the ball yet strong enough to play defense and throw checks. The heads also have notably rounded scoops to help midfielders easily pick up ground balls from various angles. 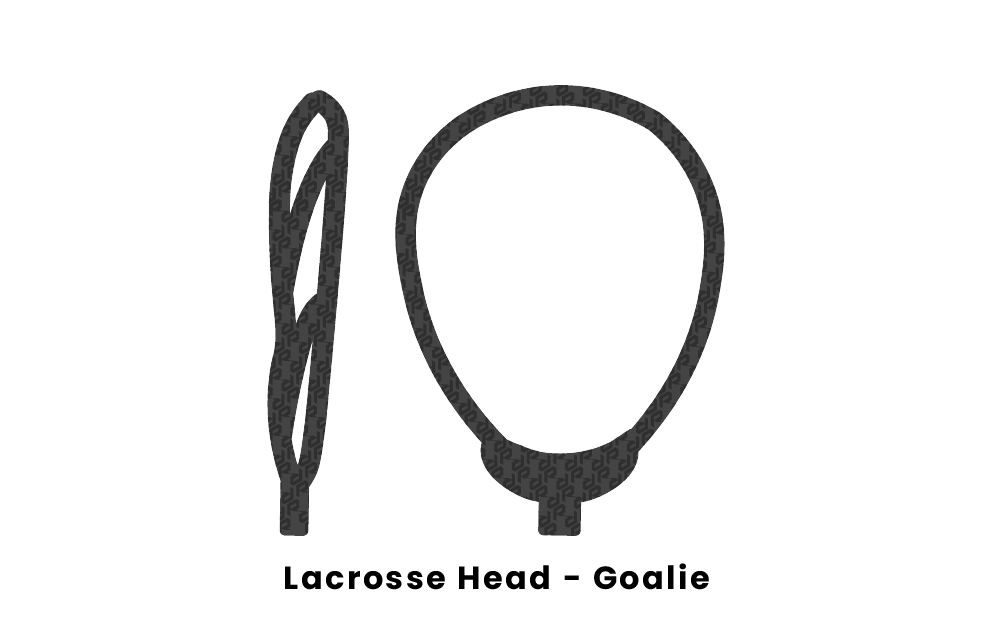 Lacrosse heads are commonly made of two different materials including nylon, resin, and wood.

A few of the most popular lacrosse head brands include Maverik, STX, and Warrior.

A few things to consider when choosing a lacrosse head include durability, cost, and size.

The cost of a lacrosse head is largely determined by its brand, style, and quality. Depending on these factors, heads can range from approximately $35 to over $100.  In addition, it may cost an extra $10 to $25 to have someone string an unstrung lacrosse head. Some of the most expensive brands include Maverik, ECD, STX, Nike, and Warrior.

What is different about a goalie lacrosse head?

A goalie lacrosse head is noticeably different from those of field players. One of the main differences is the size of the head. The goalie head is wider and longer than other heads, which helps increase the likelihood of the goalie to make a save. In addition, the pocket of the head is deeper for goalies. A deeper pocket prevents the ball from bouncing out when the goalie makes a save and is especially helpful for shots with high velocities.

What are the main differences between defense and attack lacrosse heads?

Defense and attack lacrosse heads differ because of their varying functions. A defensive head is generally wider because it gives defenders a greater chance to break up or intercept opposing passes. Attack heads are usually narrower to give players better ball control and shooting precision. Another difference between the two is the thickness of the heads. Defensive heads are usually thicker to withstand checking while attack heads are often thinner and more lightweight for increased mobility and quickness.

How much does it cost to string a lacrosse head?

When having someone else string a lacrosse head, the average price ranges from $10 to $25 based on the stringer and the supplies that they use. Players may also choose to string their lacrosse heads by themselves, which takes a lot of time and practice. This option can greatly vary in cost depending on what supplies the player chooses to use. A few of the necessary items needed to string a lacrosse head include mesh, strings, scissors, a lighter, and pliers.