rt of the defense, which also includes three defenders in men's field lacrosse. A goalie must be a strong communicator to command the defense, possess sharp field vision to anticipate plays and see both the off-ball and on-ball side, and have fast reflexes.

The goalie is also the first player to initiate the transition on a save. This is called clearing the ball. When a goalie successfully clears the ball to a teammate running upfield, his or her team can advance towards the offensive half. Throwing the ball accurately and with pace is more difficult with the goalie stick, whose large head size slows down the whip effect that is seen on attacker's shots and midfielder's passes.

Each goalie has a unique style of play. Some are stronger angle goalies, goaltenders whose primary strategy is to take away angles from the shooter by positioning himself squared up to the attacker. Compared to a reflex goalie, an angle goalie reacts less often to fakes and does not guess before the ball is shot. Another style of play is a reflex goalie, who typically makes reaction saves. Reflex goalies perform well against close in shots when there is less time to react to the ball's flight. A skilled goaltender must understand both angle saves and reflex saves.

Goalies can use their stick, body or feet to make a save, but they are not allowed to use their hands.

Because the position puts them squarely in front of shots that can top 100 miles per hour and players who dive into the crease, goalies require additional protective equipment. In addition to shoulder pads, a helmet, gloves and face mask, goalies also wear a chest protector. Some goalies choose to wear shinguards and elbow pads as well. The goalie helmet is slightly different than that of a field player, with an additional neck guard attachment.

The goalie stick is also shaped differently compared to a long pole or a regular stick. Regulation dictates that a goalie crosse must be between 40 and 72 inches including the shaft and the stick head. The goalie stick's head is larger and rounder than a field position player's stick. 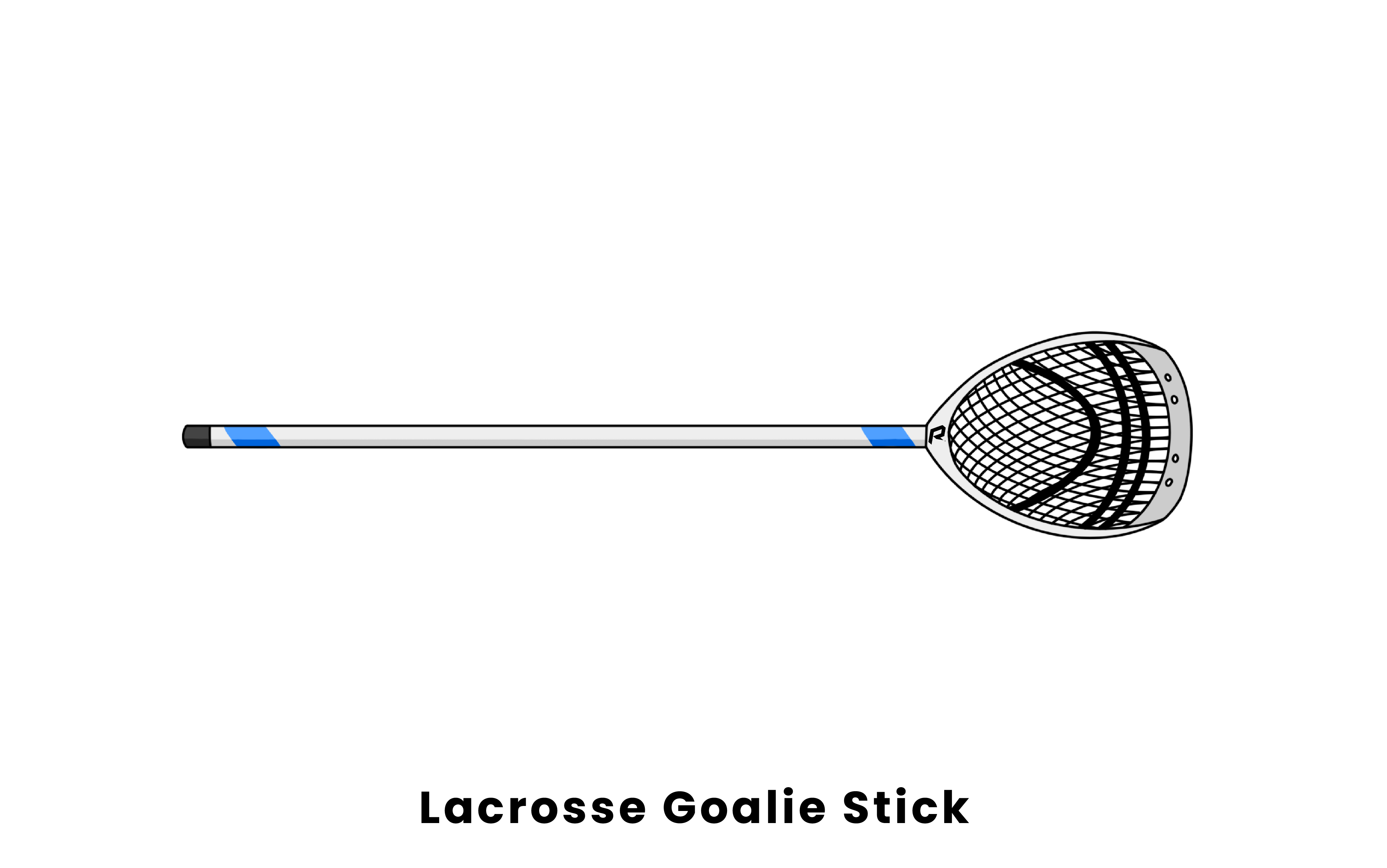 Positioning on the Field

The goalie occupies the crease area of his or her team's defensive half. While goalies are allowed to leave the crease and handle the ball outside the crease, there are restrictions, detailed below in the special rules section.

Individually a goalie will adopt an athletic stance, keeping the knees bent slightly and the stick up and ready, especially when the attack is within the critical scoring area. When watching a goalie, you will notice them following the ball and repositioning their body with each pass or dodge by the attack. This is to cut off the angles for an open shot.

A goalie's performance is tracked by some key statistics, most notably the save percentage. The save percentage is the number of saves divided by the number of shots on goal. Playing time is also another indicator of top performance, and although shutouts reflect the strength of the defense as a whole, more shutouts represent more feathers in an individual goalie's cap. 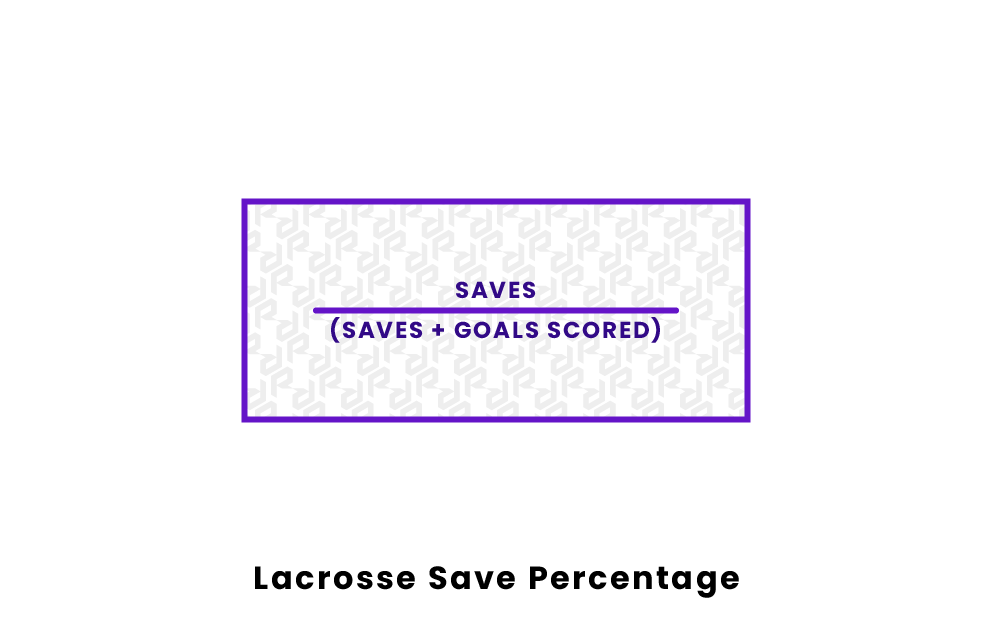 There are a few special rules applying to the goalie that fans should know about. The first is the four-second rule. The four-second rule in men's lacrosse is the maximum length of time that the goaltender may remain within the goal crease area while he has possession of the ball. The goaltender is allowed to pass the ball out of the crease before four seconds has elapsed.

The second is the five-second rule. The five-second count in lacrosse is the length of time that the goaltender has to reenter the goal area after a restart.