There are lots of components on a lacrosse field that should be defined:

The goal area in lacrosse is marked by a circle line around the goal known as the crease. The goaltender plays inside the crease to protect the goal and make saves, although he can also move outside the goal area to intercept a pass or start a clear. There are restrictions limiting player movement within the crease for the safety of the goaltender and to increase the challenge of scoring. 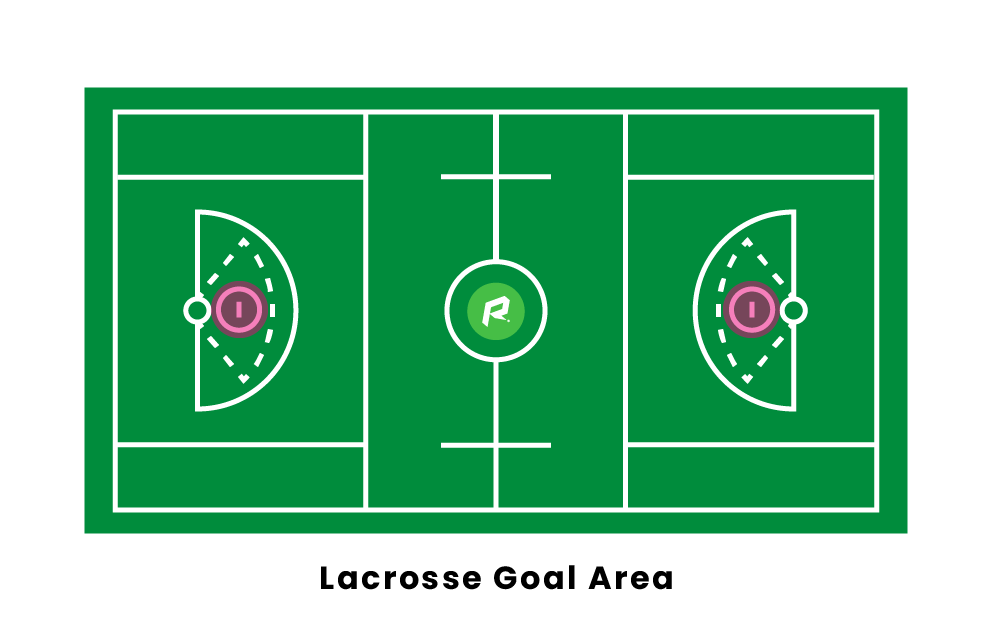 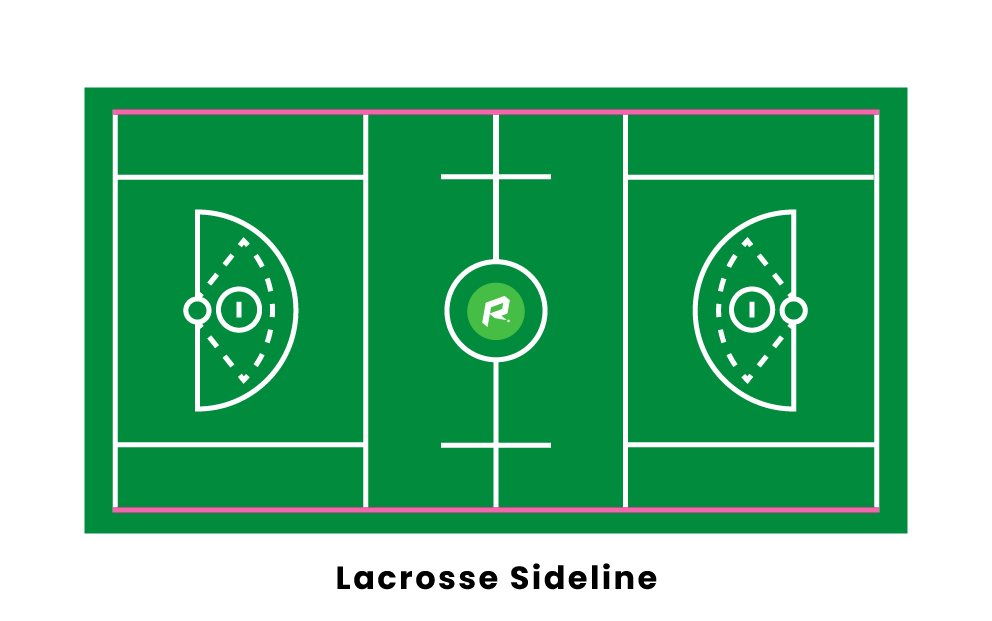 The center circle is where the draw in women’s lacrosse and the faceoff in men’s indoor lacrosse takes place. In men’s field lacrosse, the faceoff spot is marked with a small x. Aside from the draw and faceoff, players can pass through the center circle without restriction during normal flow of play. 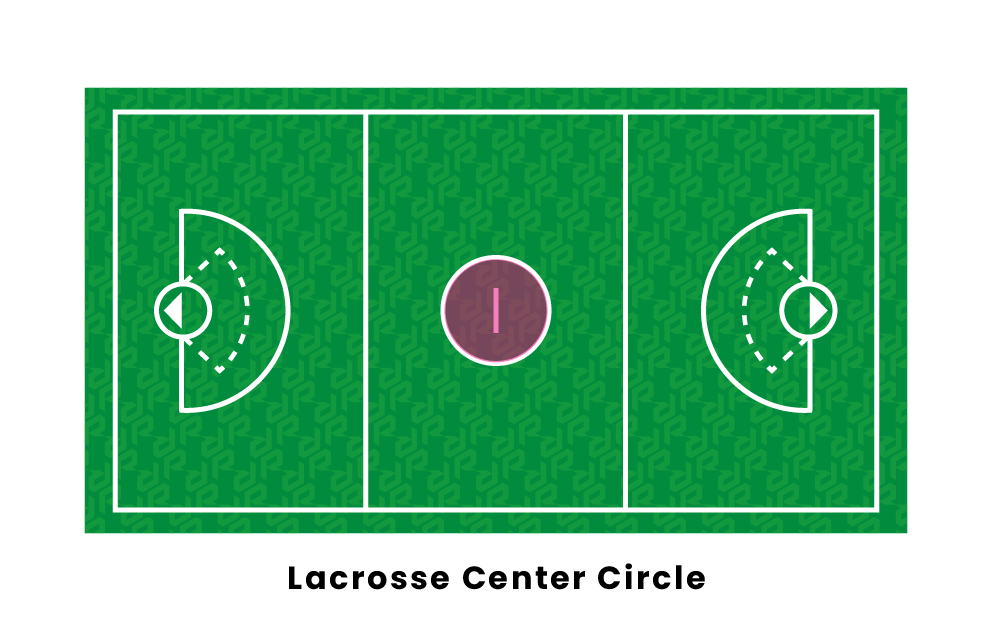 The restraining lines run parallel to the center line and are used to prevent a team from having too many players in the offensive or defensive zones. This is a rules violation known as offsides. A certain number of players must also stand behind the restraining line during the draw and faceoff.

The Field of Play

The crease is a circular line around the goal with a nine-foot radius (18-foot diameter) that is designated for the goalie. The goalie's teammates may enter the crease, but players on the opposing team cannot.

There are two restraining boxes on the field. This part of the field is made up by connecting the restraining line with the sidelines and end line. The restraining box is used to define the attack area and define a zone in which the offense is under pressure to score from the shot clock. 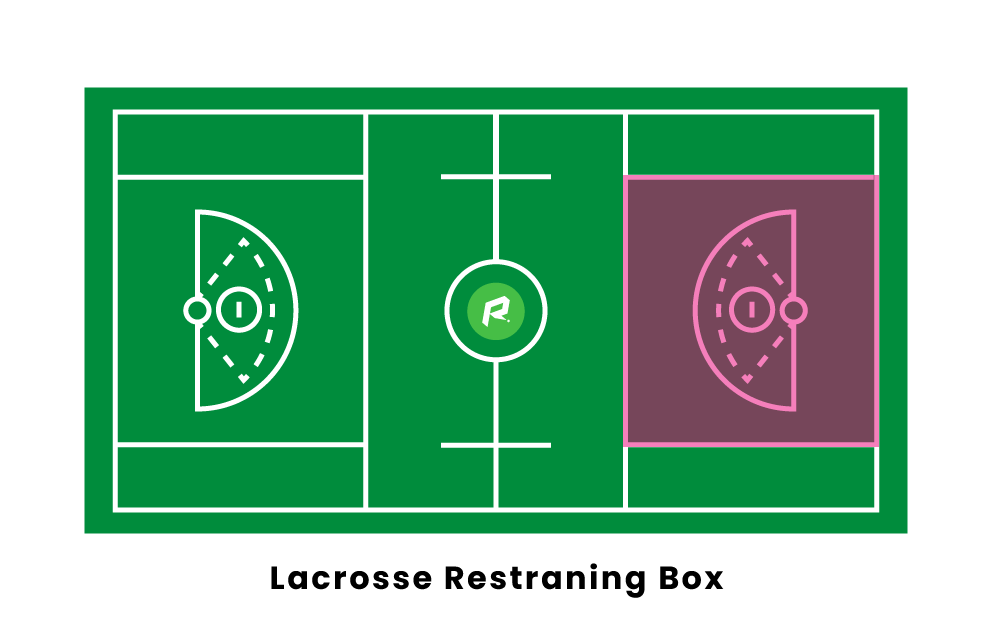 The GLE, Goal Line Extended, is a location on the field that is thought of as an extension of the goal posts out to the sideline. The intersection of the alley and goal line extended is a location where the offense is awarded the ball after certain penalty calls. 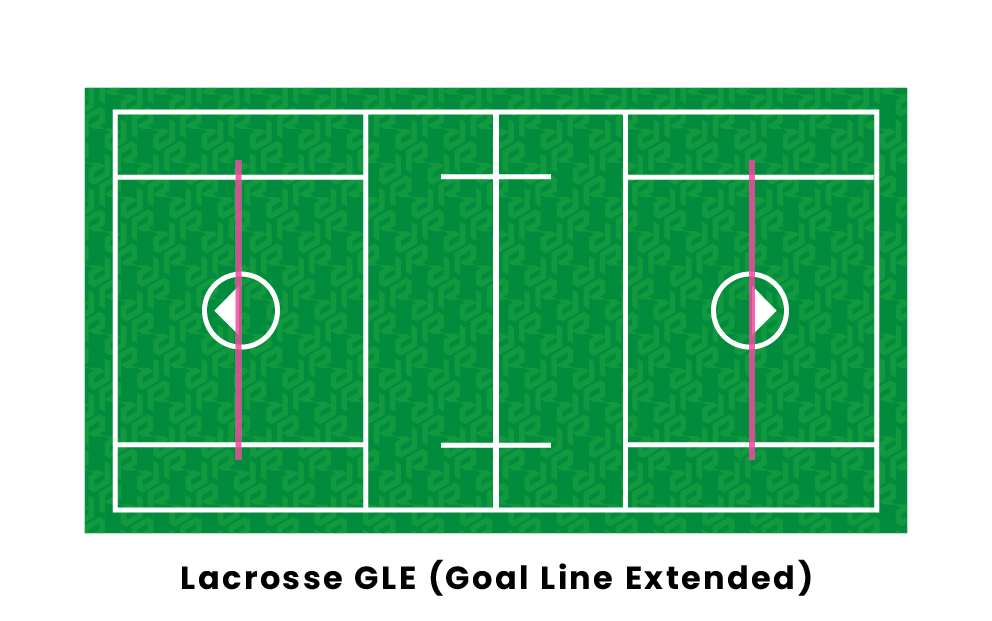 The x is a location on the lacrosse field located just behind the goal cage. Offensive players like to stand there because it is a great passing position. It also helps plays be a backup for shots that miss the goal cage. A first home or creaseman must be a talented feeder in order to play effectively at the x. It is often a position from which an attacker will try to roll the crease, a drive aimed at pinning the on-ball defender behind the goal and shooting a close-in shot. 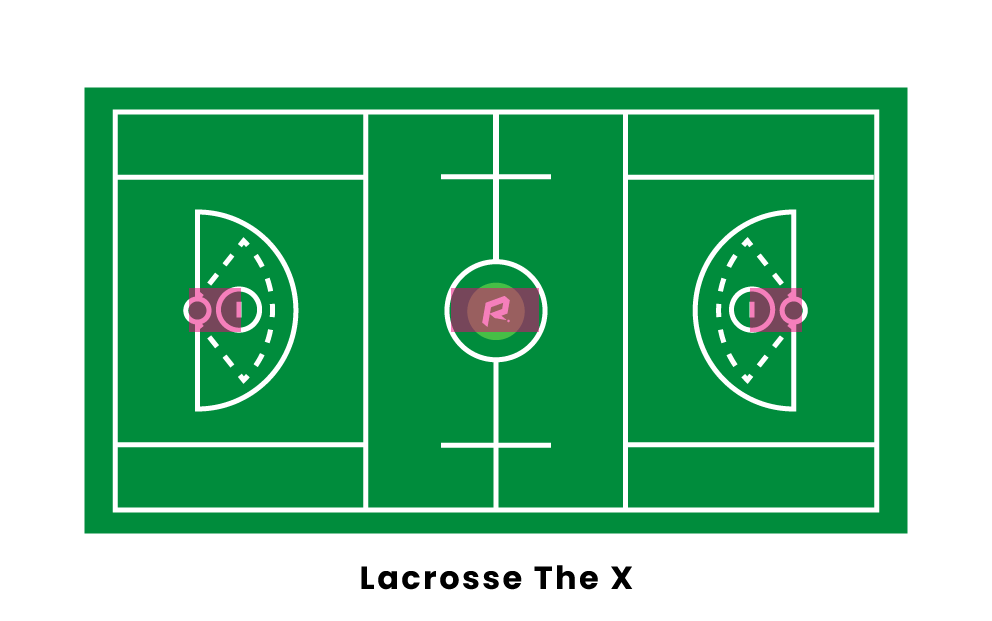 The hole is a location on the lacrosse field located in front of the goal cage. The hole is a prime scoring location and as a result plays are often designed to get the team’s best shooters the ball in this position. Defensive players need to stop opposing players from being here. Close in shots from a crease drive or assist are most effective in the hole. 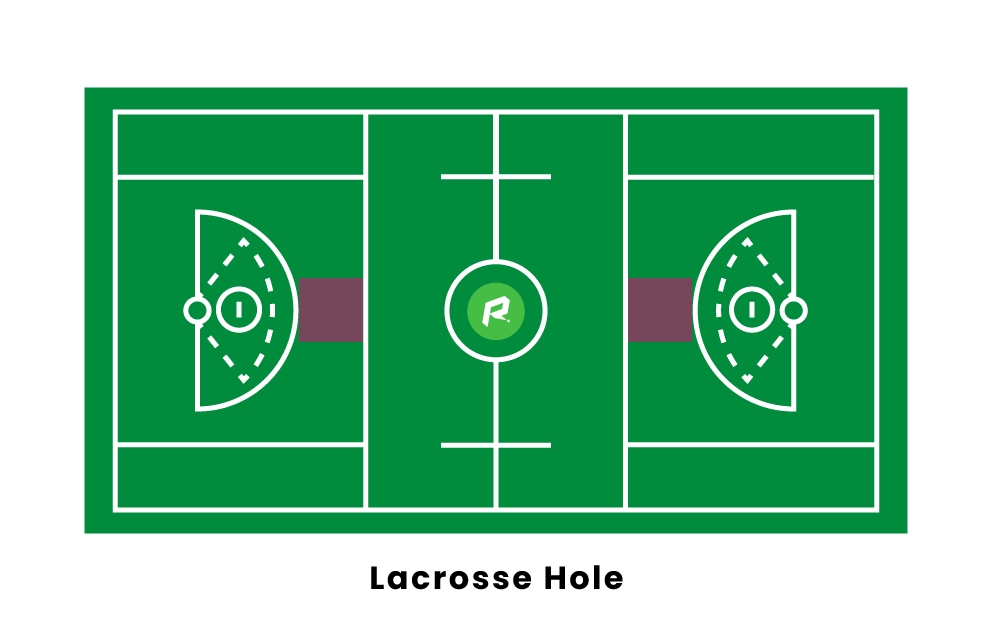 The box refers to two locations on the field. The first is a location made up by the restraining line and the end line. When used in reference to the offensive half, the box is the critical scoring area. The box defines the attack area and defensive area. The other box location on the field is the substitution or penalty box. The box can also refer to an offensive or defensive zone formation with four players of the same team working together in a square shape. 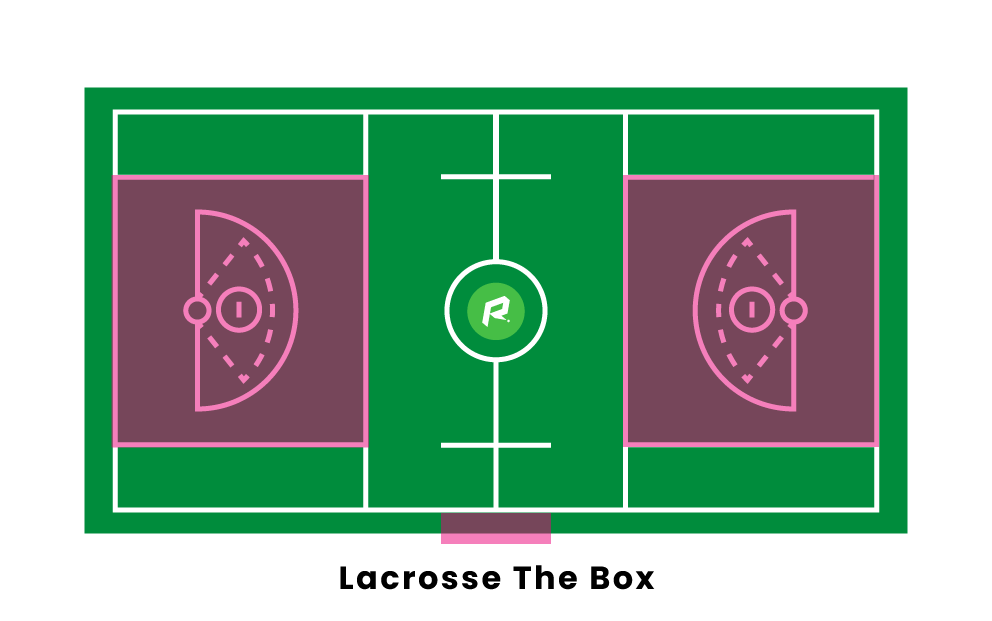 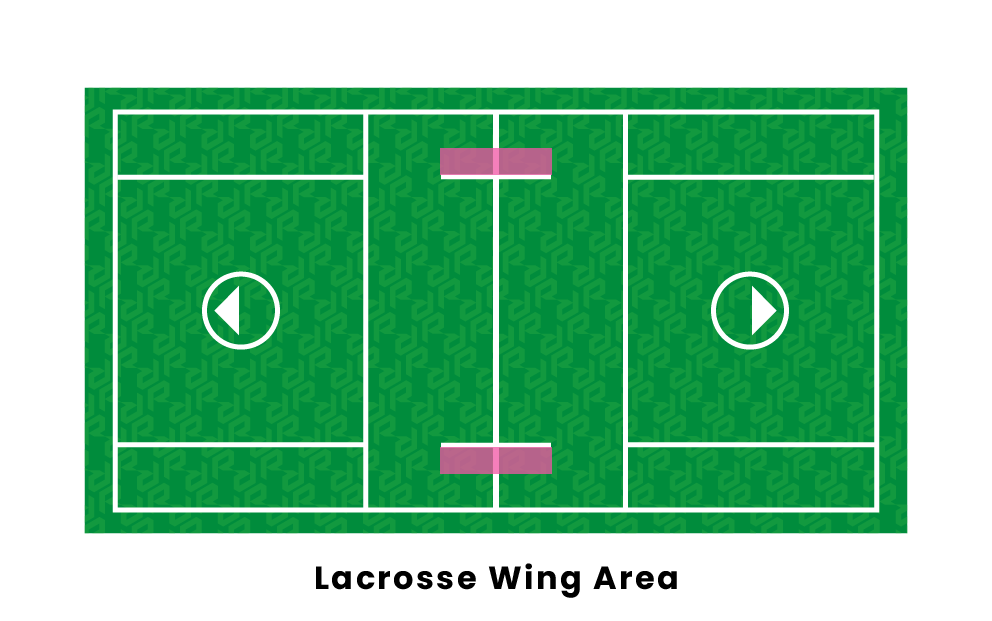