In addition to passing, catching and cradling, dodging is one of the fundamental individual skills for a lacrosse attackman. Dodging is a form of stick handling that uses quickness, fakes and crafty cradling skills to beat a defender. In this tutorial, we will review some of the basic types of dodges.

What Is a Dodge?

Dodging helps the ball handler create space between himself and his on-ball defender. Dodging can be performed horizontally, laterally across the field or vertically, traveling directly on a path to the goal. Dodging takes strong cradling skills and agility. If an attacker hangs their stick or exposes the pocket during a dodge, they can be vulnerable to a check or a dropped ball, resulting in a turnover. Some dodges require the use of a one-handed cradle while switching hands or rolling away from a defender. This can also create opportunities for a defender to land a successful check.

Although dodges are most frequently used in the midfield and attacking area, all field players should be familiar with basic dodges so that they can successfully beat a defender if a pass is not available.

There are many different types of dodges. Here’s a list: 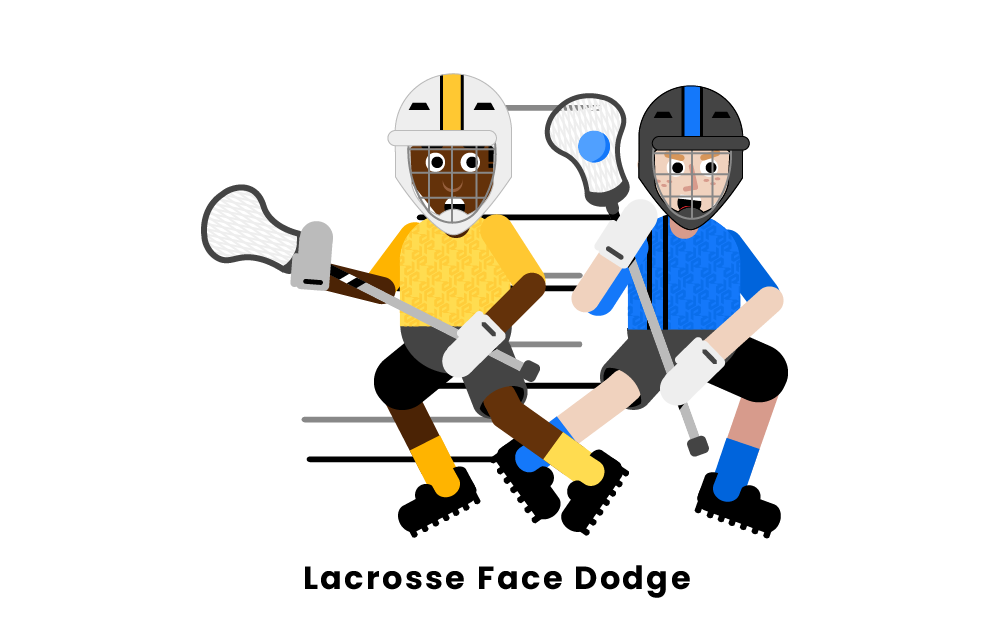 A face dodge in lacrosse is a simple dodge performed by pulling the stick pocket across the player’s face when in possession of the ball and then returning it to the shoulder position. This dodge is best used to fake the goaltender on a shot or on the run during a drive or clear. The goal is to catch a defender on the wrong foot to gain a step past them.

A roll dodge in lacrosse is a ball handling move to run past a defender. To perform a roll dodge, a player plants their outside foot on one side of the defender and spins to the outside, bringing the stick in close and using his body to keep the ball away from a defender. While rolling the ball, the handler switches hands without hanging the stick. 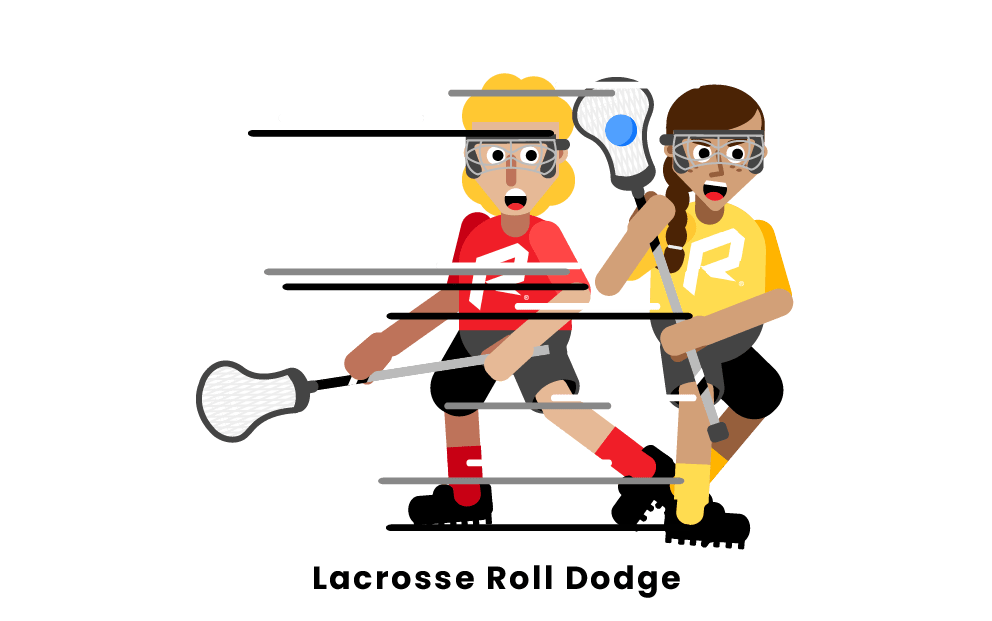 A split dodge in lacrosse is when the ball carrier plants to the outside of their midline with their stick side foot and then pushes off that foot to travel in the other direction while switching hands with the stick. This is a head and body fake to make the defender overcommit one way to create space to maneuver around them.

The question mark dodge in lacrosse is a dodge most often used by a first home or crease player. Starting from behind the goal, a player will drive up the fan on a 45-degree angle to the goal line, pulling their defender to the top side. From there, the attacker will roll outside, switch hands and take a quick shot.