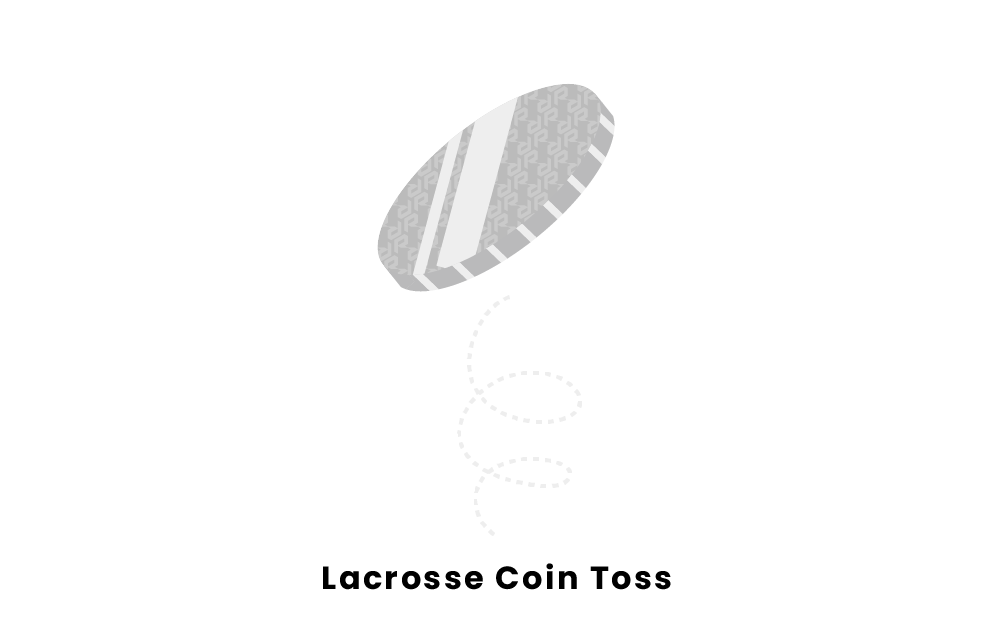 Before the start of the game, teams conduct their warm-ups, review game tactics with coaches and prepare for the game on the side of the field adjacent to their team bench. When the game clock shows five minutes remaining in the pregame period, the officials call the captains for both the home team and the away team onto the field near the centerline. The captains shake hands.

When it is time for the coin toss, the speaking captain from the visiting team will call "heads" or "tails" and if the away team is successful, the speaking captain will choose their preferred defensive area or choose first alternate possession. An alternate possession in lacrosse is a rule that awards the ball to one team and then the other in alternating fashion when a call cannot be decided in favor of one side. The team that loses the coin toss takes the option that was not chosen by the winning team.

After the coin toss, the captains rejoin their teams for a final huddle with the coach before the starting lineup takes the field for the faceoff.

If the game is tied at the end of regulation, the officials perform another coin toss with the captains within a two-minute interval between the end of the second half and the start of the first overtime period. The visiting team again receives the right to call the coin toss. The team that wins the coin toss has the option to choose which half of the field to defend. Alternating possession status continues as prescribed in regulation leading into overtime.