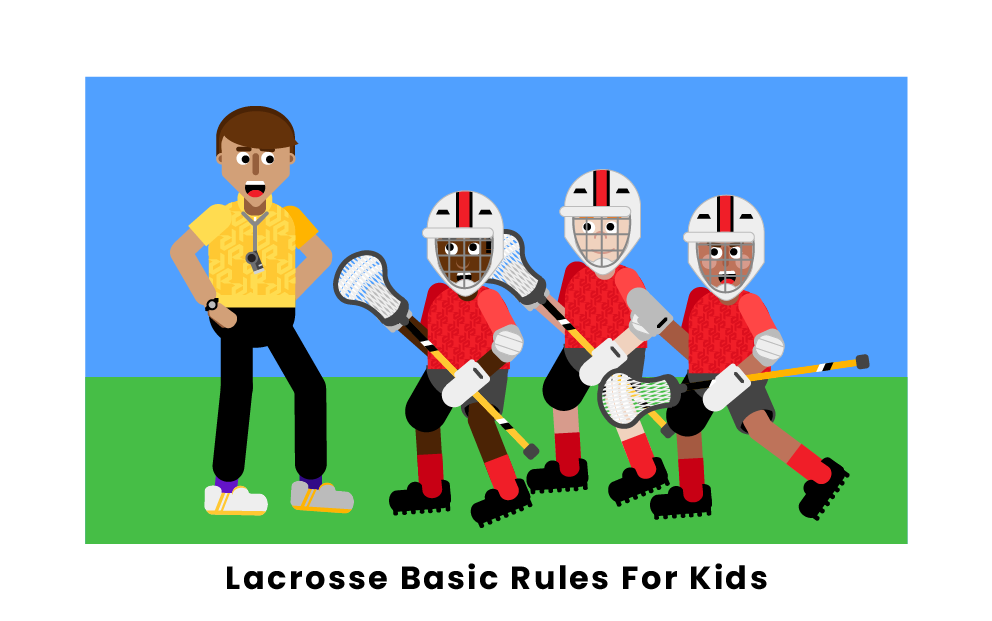 Each team is allowed to have ten players on the field at once.

There are three attack players, three midfielders, three defenders, and a goalie.

The offensive players are only allowed to stay on the half on the field they are shooting on.

The defenders are only allowed to stay on the half of the field they are defending.

Midfielders play both offense and defense and can go anywhere on the field.

The goalie defends the net and is the only player who can use their hands to catch the ball. Each team tries to score on the other team's goal.

Players use lacrosse sticks to pass the ball to one another, play defense, and most importantly, try and score goals.

The lacrosse ball is a circular rubber ball.

The referee will stop play if the ball goes out of bounds, a team scores, or if a player has broken a rule.

In some circumstances a player will be called for penalty and will have to sit out for a short period of time, giving the other team an advantage.

Cradling is when players move the lacrosse ball back and forth in the pocket of their stick, ensuring the ball does not fall out of their stick while they are running around the field with the ball.

Whichever team has more goals at the end of the game wins!