What is Kung Fu? 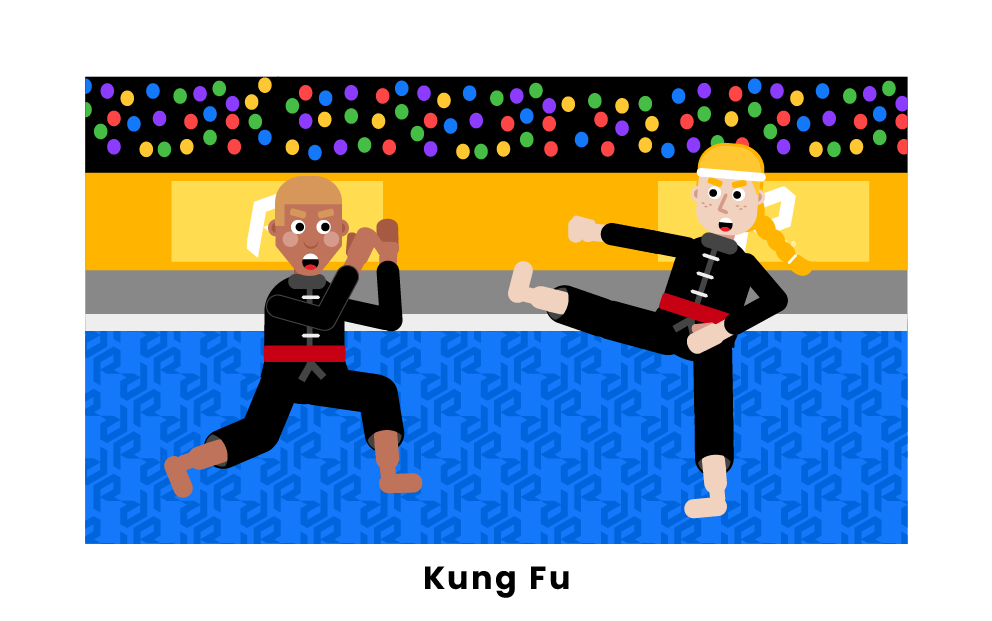 Often misunderstood as a unique martial art, kung fu is a term encompassing all of the many Chinese martial arts. Kung fu training can be highly beneficial to a person’s physical and mental health. It teaches self-defense through the practice of kicks, pivots, and punches while simultaneously improving flexibility and strength. Other benefits of Kung Fu are increased blood circulation, lower blood pressure, stress relief, improved concentration, and discipline, as well as providing a sense of community.

Kung fu is a Chinese phrase that means a skill learned over time through hard work, more literally, human achievement. Over time, kung fu came to be used as a term representing all Chinese martial arts. Tracing kung fu’s history is extremely difficult because preserving the teachings in writing was forbidden, but historians have theorized that the first form of kung fu originated around 211 BC. The Shaolin monks of the 5th century AD introduced the more modern versions of kung fu known today. 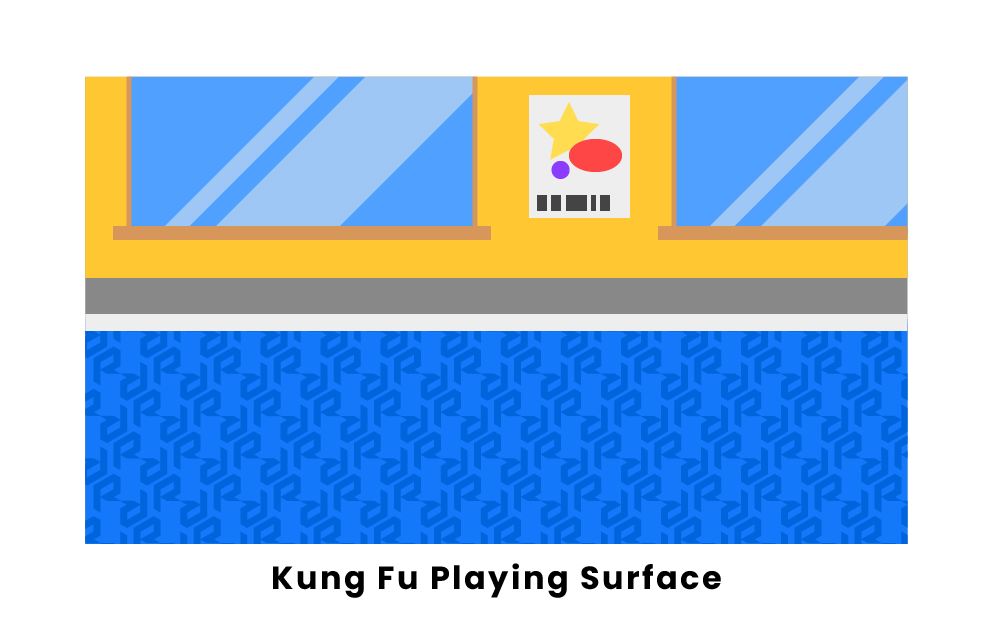 Kung fu training doesn’t take place on a regulation court or field, as is common in other sports. Kung Fu is practiced both indoors and outdoors. It may be beneficial to practice Kung Fu on padded flooring to prevent injury, but there aren’t any rules specifying this. In China it is common to train on grass, dirt, stone, or wooden floors provided there is room to maneuver. 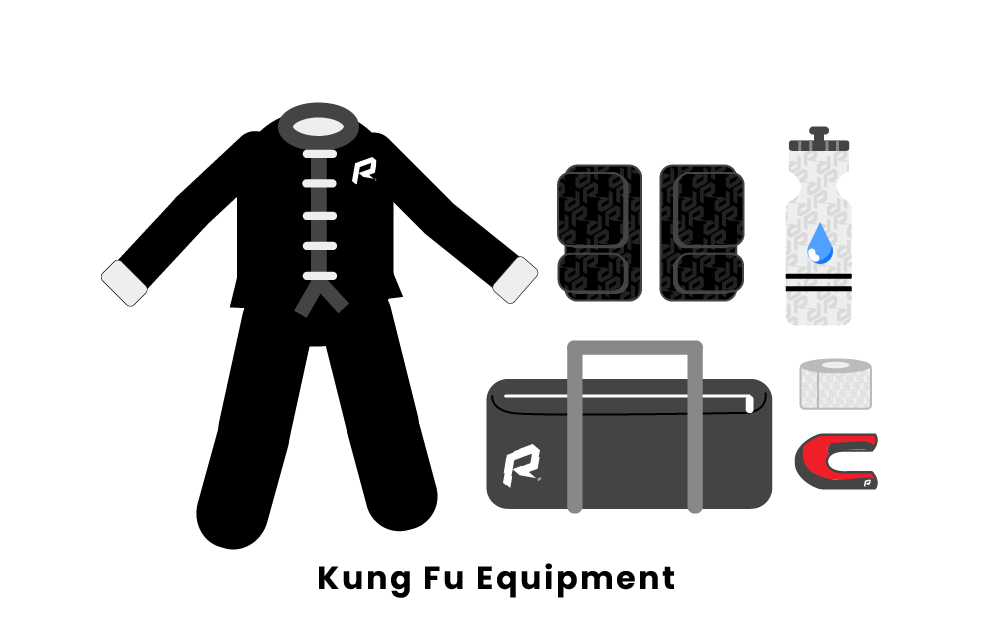 The Chinese martial arts can be practiced alone or in a group with an instructor. There are a variety of training tools and equipment available to improve fitness, strength, and technique while practicing. Protective equipment is also available and highly recommended due to the repeated striking during training. Another category of kung fu equipment is weaponry. Due to the danger involved in traditional kung fu weapons, training may involve a safer alternative.

Here is the essential kung fu equipment you should have: 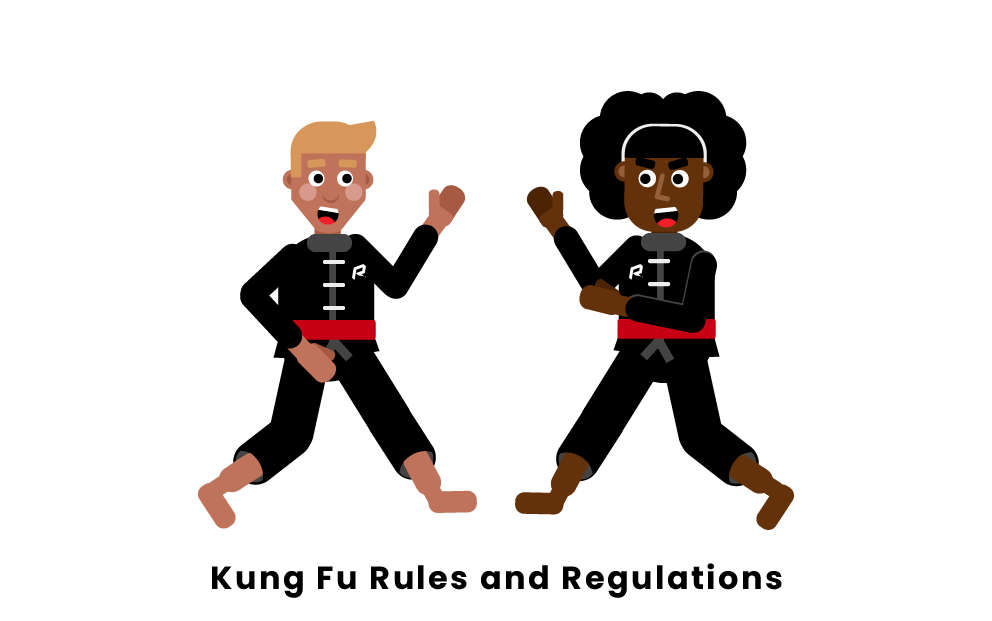 There are many martial arts techniques that comprise kung fu, so the rules may vary among them. Kung fu stresses the rules of conduct and character as highly as those of combat. The way you behave toward your instructor and fellow students is as important as how you perform in competition.

Here are the most important kung fu rules you should know:

There are so many styles of kung fu that it is impossible to master them all. Some styles are better suited to large, physically solid athletes, and others more suitable for smaller, agile athletes. However, all kung fu styles require expertise in four major techniques. Some styles are known for complex hand movements while others stress using the legs as a primary weapon.

Here are the most important kung fu techniques you should know: 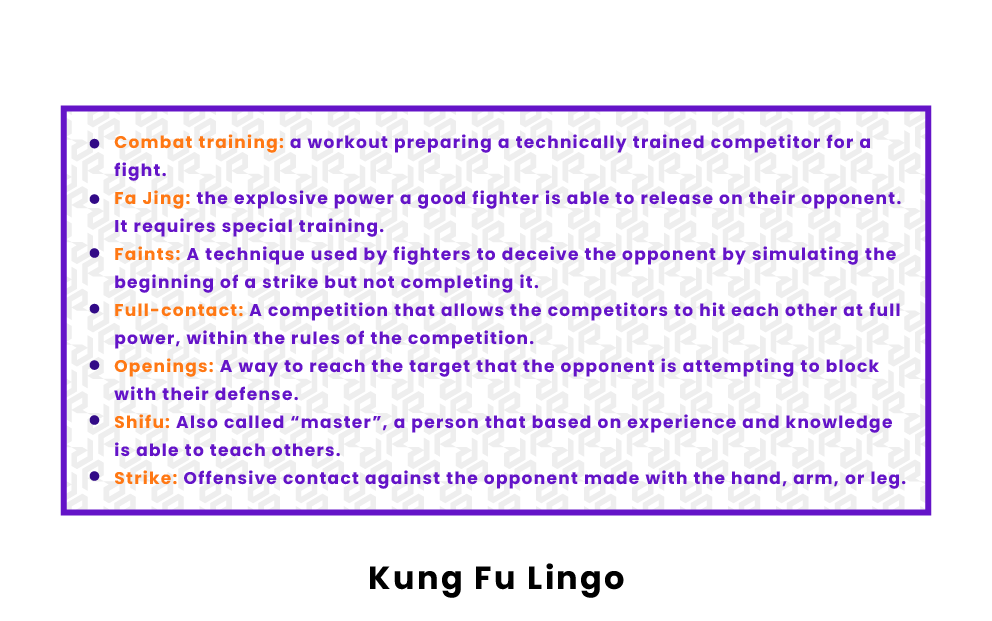 Here is the common terminology and slang in kung fu:

There aren’t any Olympic or World Championship Kung Fu competition broadcasts as you find in other combat sports. Famous kung fu athletes are known through other endeavors.

Kung fu didn’t become a popular term in America until the 1960s when Hollywood began making fighting movies featuring Bruce Lee, undoubtedly the most famous of all kung fu athletes. The majority of famous kung fu athletes gained their notoriety through motion pictures.

Here are the most famous kung fu players you should know: 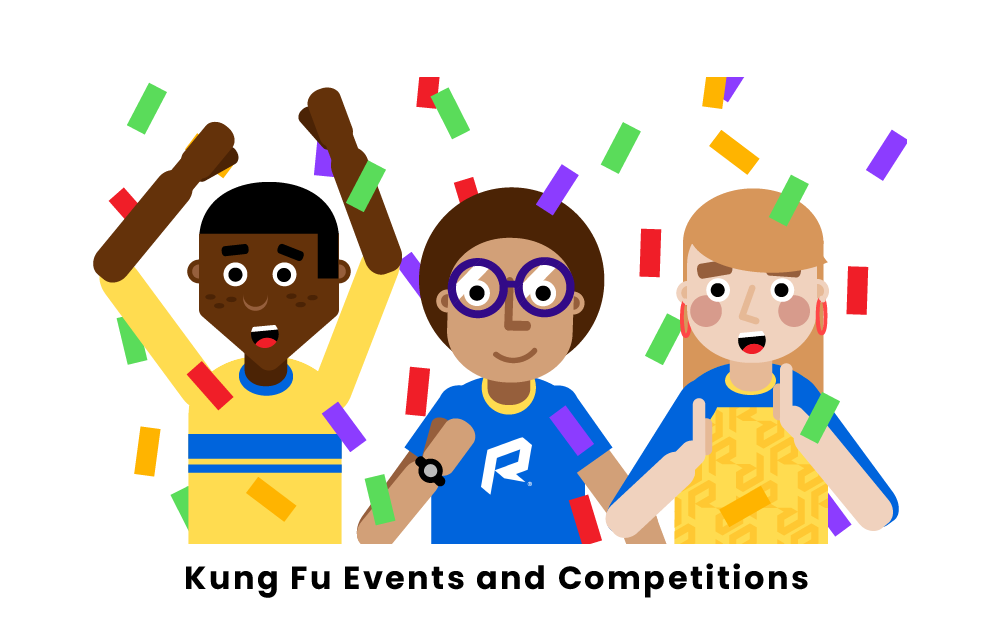 There are many kung fu competitions across the globe every year. Most of these events take place in local clubs or gyms among small communities. The best of these competitors may have their sights on more significant competitions and awards. While not very familiar to most Americans due to little publicity, a few large Kung Fu competitions are held every year.

Here are the most popular tournaments in Kung Fu:

World Kung Fu Championships (WKFC): Hosted every two years by the International Wushu Federation in China. It is a tournament where competitors of all ages and skill levels can compete in a wide variety of events. The event focuses on building friendships and interest in kung fu.

International Chinese Martial Arts Championship: Takes place in the United States. It is an event where Kung Fu practitioners of all skill levels and ages compete against their peers to determine a champion.

Pages Related to What is Kung Fu?