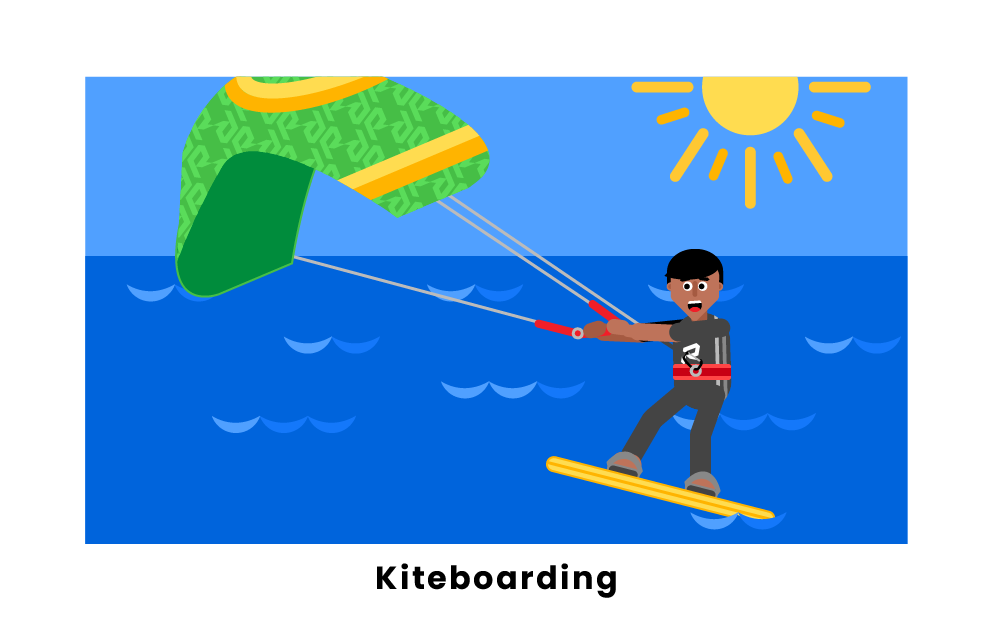 Kiteboarding is one of the most thrilling sports you’ll ever try. Kiteboarders harness themselves to a large, typically C-shaped kite and capture the power of the wind to glide the board over open water. Kiteboarders can catch major air, build incredibly fast speeds, or perform a number of flips, spins and stunts.

Combining wind, water, and boarding, kiteboarding took inspiration from a number of sports and athletes. Modern kiteboarding was invented in the late 1970s by French brothers Dominique and Bruno Legaignoux when they wanted to try water skiing with a dual inline kite. They spent the 80s and early 90s crafting and perfecting a kite style, and soon caught the attention of Hawaiian surfers who put together the first kiteboarding competitions in Maui. Since then, it has attracted athletes across the globe, evolving into a number of disciplines. 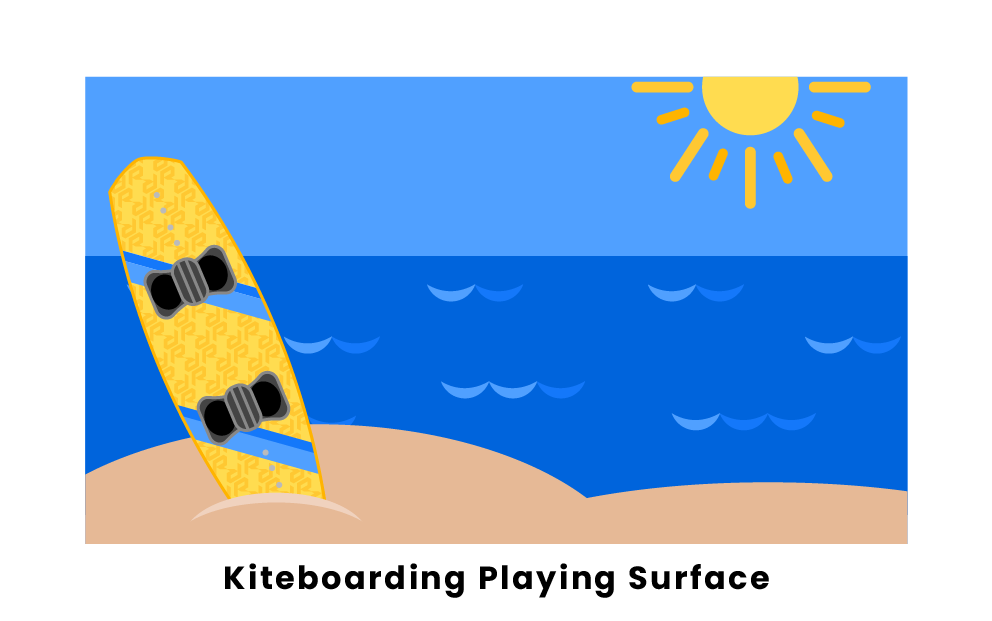 Kiteboarding is a sport performed over open water with winds strong enough to keep the kite flying. Oceans or large lakes are best for kiteboarding, as you’ll need wide open space. The most important thing to understand about your environment is the wind window, the three-dimensional area of windy space over water. Flying your kite closer to the wind window will produce a more powerful ride, whereas flying it further away will be more gentle. 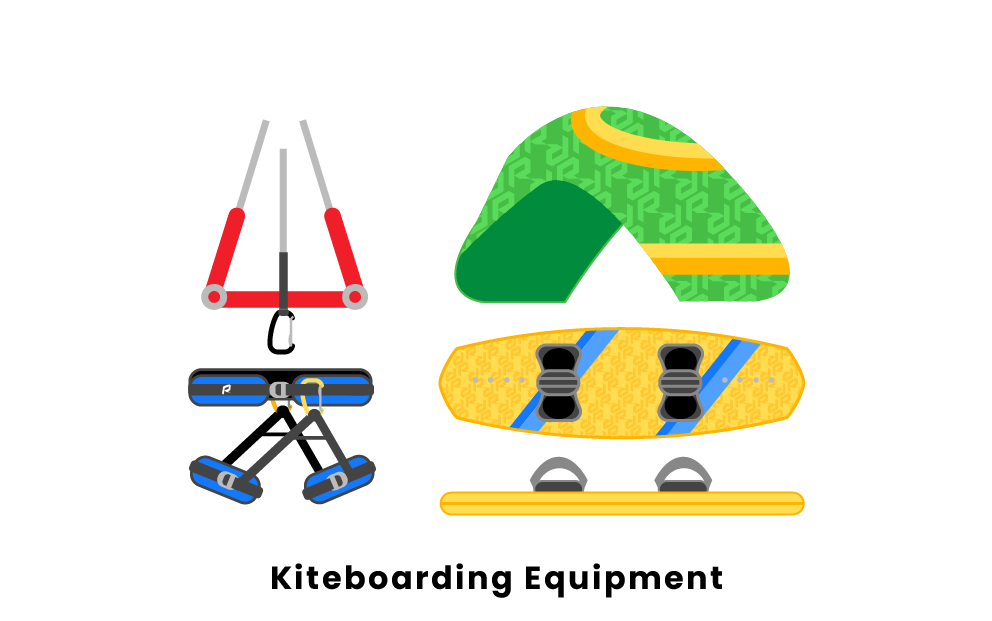 The key components for kiteboarding are your kite and board, but you’ll also need things like a harness and control bar to steer. Some accessories such as a safety leash or a helmet are a good idea for beginners, as kiteboarding can be an especially high-powered sport. You’ll find a number of kites and boards which are designed for particular strains of kiteboarding, so be sure to research which is best for you.

Here is the essential kiteboarding equipment to have:

Because kiteboarding is such a diverse and innovative sport, you can aim for accomplishing a number of objectives, be that winning a race or performing extraordinary stunts.  In strains of kiteboarding like boardercross, the goal is to build the fastest speed possible and race other boarders.  In other styles like big air, catching the wind just right to achieve the highest jump possible is the goal. There’s also plenty of tricks and stunts to be performed in forms like freestyle or wave riding. 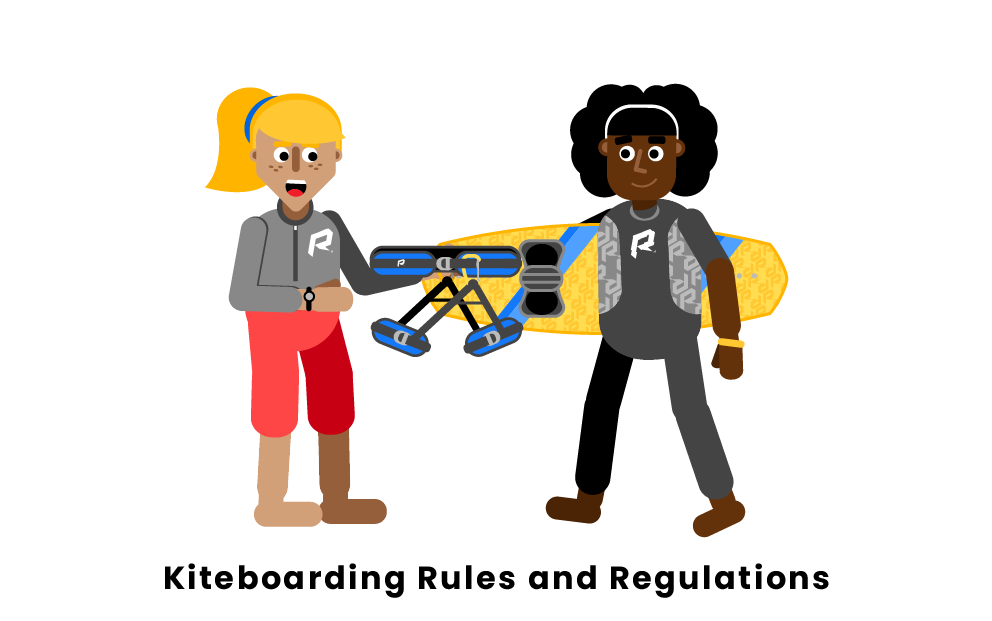 Because kiteboarding is a high-speed sport involving kites, collisions can become problematic. Knowing who has the right of way and keeping adequate space between yourself and others is essential to avoid crashes and kite tangles out on the water.  Be sure to avoid stormy weather and dangerously strong winds, making it hard to control the kite.

Here are the most important kiteboarding rules to know:

Kiteboarding comes with a wide range of strategies. Some kiteboarders want to get high jumps, some want to go as fast as possible, and some want to show off stunts like rolls or spins. Freeriding, or regular boarding over water, is the foundation where all beginners start. More advanced kiteboarders might try their hand at more daring disciplines such as big air or freestyle kiteboarding. They may seem daunting, but they’re worth the thrill!

Here are the most important kiteboarding strategies to know: 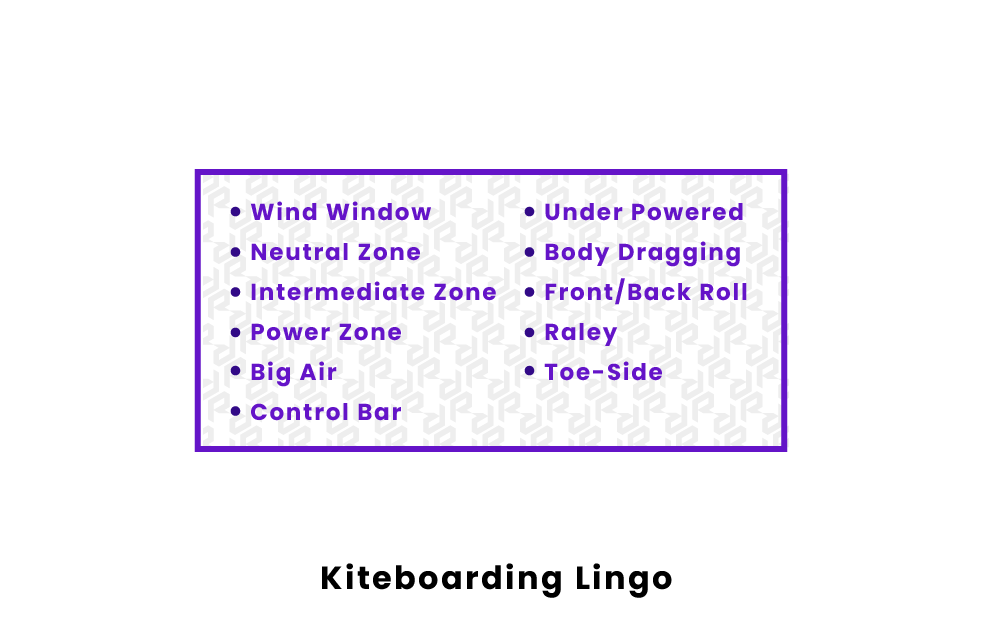 Here is the common lingo and slang in kiteboarding: 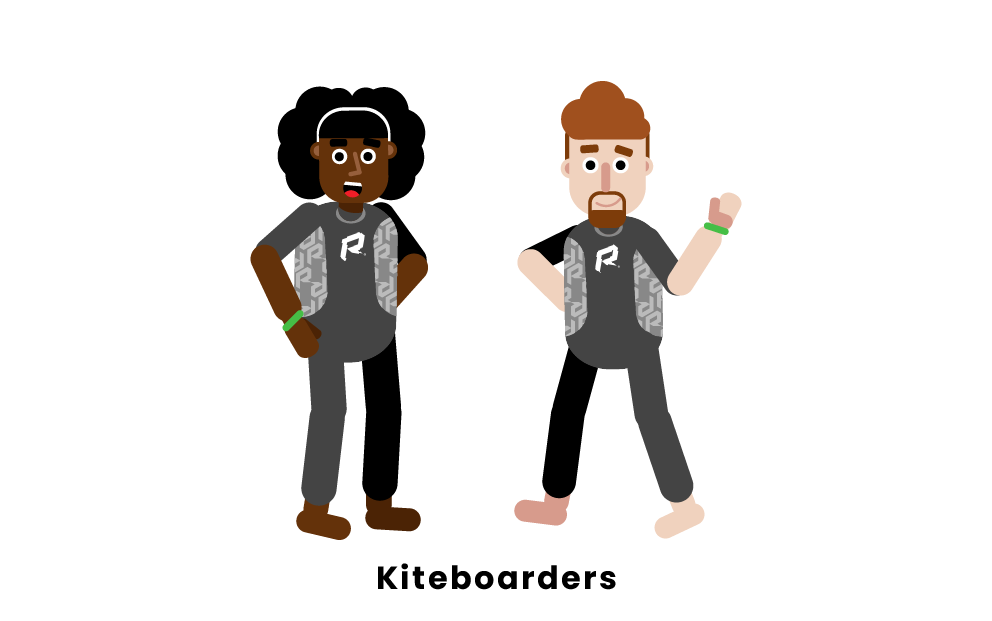 As an incredibly fun sport with lots of room for creativity in stunts, kiteboarding has attracted extraordinary athletes. Talented athletes of many backgrounds-- like surfers, snowboarders, or skateboarders-- have been drawn to and helped innovate the sport.

Here are the most famous kiteboarders you should know:

Around 1.5 to 2 million people worldwide are part of the kiteboarding community. Multiple leagues across the world cover a diverse range of kiteboarding disciplines. Some like the World Kiteboarding League promote freestyle kiteboarding and stunt performing, whereas others like the Big Air Kite League focus on big air style. A number of tours and competitions are also focused on racing, like the Kite Boardercross Tour.

Here are the most popular Kiteboarding leagues you should know: 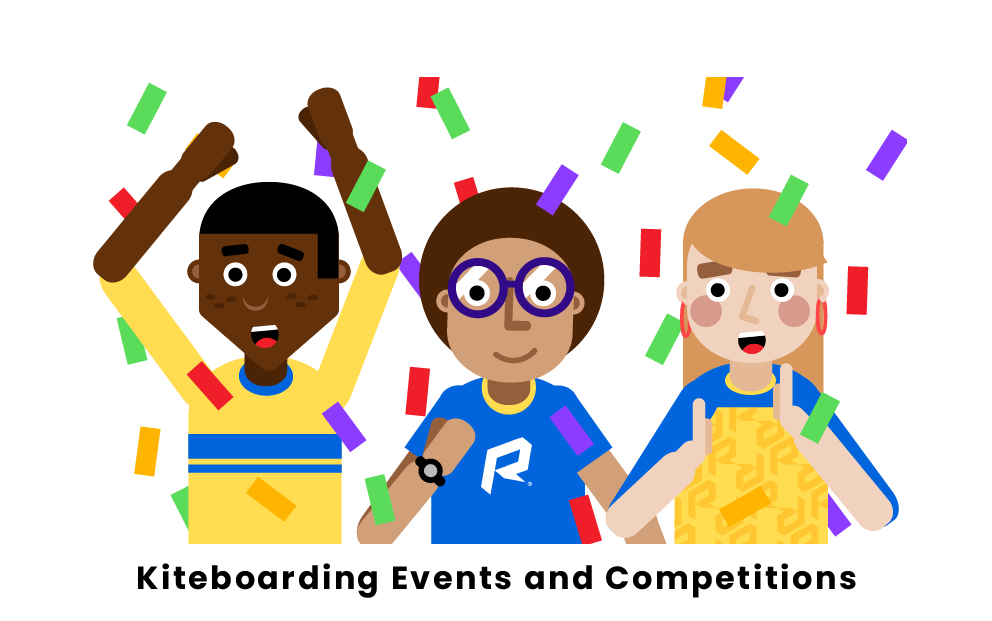 Here are the most popular tournaments in Kiteboarding:

Although it’s a young sport, kiteboarding has already built enough acclaim to gain itself a place in the future Olympics. After putting on an outstanding show in the 2018 Youth Olympics of Buenos Aires, kiteboarding is set to debut in the official 2024 Paris Olympics. It marks a milestone for watersports, especially following the inclusion of surfing set for the delayed 2020 Tokyo Olympics.

Pages Related to What is Kiteboarding?