What Are The Rules Of Kickball? 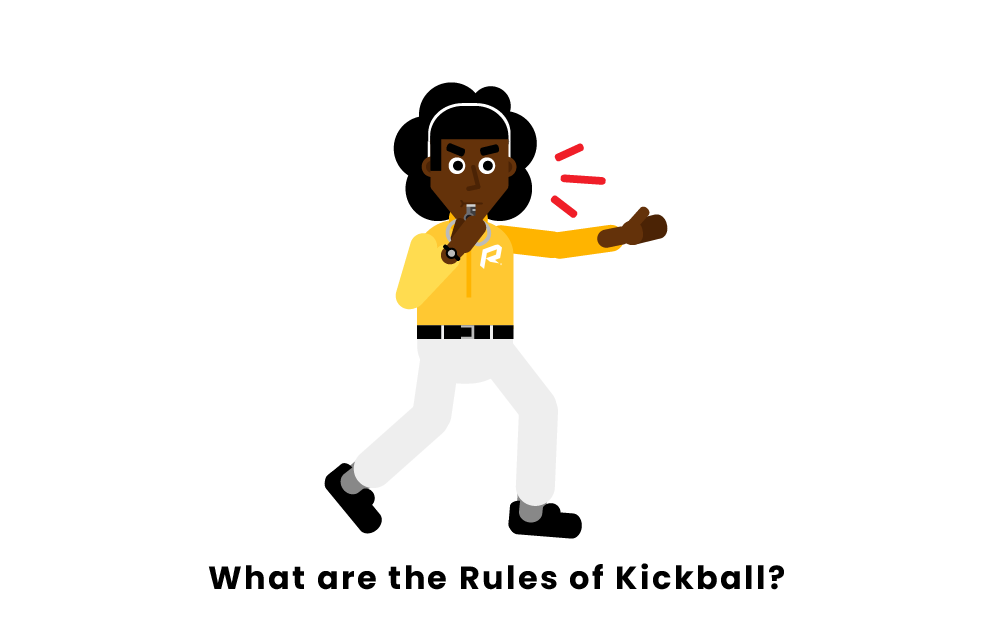 Kickball is a game, similar to baseball, that involves batting and fielding.

However, instead of swinging at a ball, the object is to kick a ball and run the bases to score more runs than their opponent. A run is scored after a player kicks the ball, runs around all the bases, and makes it safely back to the home plate.

The Field and Equipment

Kickball is played on a field with a diamond layout, similar to a baseball or softball field. The field has four bases including home, first, second, and third base. According to the World Adult Kickball Association (WAKA) regulations, the bases should be 20 feet apart but can be altered based on the amount of available space. The place where the pitcher stands, known as the pitching stripe, should be located directly in front of the home plate and in a straight line between first and third base. Behind the bases is the outfield, which is often surrounded by a fence.

Aside from the bases, the only other equipment needed is the kickball. Although professional leagues such as the WAKA use a certain ball, the game can be played with various types of balls, such as a soccer ball or dodgeball.

In kickball, there is no timed clock like many other sports such as football or basketball. Instead, there are innings which are periods where each team gets the opportunity to kick. In games governed by WAKA rules, there are usually six innings but this can vary depending on the rules agreed upon before the game.

At the top of an inning, one team is up to kick first and the other team is in the field. The kicking team's objective is to score as many runs as possible while the fielding team wants to prevent the team from scoring. Like baseball or softball, once the kicking team reaches three outs, the teams switch sides and the other team gets to kick. After the new kicking team reaches three outs, the inning is over.

Kicking the Ball and Running the Bases 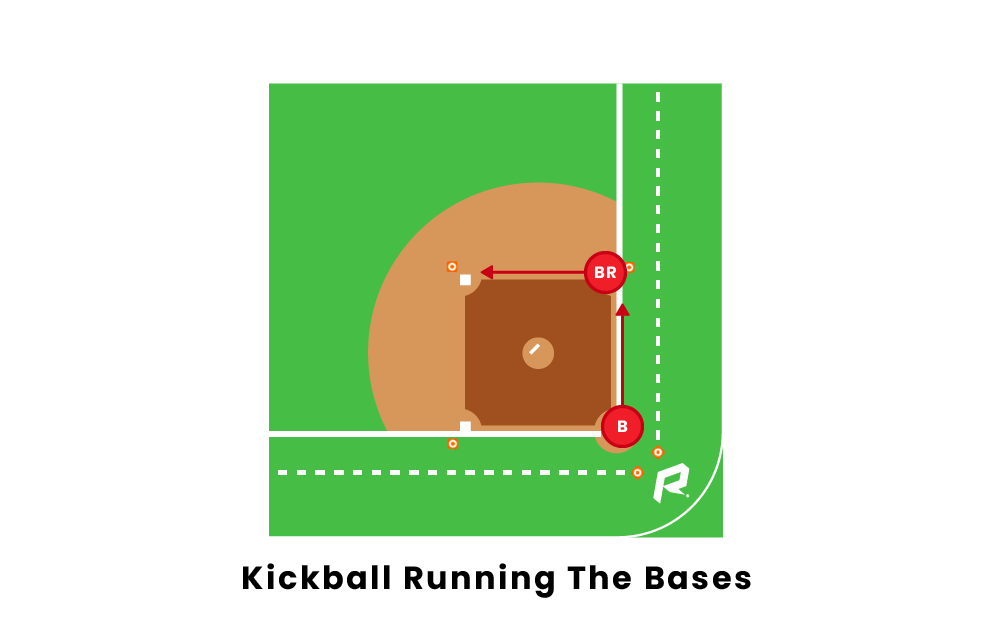 On the kicking team, players take turns kicking the ball rolled to them from the pitcher on the other team. If the team is co-ed, the kicking order will often alternate between males and females. Unlike baseball and softball, there are no strikeouts in kickball, allowing the kicker as many attempts as they need to make contact with the ball.

Once the ball is kicked, the player begins to run the bases, starting off with first base. The player can continue running the bases until they feel it is not safe to do so anymore. However, once the ball is back in the pitcher's possession, the play is over and players must stop running. Additionally, once on a base, a player may not leadoff or steal while another player is up to kick.

If the ball is kicked and it makes it over the outfield boundary (usually a fence), the kicker, along with all the other players currently on base, run the bases uncontested and each score a run.

How to Get a Player Out

When fielding, the goal is to get three players from the kicking team out as quickly as possible. In kickball, there are a few ways to get players from the other team out. One way is to catch the ball in the air after it is kicked. If an outfielder catches the ball, the player that kicked it is immediately out. Another way to get a player out is by tagging them with the ball while they are running between bases. In some leagues, players even have the option to throw the ball at the runner to get them out. The final way to get a player out is to force them out at a base. If an athlete is forced to run to the next base and the ball makes it to the base before the runner (either by being thrown to the baseman or carried over by another fielder), the runner is out.

After the designated amount of innings have concluded, the team with the most runs wins the game. However, if the game is tied up at the end, the WAKA rules call for an accuracy kick. During an accuracy kick, a player from each team is selected to line up at the home plate and kick the ball towards second base. Whoever gets the ball to land closest to second base wins the game for their team.

When is a player forced to run to the next base?

In kickball, there can not be more than one player on a base at a time. Therefore, a player is forced to run to the next base when a player behind them runs towards the base they are currently on. For example, if a player is on first base when their teammate is up to kick, they are forced to run once their teammate kicks the ball because the kicker will replace them at first base.

Is a player forced to run every time the ball is kicked?

No, a player is not forced to run every time the ball is kicked. If a player is on a base and none of their teammates attempt to replace them on a given kick, the player does not need to run. For example, if there are no players on first or second base, a player on third base can stay there on the kick unless the kicker attempts to run all the way to third base.

When was kickball invented?

Kickball was first introduced in 1917 by Nicholas C. Seuss. Seuss was a park playground supervisor when he invented the game and wrote the rules in his book called The Playground Book. At first, kickball was referred to as kick baseball. According to Daniel Chase, the Supervisor of Physical Education for the New York Department of Education, the first game of kickball was played by a group of adults with a stuffed stocking in place of a ball.

How many players are on a team in kickball?

Generally, teams have between 5 and 15 players. However, the World Adult Kickball Association recommends that teams have between 8 and 11 players. Depending on the league, the amount of players on the field at one time varies. In co-ed leagues, there are often requirements for a certain number of male and female players on the field at once. Teams are only allowed to have one player up to kick at a time.

Pages Related to What Are The Rules Of Kickball?