Just about any area with enough space can be a kickball field, indoor or outdoor. All you need for the kickball diamond is three bases, home plate, and an outfield. Each base is 60 ft apart and the distance from home to second is 84 ft and 10 1/4 inches, with the pitching rubber right in the center. To help outline the field, there are often cones placed behind each base including home plate.

The three bases and home plate are equal distances apart (about 20 paces), forming a diamond shape. Within these bases is what's known as the infield, where you'll see first, second and third basemen, the pitcher, catcher, runners and a batter. In counterclockwise order, the bases go first all the way to home. These bases are typically square pieces of rubber that can easily be placed on grass, dirt, or indoor wood. 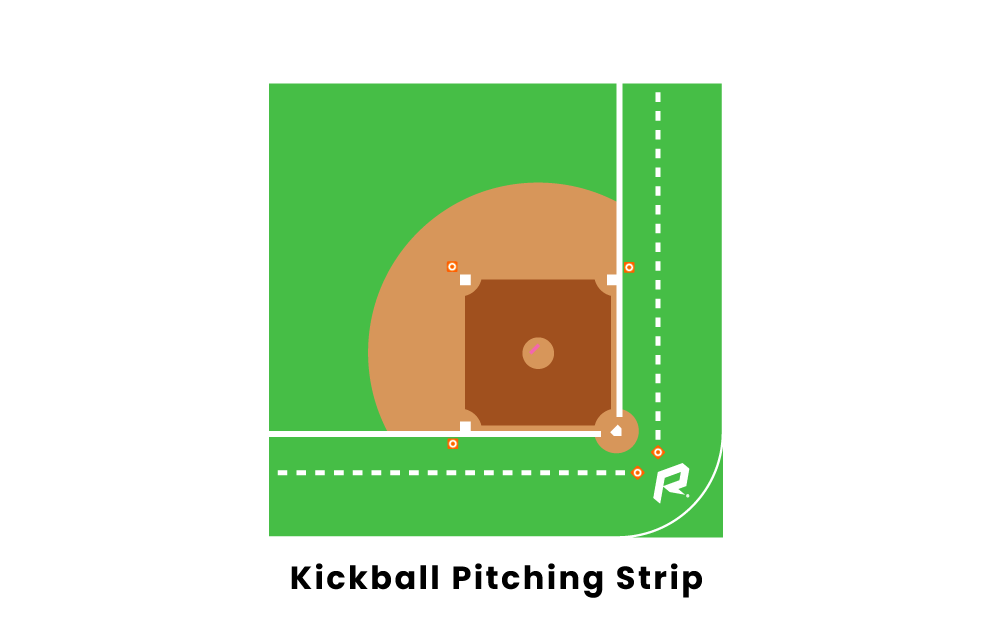 Kickers usually like to get a good running start to build momentum before a big kick. Kickers are allowed to start wherever they please, but in higher levels of play, contact with the ball must happen within the kicker's box. This front of this box lines up with the front of home plate. There are two sideline cones 10 feet behind home plate, these mark the back and sides of the kicker's box. So the kick must be made within the lines made between these two cones and home plate. 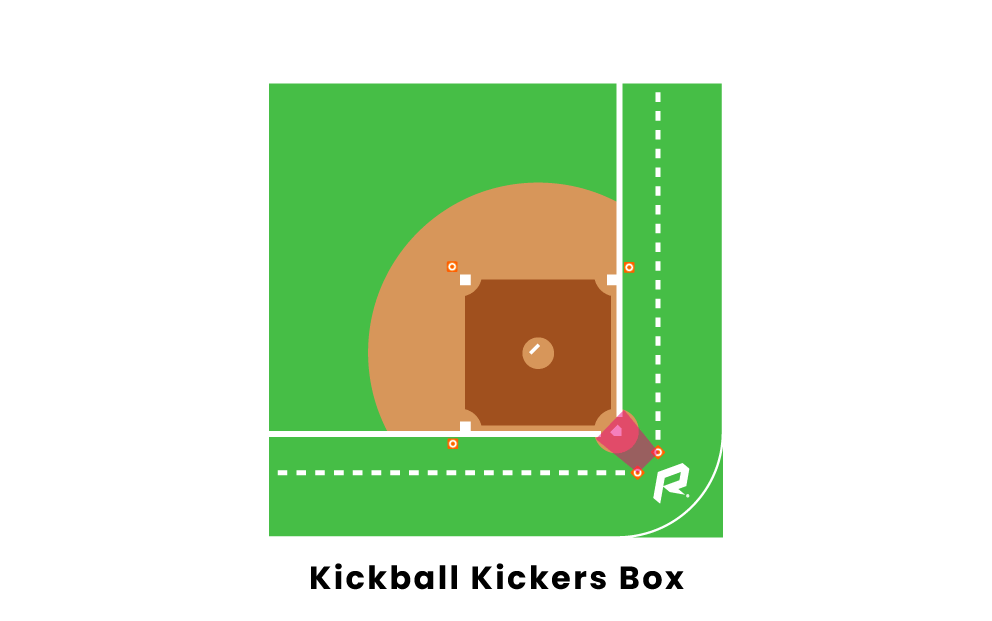 Depending on where players decide to make their field, the outfield can be anything behind the bases that make up the infield. For boundary purposes, many use a fence or something else to mark the end of the outfield. The fence can also help to determine fair and foul territory. 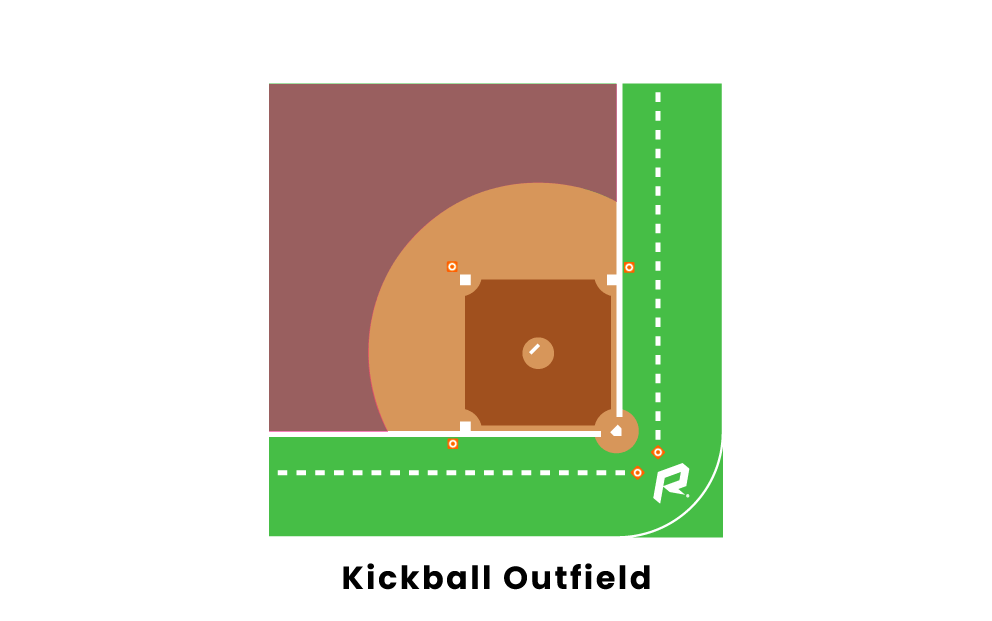 In order to know the difference between a fair and foul ball, there are foul lines that extend from home plate straight out to the fence or perimeter of the outfield. Kicks that land on the foul line are considered fair territory, but anything outside is a foul ball. 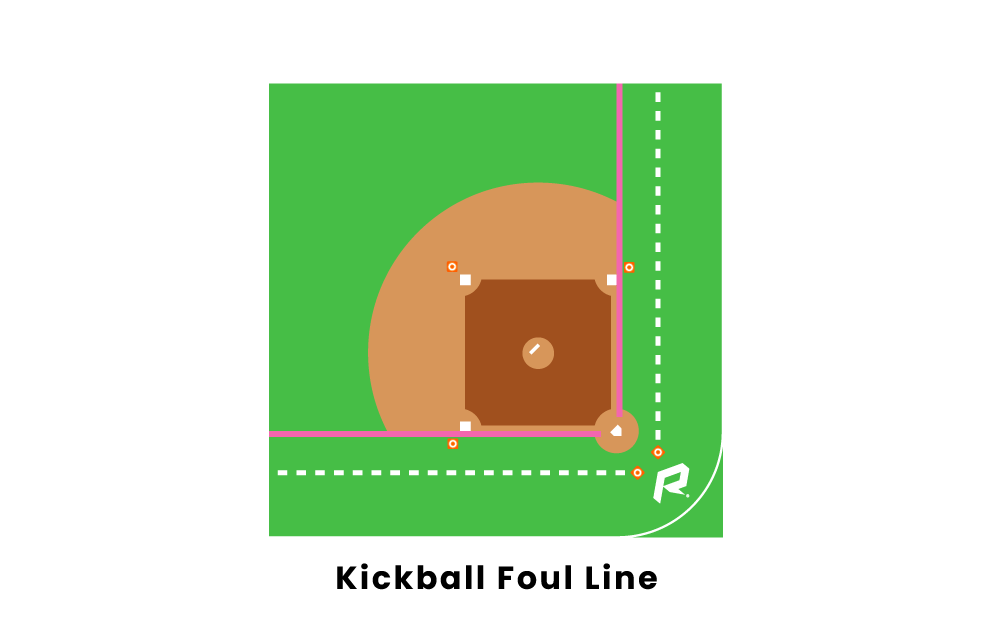 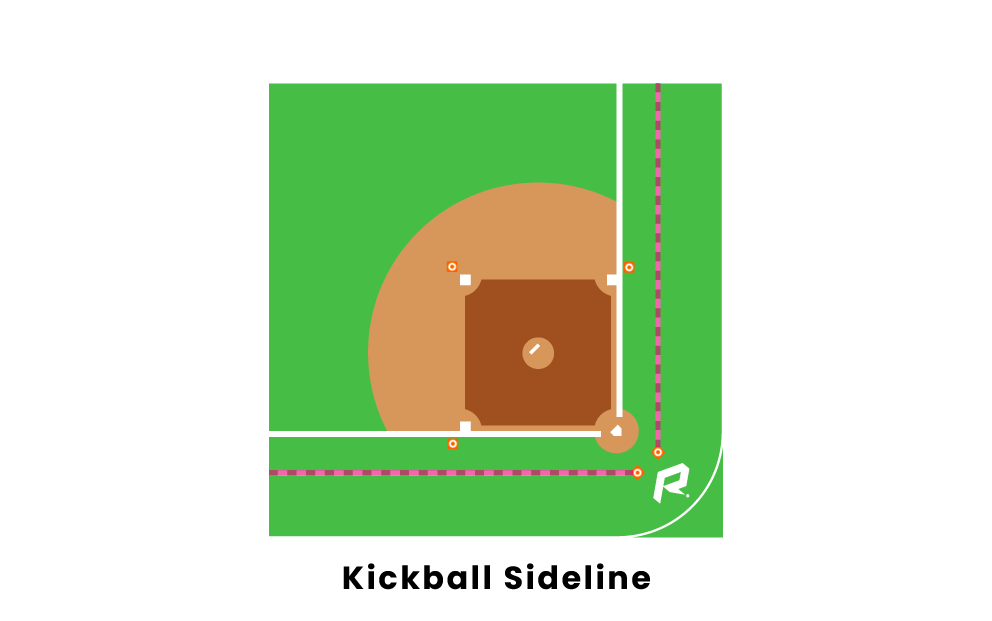 The First To Third Diagonal

The 1st to 3rd diagonal is an important line to know when playing kickball. It is an imaginary line that connects a point on first base to a point on third base. It is used to align fielders before every pitch. All fielders must be on or behind this line and in fair territory prior to the pitch thrown by the pitcher. The pitcher and catcher are the only fielders that do not have to be behind this line. If a fielder is not behind the 1st to 3rd diagonal, a position warning may be called by the referee depending on league rules. 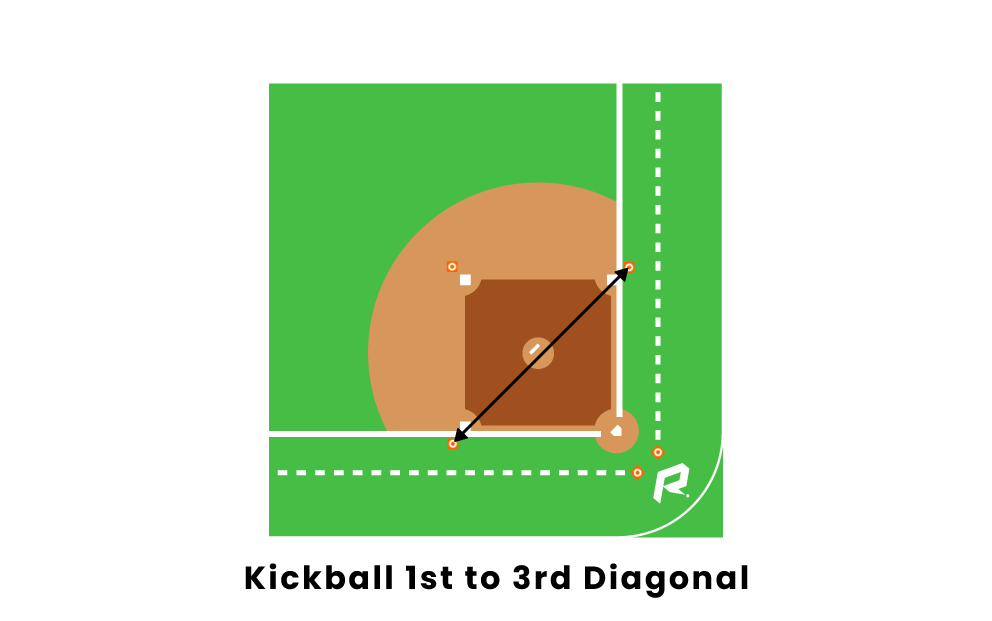 Pages Related To Kickball The Field