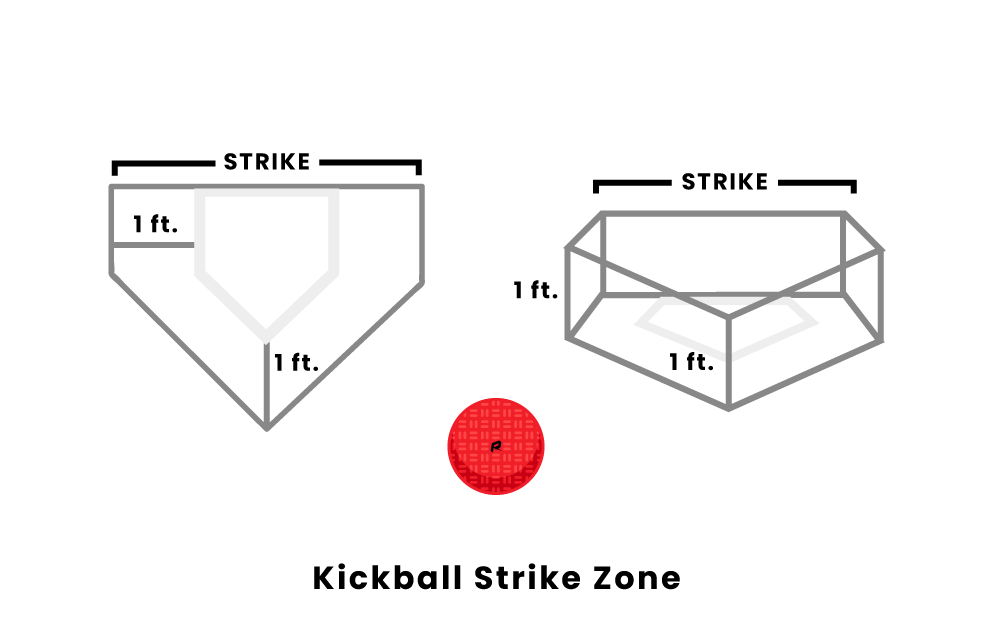 The pitcher stands on the mound behind the pitching strip and throws the kickball to home plate to the kicker. For every pitch, if the kicker decides to not kick it, the Referee will call it a strike or a ball.

A strike is any pitch that passes through the strike zone and is not kicked by the kicker. Strikes are also called on the kicker anytime he attempts to kick the pitch, but misses. This is called a swing and a miss. If the kicker gets three strikes during his at-bat, he will be called out for a strikeout. Foul balls also count as strikes, unless the kicker already has two strikes. In some kickball leagues, if the kicker hits more than four foul balls, he will be called out. 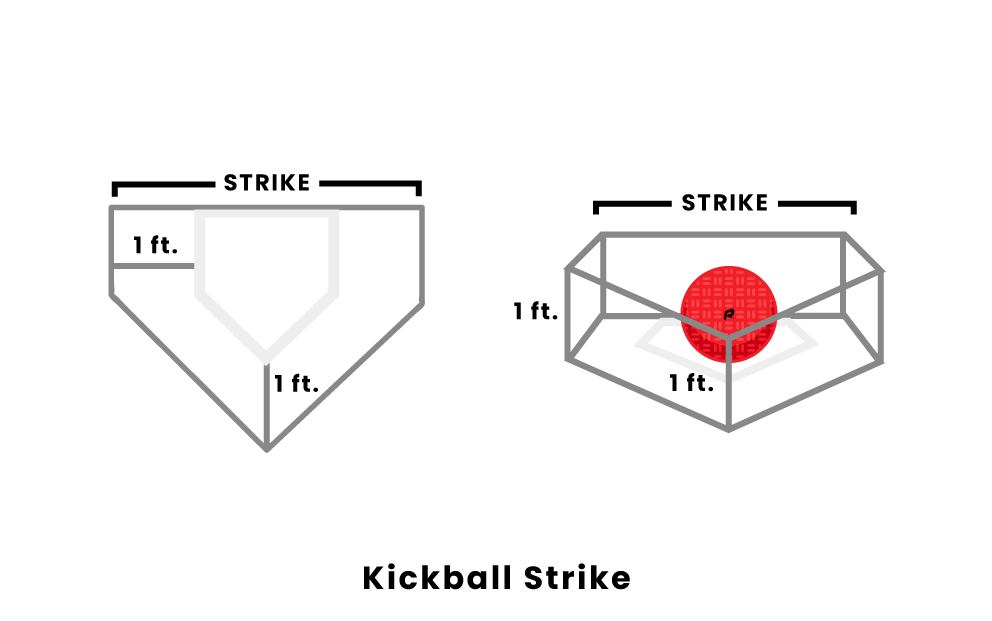 A ball is any pitch that passes outside the strike zone and the kicker chooses not to kick it. If the kicker gets four balls, he is awarded first base for a base on balls. This is also called a walk. 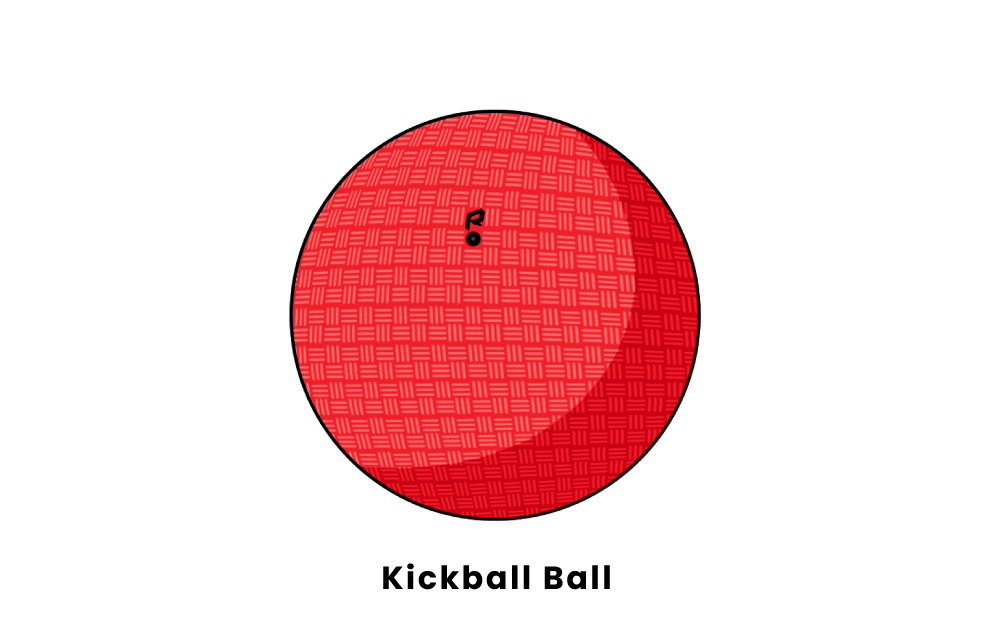 The count is used by the Referee to keep track of how many strikes and balls the current kicker at-bat has. Just like in baseball and softball, the count always reads as the number of balls to the number of strikes. An example of a full count is 3-2, which means the kicker has three balls and two strikes. On a full count, the next pitch will determine the outcome of the at-bat. If a ball is thrown, the kicker gets walked. If a strike is thrown, then the kicker will be called out for a strikeout. 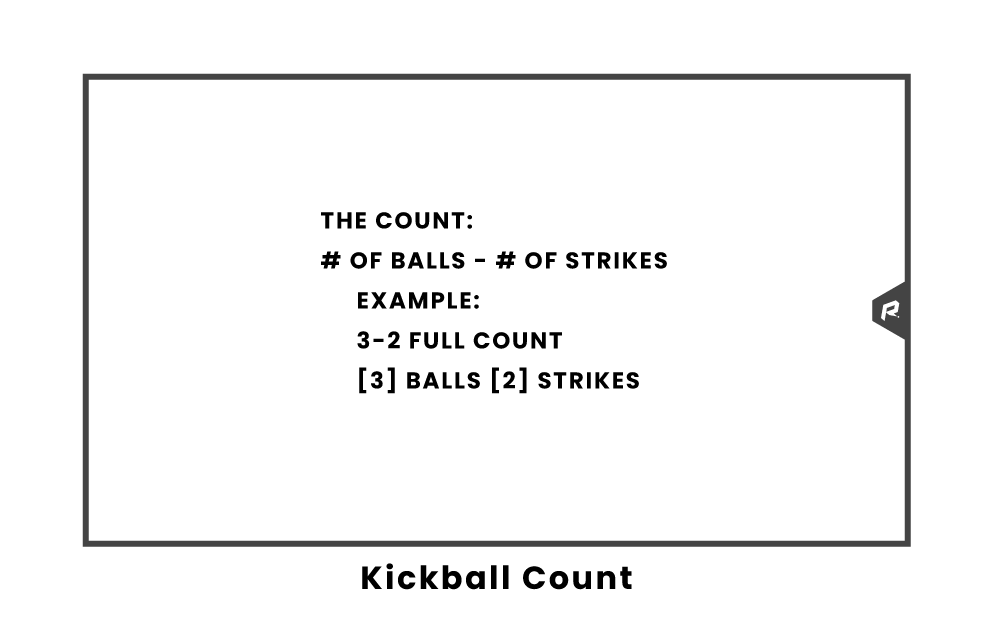