The pitcher is one of nine fielding positions in kickball. Pitchers stand on the pitching mound and are responsible for pitching and fielding. Pitchers always start with the ball. Standing with at least one foot behind a rubber base called the pitching strip, the pitcher releases the kickball towards home plate in hopes of getting a strike called on the kicker who is at-bat. 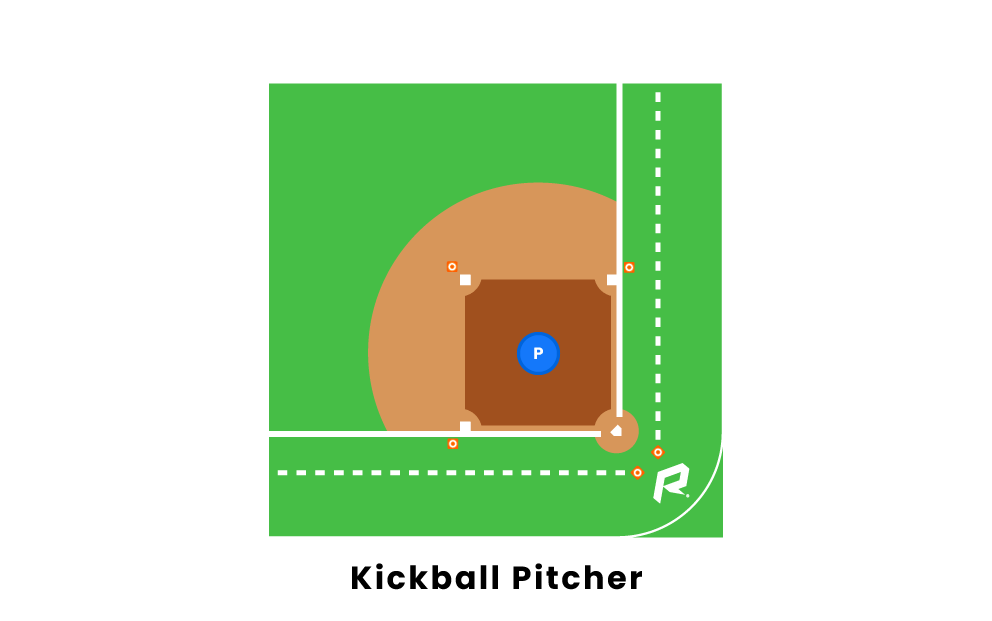 Pitchers must remain on the mound when pitching. It is also required that the pitcher keep at least one foot behind the pitching strip before and after releasing the pitch towards home plate. Kickball doesn't have a crazy amount of pitching rules like baseball and softball. For example, there are no balks in kickball. The pitcher, like all fielders, must be behind the 1st to 3rd diagonal prior to the pitch. This rule is important so fielders can't rush the kicker as the pitch is thrown.

In kickball, there are lots of pitches a good pitcher will have in his arsenal. Pitchers should be able to throw a wide-array of pitches such as fastballs, changeups, and curveballs. A good pitcher will often disguise the type of pitch he is throwing by utilizing the same pitching routine. Some of the best kickball pitchers are able to keep their pitches in the strike zone, while applying speed, precision, and spin.

A pitcher's style is defined by where he stands on the mound, his throwing motion, and the types of pitches he picks. In most kickball leagues, there aren't restrictions on how a pitcher can throw a pitch as long as it allows for a fair game and contest. For example, the referee may call an automatic ball on any pitch that bounces too many times before reaching home plate. The limit of bounces is usually two to three in most leagues. It is also a rule that the pitcher must use his hands to pitch and can not use other parts of his body to throw.