Kickball games are made up of innings. An inning has two parts called a top half and bottom half. During each half-inning, one team is kicking while the other team is fielding. The concept of an inning is not unique to just kickball. Other field sports like baseball and softball use innings as well as part of the game format. The away team always kicks first at the top of the inning while the home team kicks second at the bottom of the inning. If the away team is winning after the top-half, the bottom-half isn't played, since the winner is already decided.

How Many Innings In Kickball?

A kickball game doesn't usually last as long as a baseball and softball game. Depending on the league you are playing in, kickball games can have anywhere from three to nine innings. The most common is five innings with additional innings if the score is tied. However, be sure to read up on the rules of your kickball league for the exact amount of innings.

How Many Extra Innings?

Extra innings, also known as overtime, happens when the score is tied at the end of the last inning. It is possible for a game to have many extra innings until a winner is decided. Some kickball leagues play with sudden-death rules or state the team that scored the last run is the winner. Regardless of the rules, extra innings are the same as regular innings and have a top-half and bottom-half. 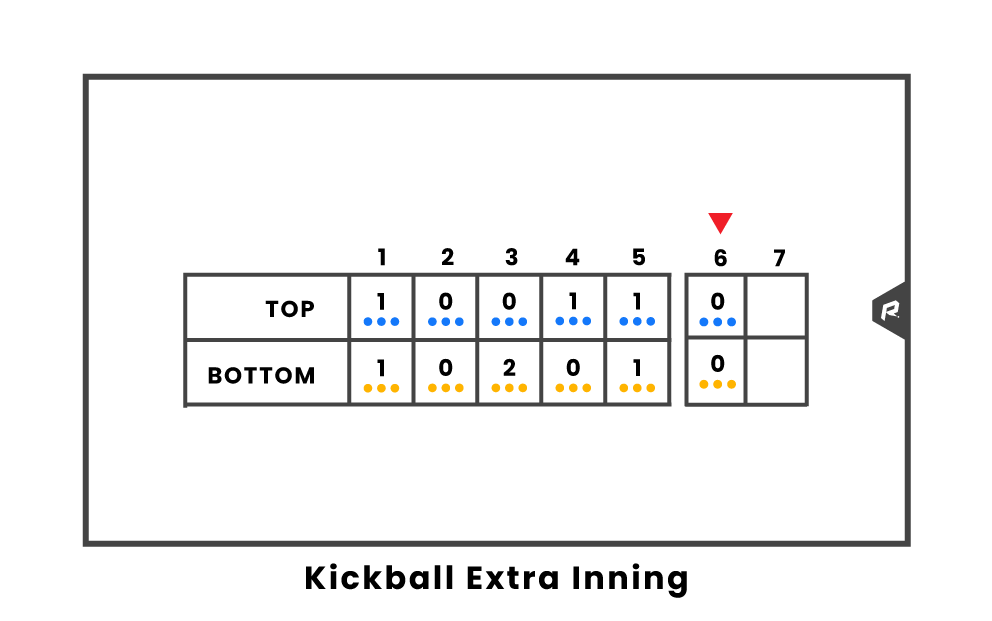