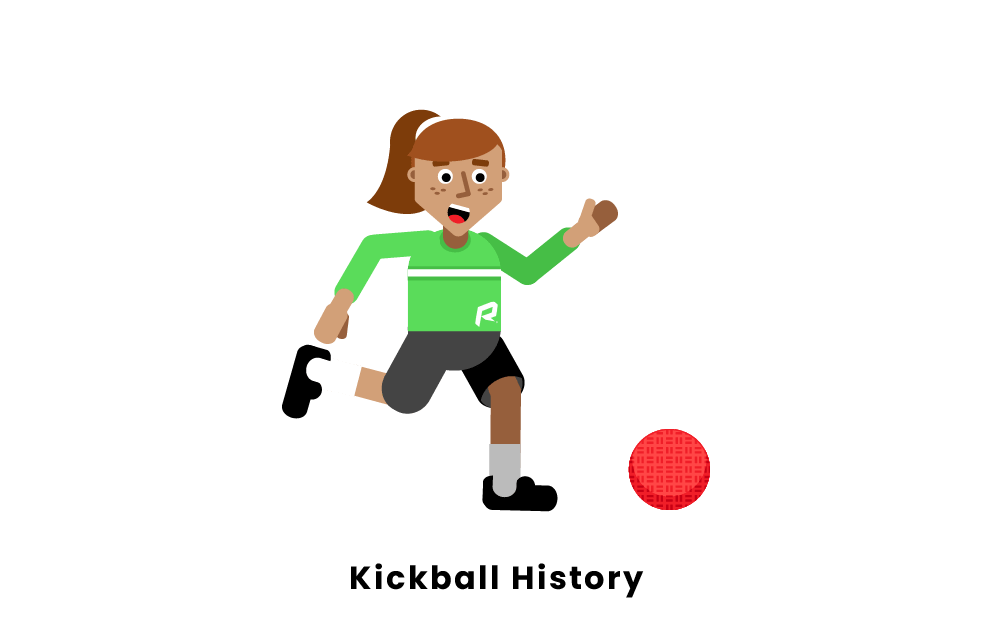 What are the Basic Rules of Kickball? 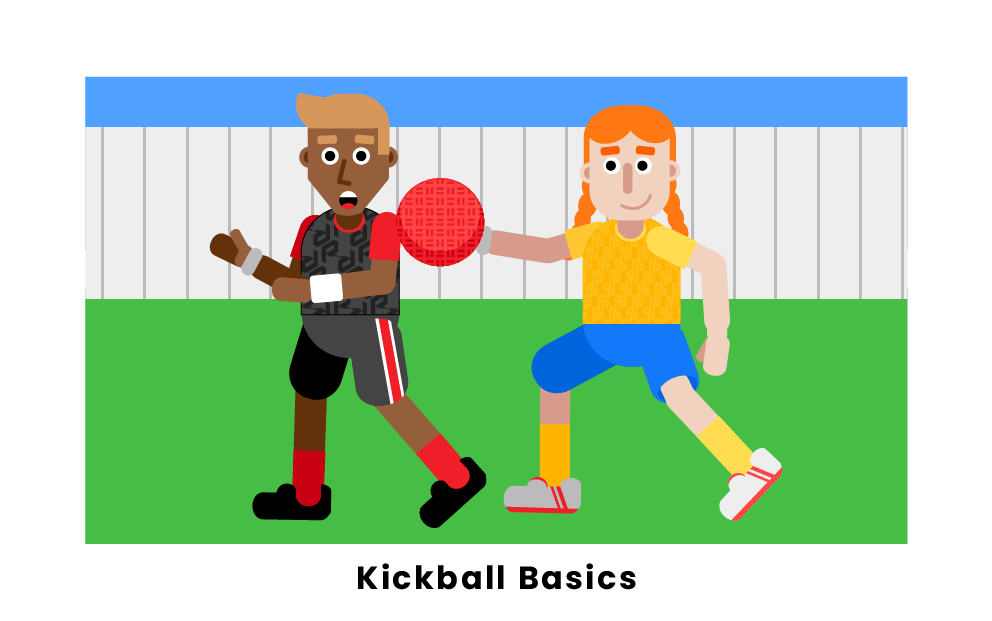 Kickball is a similar sport to that of baseball. They both consist of two teams attempting to score runs by touching all the bases without getting out. However, instead of having to hit a ball with a bat like in baseball, a rubber ball, similar to a dodgeball, is rolled to the hitter while they are trying to kick it as far as possible. Kickball is played between two teams consisting of between 5-15 players and it is preferred to be played on a softball field but any surface can be used as long as four bases are available. Unlike baseball and softball, a tie breaker is not determined in extra innings but instead an accuracy kick competition. The World Adult Kickball Association (WAKA) states that one designated kicker from each team kicks toward second base and the team whose kicker gets the closest to the base is the winner. In kickball there are no strikeouts, leading off the base by runners, or stealing. The defense is not allowed to peg a runner to get them out; a runner is considered out if their kick is caught on a fly, they are tagged out by the ball, or they are forced out at a base.

The game of kickball was invented in the United States originally as kick baseball. Specifically, it was started in Cincinnati, Ohio in parks throughout the city. Physical education teachers incorporated kick baseball into their curriculum in public schools throughout the United States. As time went on, and the game became more played throughout schools, better techniques were developed and more aspects of baseball were added. After it was created, soldiers adopted it to keep them busy and energized during World War II. This seemed to be the peak of its popularity because after this the popularity of the game began to dip and decline drastically.

Kick baseball was invented by the supervisor of Cincinnati Park Playgrounds Nicholas C. Seuss in order to help children better understand the principles of baseball and softball. The rules of the game were published in a physical education journal in order to spread the game as much as possible. As the years went on children began to play less and less however, when adults got into the game, kickball saw a soar in popularity like never expected.

When was Kickball Established?

The original game of kickball was created by Seuss in 1917. The sport reached the curriculum of the public school system in the United States in the early 1920s. The game began to add more aspects of baseball throughout the 1920s and 1930s to expand the knowledge of baseball in children that were learning the game in the gym classes at school.

When did Kickball Become Popular?

Kickball became popular almost as soon as it was created. It became popular in physical education classes throughout the country. It was also played overseas by soldiers during World War II in order to pass time. After this, the popularity of the sport decreased. It rose again in the 1990s as adults began to become reinterested in the sport and created many adult leagues. Kickball remains a popular game today among both children and adults in parks throughout the United States.

Most Popular Countries that Play Kickball

Though the game of kickball may have originated in the United States, there have been many countries that have developed an interest for the sport. They maintain very similar rules to the original game but they changed the name that it is known as. The most popular countries for this game as well as the name of it are:

Pages Related To History Of Kickball