The game of kickball that we know today was never supposed to be its own sport, rather a way for teaching young kids the rules of baseball. In 1917, park supervisor Nicholas Suess did not want to buy the bats required to play regular baseball, thus “Kick Baseball” was born. It grew in popularity as it was integrated into church communities and school gym curriculums. The original ball used was a soccer ball or volleyball until the rubber iteration was implemented.

A standard kickball game is played similarly to baseball, with a pitcher who rolls the ball to a kicker who then attempts to hit it into play. This batter must then attempt to make it safely to base before the fielders bring the ball to the base or tag the runner. The goal is to score more runs than the opposing team by running all the way around the bases without getting out in any way. Like baseball, the home and away team each have one turn batting and one fielding per inning. 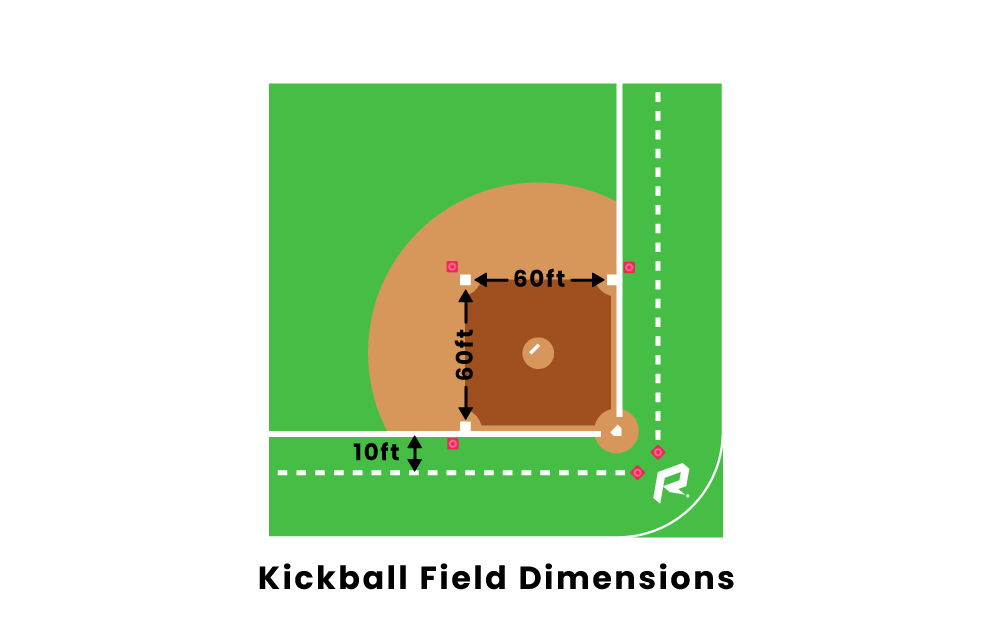 Matt Ball and Big Base

A common adaptation is known as Matt Ball or Big Base. In this version, runners can choose when to advance from base to base and teams can have an infinite number of runners per base. Once a batter has made it all the way home, they can choose to get back in line to kick or to continue running back to first in order to continue scoring runs for their team. It is up to the players’ discretion as to whether this continual scoring is to be capped at two or three runs or whether runners can continue until all three outs are made.

Another modification is known as line kickball, in which there is only one batter who kicks and then every other player runs in a single file line. Once the pitcher receives the kick they can begin to tag players out. Every player who gets out then becomes a fielder until the last person in line crosses home plate.

Dodgeball is the most well-known sport that uses kickballs, although the balls used are generally smaller despite their kickball classification. In dodgeball, two even teams are on opposite sides of a centerline. The purpose of the game is to get all of the opposing players out by hitting them with the kickball or by catching an opposing player’s throw. The team with the last man standing, wins. If you are able to catch a ball, then a player on your team who was already out may reenter the game. Many dodgeball games have rules against being hit in the head, and either count headshots as null or sometimes even an out for the thrower of that ball.

Four Square is a common recess game usually played on a black top with a standard kickball. A giant square drawn on the ground is separated into four equally sized subdivisions with one player in each box. Each square has a ranking, and the goal is to stay at the highest ranked square for as long as possible. The player who starts in the highest ranked square, known as the “King”, will hit the ball into one of the opposing player's areas, and they, in turn, must do the same, letting it bounce once in a player’s own square before sending it off to an opponent.

A player gets out when they cannot return a hit into their square or when their hit goes out of bounds. If the second highest ranking player were to get out, for example, the king would stay in their box while the third and fourth players would get to move up, sending the previously second player back to the lowest ranking square. Four square can also be played with minigames at the discretion of the king, where they can call out words such as “Pac-Man”, which begins a game of tag with the ball along the lines of the playing area, or “Tree House”, where every player must run to the middle point of the box and touch the ball above their heads.

Spud is played with a regular kickball and can be played inside or outdoors. Before the game begins, each player is assigned a number one through however many players there are. Every round begins with a player throwing the ball as high and far as they can and yelling a random number. If the number called out was assigned to you, then you must run and retrieve the ball and yell freeze. This signals all of the other players to stop moving. You then have three steps to try and get close enough to another player in order to throw the ball at them to try and get them out by hitting them without the ball being caught. Each player has four lives, denoted by S-P-U-D. Other versions of the game are played with one designated player who is “it”, rather than using the number system.