Where Is The Kentucky Derby Held? 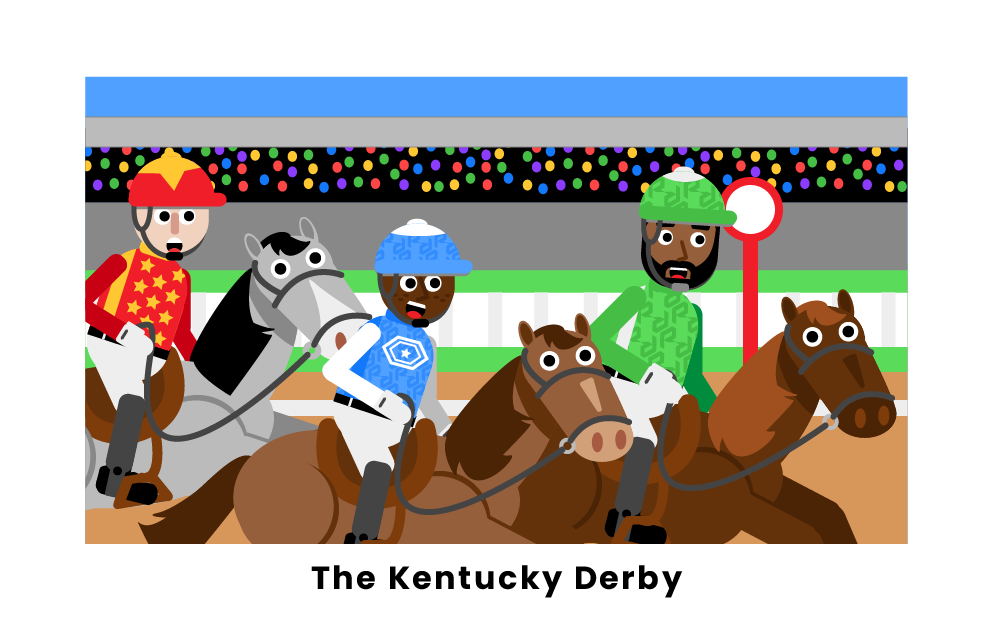 The Kentucky Derby is held at a dirt racing arena called Churchill Downs in Louisville, Kentucky. Louisville is notorious for not only its horse races; it is also home to the famous Louisville Slugger Museum and Factory. At this factory, they showcase and manufacture baseball bats and other sports products. With that being said, there are many other fun attractions in town pertaining to family activities or even a night out. Churchill Downs is a historic racetrack that has a maximum capacity of 165,000 persons. On average, 20 thoroughbred horses race along the 1.25 miles long track to compete for first place. People from all over the United States attend the Kentucky Derby to watch horse races, bet money, and enjoy a once-in-a-lifetime experience. The Kentucky Derby is a unique event that’s held on the first Saturday of May every year. Women and men of all ages arrive at this two-week-long festival wearing trendy, coordinating outfits, including big hats. Hats are a crucial accessory that actively represents the rich southern history in Kentucky.

Horse racing in Kentucky dates back to 1789, when the first race occurred in Lexington. About 100 years later, Churchill Downs officially opened and began the famous tradition of hosting the annual Kentucky Derby. Churchill Downs was officially founded in 1872, when Colonel Meriwether Lewis Clark traveled to Europe, specifically England and France. Upon Clark’s arrival, he attended the Epsom Derby in England, which inspired him to create a unique racing event in America. When Clark returned home, he began the construction of the racetrack with the purpose of showcasing the Kentucky breeding business, which eventually became known as "Churchill Downs." Clark leased eighty acres of property from his uncles, John and Henry Churchill, for the construction of the track. Clark raised funds for the track's first development by selling membership subscriptions. Clark collected $32,000 by selling 320 membership subscriptions for $100 a piece. These earnings were then utilized to build a clubhouse, grandstand, Porter's Lodge, and six stables on-site for the track's debut. The original structures have survived the years, but the racecourse has continued to develop and modernize. Churchill Downs Incorporated currently owns and operates this famous racetrack.

Today, Churchill Downs consists of 147 acres of land, with its most remarkable structure being the Twin Spires. The Twin Spires are an architectural landmark that rises atop the grandstand and has become the widely known emblem for Churchill Downs and the Kentucky Derby. The grandstand consists of bleacher seating where attendees sit and watch the races. There are also box seats where participants pay extra for crucial amenities, such as convenient concessions and an unobstructed view of the track. Joseph Dominic Baldez constructed the Twin Spires in 1895. He originally designed the facility without this famous feature however, after some reconsideration, he felt it was necessary to add an eye-catching characteristic. The hexagonal spires, described as towers in the original model, reflect late-nineteenth-century architecture. The Twin Spires were constructed predominantly for physical looks rather than coherent function.

Pages Related to Where Is The Kentucky Derby Held?