What Kinds of Hats Do You Wear To The Kentucky Derby? 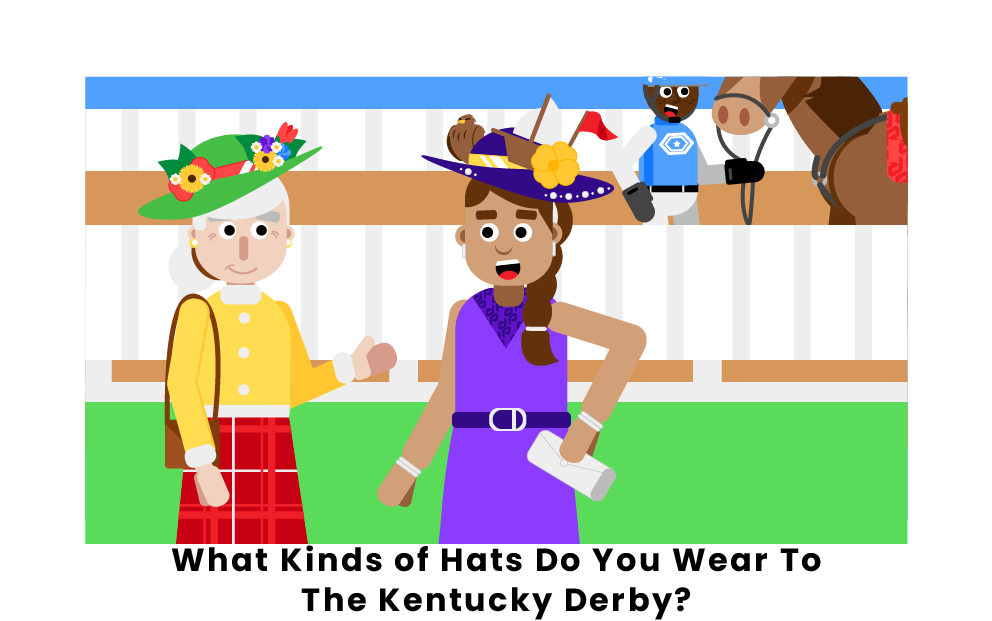 The hats people choose are part of Southern tradition in the United States, dating back to the 1800s. Though women started the tradition, all genders participate in the spectacle during the contemporary Kentucky Derby. Typically, women wear hats in the “Southern Belle'' style with many feathers, ribbons, and other add-ons. Men’s hats are often more reserved. There’s even a parade for spectators to showcase their unusual hat choices.

The aim of women’s derby hats is to be large, bright, and overall showstopping. Most hats are wide-brimmed with some sort of dramatic piece made of feathers, ribbons, or some combination of both clipped to the top. Generally, these hats are designed in bright colors.

However, there are other women’s hats that deviate from this trend. One style of women’s derby hat is designed to look like a gigantic rose growing out of the head. Another looks like a group of butterflies perching on the wearer. For those who want to participate but are feeling less bold, there are hats in subtler pastels or with less dramatic pieces on top. In any case, the goal is to pick a hat that you feel reflects your personality and that you will be comfortable in throughout the day.

Men’s hats tend to be less dramatic than women’s hats. The Kentucky Derby website advises men to top off their outfit with a fedora or a bowler hat. They state that men’s hats are typically of the 1920’s style and in a solid color. Most tend to be in light or pastel colors, as men’s Kentucky Derby ensembles tend to be in pastels. One type of hat that is popular among male Kentucky Derby attendees is a fedora with a feather. Another is a tan or a straw hat with some sort of belt around the top. Most of these belts are in black, red, or some combination of both.

However, gender does not need to be a barrier to wearing whatever hat you are most comfortable in. Men can also wear large, dramatic hats, just as women can wear the more muted 1920’s style hats. At the end of the day, it comes down to what the wearer is most comfortable in.

The hat parade is also sometimes called the “Fastest Two Minutes in Sports” or the “Run for the Roses.” There, men and women flaunt their most dramatic hats. Typically, over 100,000 people attend the hat parade. The hat parade takes place annually on the first Sunday in May. Many people go to the parade, including members of the royal family and Hollywood celebrities. The event is for everyone and attracts thousands of people!

Pages Related to What Kinds of Hats Do You Wear To The Kentucky Derby?