What Kinds of Drinks Are There At The Kentucky Derby? 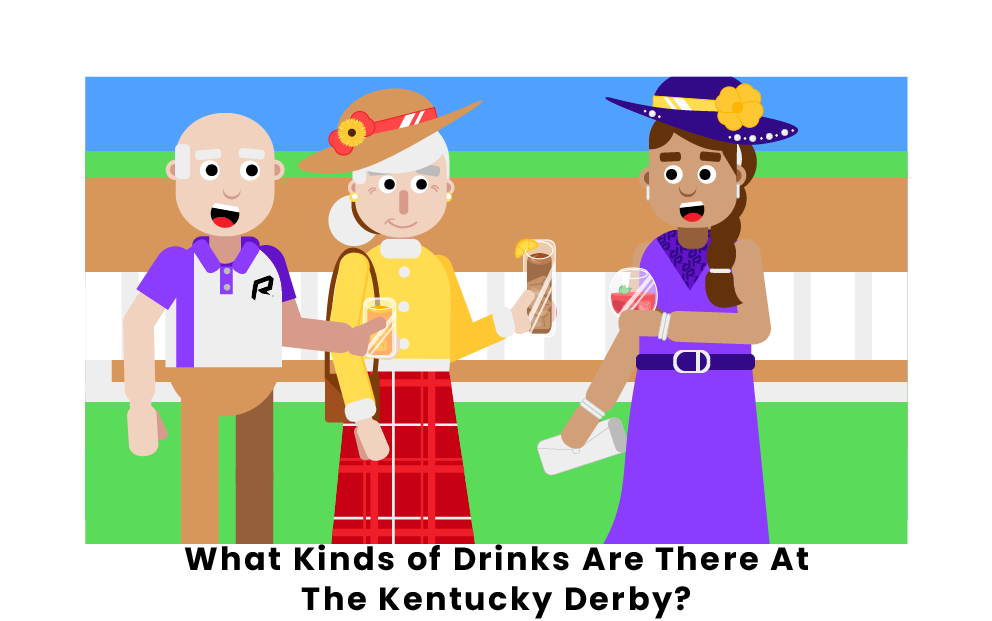 Many fans of the Kentucky Derby have heard of the classic mint julep, a famed alcoholic beverage served at the race, but what other kinds of drinks are served at the Kentucky Derby? As it turns out, there are a wide variety of beverages offered at Churchill Downs for fans of the most famous horse race in America. Here, we will take a look at a few of them, from the famous mint julep itself to a variety of other options.

The most famous cocktail served at the Kentucky Derby is the mint julep. Known for its classic lime green color and commemorative glass, the mint julep is the signature drink of the Kentucky Derby, an integral part of the culture of the race. The classic beverage is made with two ounces of Woodford Reserve Bourbon, the official bourbon of the Kentucky Derby, half an ounce of simple syrup, three fresh mint leaves, and crushed ice. In order to achieve the drink’s signature minty flavor, bartenders rub the mint leaves to make them exude their essential oils, which they then rub on the interior of the drinking glass. After this, the simple syrup, bourbon, and crushed ice are added, and the drink is stirred and garnished with more ice and fresh mint. The mint julep’s taste is often described as being slightly sweet, minty, and cooling with an undercurrent of bourbon, all of which combine to moderate the early May heat. For those who want a similar beverage without the alcohol, the Derby provides a “mocktail” recipe for the mint julep, which consists of topping five ounces of mint simple syrup with unsweetened tea and ice, stirred and garnished with mint.

The Finnish Line combines one part Finlandia Grapefruit Vodka, three parts sparkling water, and a grapefruit wedge. The Apple Cider Mule consists of one-and-a-half ounces of vodka, three ounces of apple cider, ginger beer, and a garnish of cinnamon sticks. Finally, the Spicy Bloody Mary combines a 46-ounce can of tomato juice with one cup of vodka, half a cup of lemon juice, four to six drops of Tabasco, one teaspoon of celery salt, and the option of one teaspoon of celery seeds, which combine to make a pitcher.

The Kentucky Derby offers fans of horse racing a number of inventive and refreshing cocktails for their day at the races. In addition to the classic mint julep, the Derby provides fans with a number of alcoholic and non-alcoholic options for a soothing day beneath the spring sun, and any of these options, whether served at Churchill Downs or in one’s own home, is guaranteed to spruce up Derby Day and provide excellent accompaniment to the biggest horse race in America.

Pages Related to What Kinds of Drinks Are There At The Kentucky Derby?