What Is The Prize Money For The Kentucky Derby? 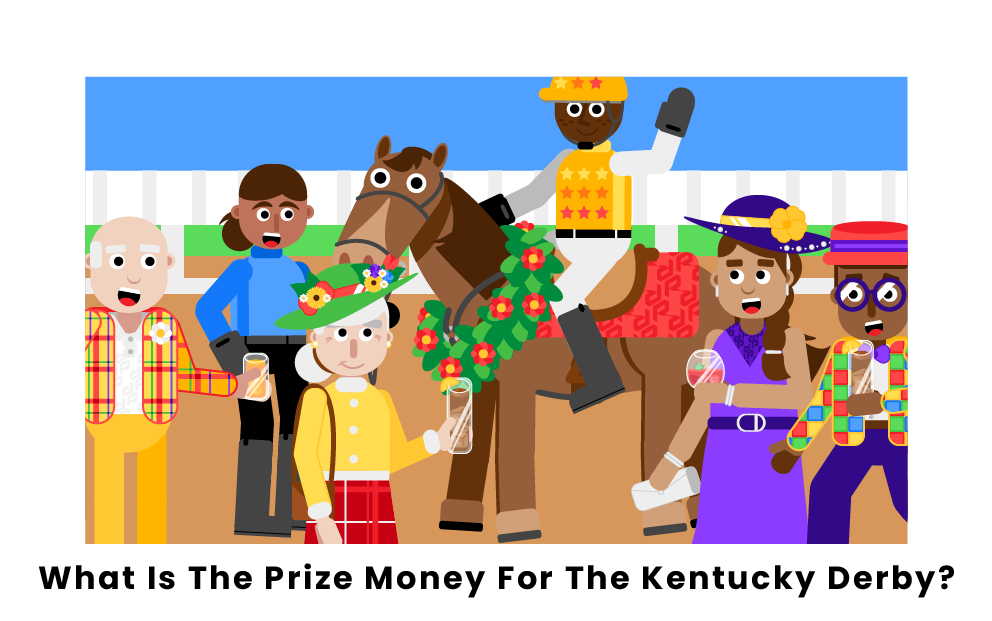 The Kentucky Derby, typically held the first weekend of May, signals the start of the spring season through lavish fashion and a highly-anticipated horse race. As an elite event, this occasion is known for extravagant spending; however, what is the prize money for the Kentucky Derby? Read on to find out the price behind the purse, the worth of the first purse in Kentucky Derby history, and how the prize money has changed over the years.

Victory at the Derby: The Purse

The Kentucky Derby is an elaborate and quite expensive event with an estimated economic impact of $400 million in the area; therefore, the winner has traditionally received a large sum for its victory. For the past few years, the prize money, otherwise known as the purse, has remained at a steady $3 million following its raise from $2 million in 2019. The purse stands at its highest rate in history; however, accounting for inflation over the years, this prize has always been a significant amount of money. Since 2019, three winners have taken home $1.86 million of the $3 million purse, including Country House, Authentic, and Mandaloun. While the first-place horse takes home the ultimate prize, the second-place finisher receives $600,000, and the third-place horse wins $300,000. Although not as much, the fourth place is also awarded $150,000, and the fifth place is allotted $90,000.

Long before the millions awarded to winners today, the Kentucky Derby had much more modest beginnings. On May 17th, 1875, a horse named Aristides won a purse of $2,850 as the first Kentucky Derby winner. Although awarded a portion of the prize money, the jockey, Oliver Lewis, concluded his first and final Kentucky Derby, deciding to pursue a career in bookmaking instead. At the time, this represented a significant amount of money; however, this prize money has dramatically changed over time. In its 147 years of existence, the sum of money has only increased as the event gained more prominence, demonstrating this event’s elite status in society.

The Purse Throughout the Years

Since the purse has only risen throughout the years, the 2022 Kentucky Derby will also be set at $3 million, with the winner being awarded $1.86 million. In the previous years, the purse was valued at $2 million. From 1996 until 2004, the prize money was set at $1 million. Looking at the race’s history, the greatest horses were not even close to the astronomical prizes of the day, such as Secretariat, who is arguably the best racehorse in history. In his 1973 race, the purse was $198,000, with the winner receiving $155,050, which is a stark contrast to the current purse. Commonly referred to as “the fastest two minutes in sports,” the Kentucky Derby has generated a large following who religiously watch every year to see one horse claim the ultimate prize.

Pages Related to What Is The Prize Money For The Kentucky Derby?