What Is The Horse With The Most Kentucky Derby Wins? 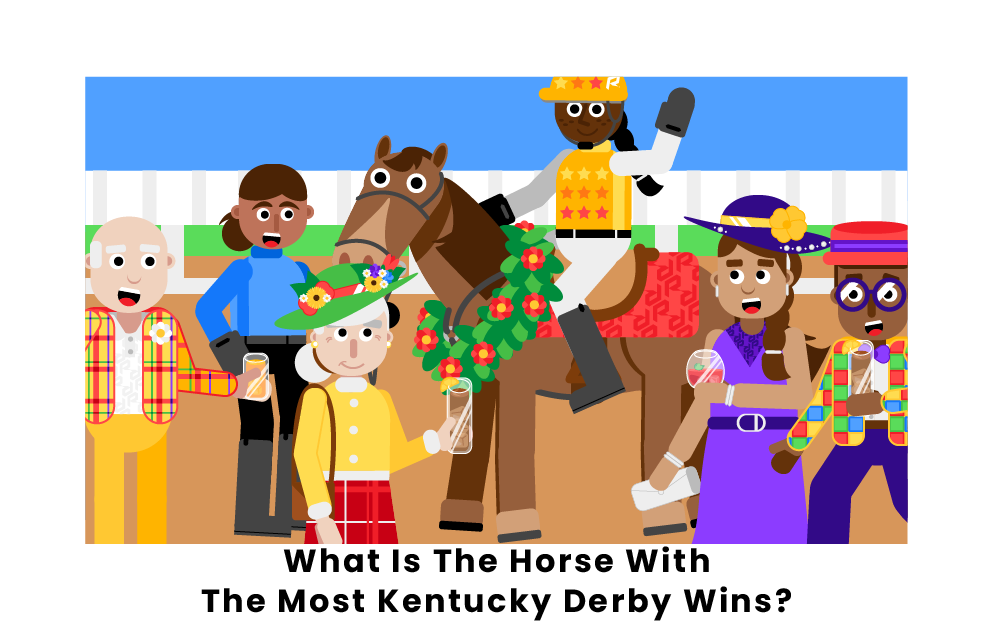 Known as "The Most Exciting Two Minutes in Sports," the Kentucky Derby is the biggest horse race in the United States. Kicking off the prestigious American Triple Crown, the Derby ends with the winning horse being draped in a blanket of roses, giving the Kentucky Derby its other nickname, “The Run for the Roses.”

Winning the Kentucky Derby is a dream of many jockeys and owners; victory marks a young racehorse achieving early dominance. Have you ever wondered, what is the horse with the most Kentucky Derby wins? Find the surprising answer below!

One Shot at Glory

The simple answer to the question, “What is the horse with the most Kentucky Derby Wins?” is that every winner is tied, with one win apiece. This is because racehorses are only permitted to run in the Kentucky Derby once. Thus, if a horse wins the Derby, that horse will not be allowed to compete in the race again.

The reason that racehorses are only allowed to run in a single Kentucky Derby is that the race has a strict age restriction. Like the other two Triple Crown races–the Preakness Stakes and Belmont Stakes–the Kentucky Derby is only open to three-year-old thoroughbreds.

This might seem like a strange and arbitrary restriction, given that thoroughbreds reach peak racing condition at age four and regularly compete up to age 13. However, this age rule is in place for an important reason.

Like many conventions in horse racing, the reasons for the age restrictions of the Triple Crown are based largely on historical tradition. Beginning with the first running of the Kentucky Derby in 1875, it was promoted–along with the Preakness and Belmont–as an equivalent and competitor to the original English Triple Crown, which had been run since 1809.

The 2,000 Guineas Stakes, the Derby, and the St. Leger Stakes, the three races comprising the English Triple Crown, had only been open to three-year-old thoroughbreds since their inception. So, to lend legitimacy to their newer competitions, the organizers of the American Triple Crown races adopted the same age restrictions.

Another major reason Triple Crown races are age-restricted is for the entertainment factor. Three-year-old horses are the perfect age so that they are mature enough to be reliably competitive, yet are still young and unproven enough to bring exciting unpredictability to the racing and wagering.

Although racehorses are prohibited from competing in more than one Kentucky Derby, several jockeys, trainers, and owners have distinguished themselves by winning the race a record number of times. Eddie Arcaro, the only jockey in history to win the American Triple Crown twice, holds the record for most Kentucky Derby wins, at five. His first victory came in 1938 and his final win was in 1952.

Bob Baffert holds the record for training the most Kentucky Derby-winning horses. Baffert has trained seven winners, the most recent being Medina Spirit in 2021. Lexington, Kentucky-based Calumet Farm, an icon in thoroughbred breeding and training, holds the record for most Kentucky Derby wins by an owner, taking home the trophy an incredible eight times.

Pages Related to What Is The Horse With The Most Kentucky Derby Wins?