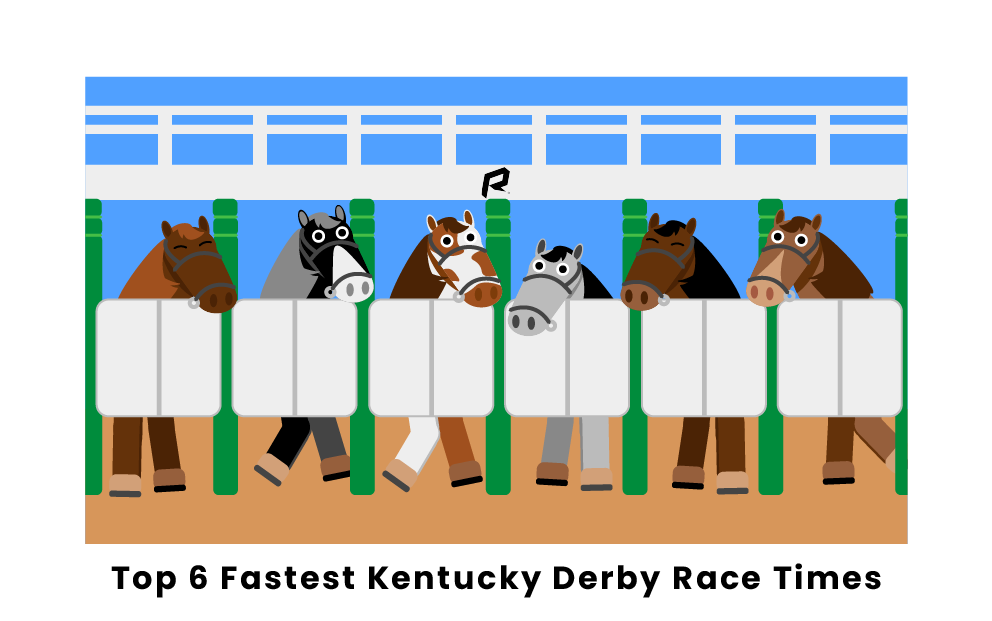 The Kentucky Derby is one of the most famous horse races in the United States. It is held annually at the Churchill Downs racetrack in Louisville, Kentucky since the first race in 1875. Jockeys race three-year-old thoroughbred horses in a two-kilometer race. Read more to learn about the fastest Kentucky Derby victory race times in the history of the race.

What are the best Kentucky Derby race times of all time?

The most recent race time on this race belongs to horse Monarchos and jockey Jorge Chavez from the 2001 Kentucky Derby. To this day, Monarchos is only one out of two horses to race the Kentucky Derby in under two minutes. The 2001 Kentucky Derby was the first to be televised, and Monarchos had a shocking race. Monarchos was in 13th place in the last quarter mile, then managed to outrun all the other horses at the end. Monarchos attempted to win the Triple Crown but did not win the Belmont or Preakness races.

In 1985, Spend a Buck won the Kentucky Derby with jockey Angel Cordero Junior. The horse had a lead in the race from start to finish. After the race, Spend a Buck’s trainers decided to enter the horse into the Jersey Derby, which offered a $2 million bonus to the horse that won multiple races, including the Kentucky Derby. Although the decision to forego an attempt to win the Triple Crown was shocking to many, Spend a Buck did win the Jersey Derby and won a 2.6 million prize, which was the biggest purse in American racing history.

The race time of 2.00.40 minutes is the oldest race featured on this list. In 1962, jockey Bill Hartack raced the thoroughbred Decidedly. Determine, another racehorse who won the Kentucky Derby in 1954, sired the horse. When Decidedly won the Kentucky Derby, it was the closest a horse had ever gotten to break the two-minute mark, and so the horse set a new record for the Churchill Downs track. Following the Kentucky Derby Race, Decidedly competed in the remaining two U.S. Triple Crown Races. But, the horse did not place.