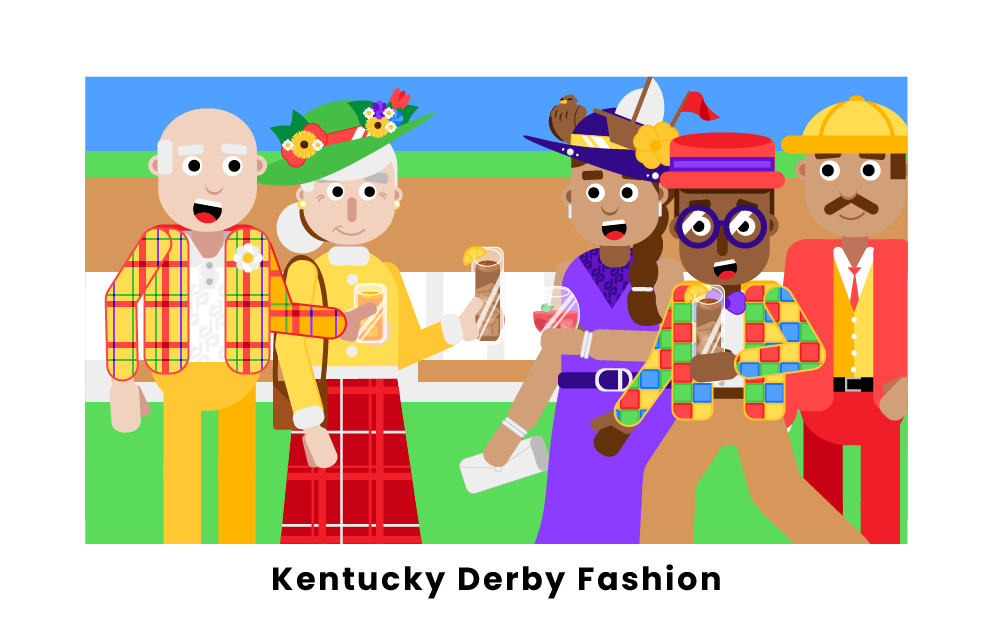 The Kentucky Derby is an annual horse race that takes place each May, and every year celebrities show up in their best attire. There is a reason the Kentucky Derby has a red carpet, and it is so attendees can flaunt their extravagant hats and runway-ready outfits. Though some celebrities miss the mark, these are some of the best celebrity Kentucky Derby outfits of all time.

What are the best Kentucky Derby Outfits of all time?

Jessica Simpson wore an iconic outfit to the 2004 Kentucky Derby. Simpson’s massive pink floppy brim hat cemented her status as Kentucky Derby fashion royalty. Her oversized hat hid part of her face, leaving her almost unrecognizable. The pink look captured the essence of 2004 Simpson’s gorgeous and somewhat over-the-top sense of style. You can find her California chic sundress and large hat look on almost any list of the best Kentucky Derby outfits of all time. Her net worth is approximately $200 million, and much of that comes from her success as a fashion mogul, so it's no wonder her 2004 look went down in Kentucky Derby history.

Tori Kelly’s 2021 outfit makes this list due to its beautiful floral pattern and gorgeous matching understated lilac hat and shoes. Her hat keeps with traditional fabulous Kentucky Derby hat wear but was decidedly more understated than typical Derby hats. The statement in her outfit was her flowing, brightly colored floral print dress. She paired her outfit with a purse from behno, a sustainable brand whose purses tend to retail upwards of $400, so it is safe to assume her entire outfit cost at least four figures. Her look was refreshing and marked a wonderful return for Kentucky Derby fashion after the 2020 Kentucky Derby took place in September with no spectators in attendance.

Victoria Justice’s 2018 Kentucky Derby outfit displayed sleek sophistication and featured some stunning statement pieces. Justice was styled by Madison Guest, and her chic white business suit allowed her statement hat, earrings, and bag to pop. Her earrings were from Kate Spade New York and were fittingly named ‘Wild One Horse Statement Earrings,’ the perfect accessory for a horse race. Her black and silver spiked Salar Milano purse pulled the entire outfit together, complimenting her hat and adding to the statement it made. Justice’s hat was adorned with ostrich feathers that added to the hat’s statement. Her hat has even ended up on a number of ‘Best Kentucky Derby’ lists.

Sarah Hyland’s 2015 Kentucky Derby outfit makes this list because it is the epitome of the classic Derby look with its tea-length dress and feathered fascinator. Her floral patterned dress was simple and combined classic Kentucky Derby style with Hyland’s chic fashion sense. The Oscar De La Renta dress featured pleats and was accessorized with a thin black belt and cute black pumps. Her fascinator was red with lengthy feathers that made a statement in traditional Derby fashion. Unlike most Kentucky Derby headwear, her fascinator was small. However, its smaller size and statement feathers are part of what made it such a standout piece.

Kate Upton’s elegant outfit from the 2016 Kentucky Derby was a stunning display of less is more. Like Sarah Hyland, she opted for a more understated look in contrast to the typical extravagant Derby outfit. Her hat was designed and made by renowned Kentucky Derby hat maker Christine Moore. Moore was even named the Derby’s first featured milliner in 2018. Upton’s dress was a Victoria Beckham green-capped sleeve dress that retails for above $400. Her plain green dress and oversized cream hat were a sweet combination that did not cause a distraction but still managed to make a statement.

TV host, actress, and comedian Aisha Tyler’s 2018 Kentucky Derby outfit managed to be both over-the-top and understated at the same time. Her oversized pink fascinator featured large butterflies, flowers, and small feathers and was so large it was nearly the size of her head. Unlike her fascinator, her dress was much more casual and featured a scattered floral pattern, and even had pockets. Tyler completed her look with pink dress shoes that looked fancy but gave her look a comfortable feel. Her dress was by Tadashi Shoji, who has designed the dresses Tyler is often seen wearing on red carpets.

Actress NeNe Leakes made a bold statement at the 2019 Derby in a beautiful yellow dress and colorful fascinator. Her flattering yellow dress by Carolina Herrera likely cost upwards of $3,000. Her dress had an interesting yellow lace lining underneath it, which gave her entire outfit a unique look. Her fascinator was by Kokin New York and likely cost more than $200. The beautiful fascinator featured bright yellow, pink flowers, and large orange butterflies. It also had a net that covered part of her face and featured hot pink dots towards the top. She paired the outfit with stylish shiny heels and a clutch with multicolored flowers on it.

When Jennifer Nettles sang the National Anthem before the 2019 Kentucky Derby, she wowed in this modern but classy ensemble. Her pastel pink and purple look included sheer pastel purple gloves that matched her dress and pastel pink heels that matched her fascinator. Her large pink fascinator was designed by Arturo Rios. Arturo Rios Kentucky Derby hats and fascinators can cost anywhere between $100 and $400, and due to its large size, Nettles’ fascinator probably cost more than $300. Her dress was designed by luxury Brazilian fashion designer Fabiana Milazzo, and she was styled by Hayley Atkin. Nettles’ Milazzo dress likely cost her upwards of $1,000.

In 2015, husband and wife duo Vanessa and Nick Lachey were dressed to impress in elegant matching outfits. Vanessa Lachey stunned in a Zac Posen dress that likely cost between $500 and $1,500. Her hat was designed by Eric Javits and, like many other hats on this list, it was custom made for her. The hat probably cost around $1,000 due to it being a custom design. Javits’ specialty is understated and elegant hats for a variety of occasions. Her hat and black sheer gloves elevated her outfit and coordinated with both her dress and shoes. Vanessa Lachey’s largest coordinated accessory was her husband, Nick, who wore a dapper cream suit with a white shirt and black tie to compliment his wife.

Natalie Zea stunned on the red carpet in 2019, and her red-coordinated look is easily one of the most fashionable Kentucky Derby outfits of all time. Her red-feathered statement headpiece was custom made for her by The Hat Girls, a women-owned business run by two Louisville, Kentucky natives that specializes in making custom Kentucky Derby hats. The unique hat most likely cost above $500 due to the fact it was custom made. Her ruffle mini dress was by Reformation and featured sheer off-the-shoulder sleeves. Zea’s dress likely retailed for more than Reformation’s average dress price of $300.

Pages Related to Top 10 Kentucky Derby Outfits of All Time