How Much Do Kentucky Derby Hats Cost? 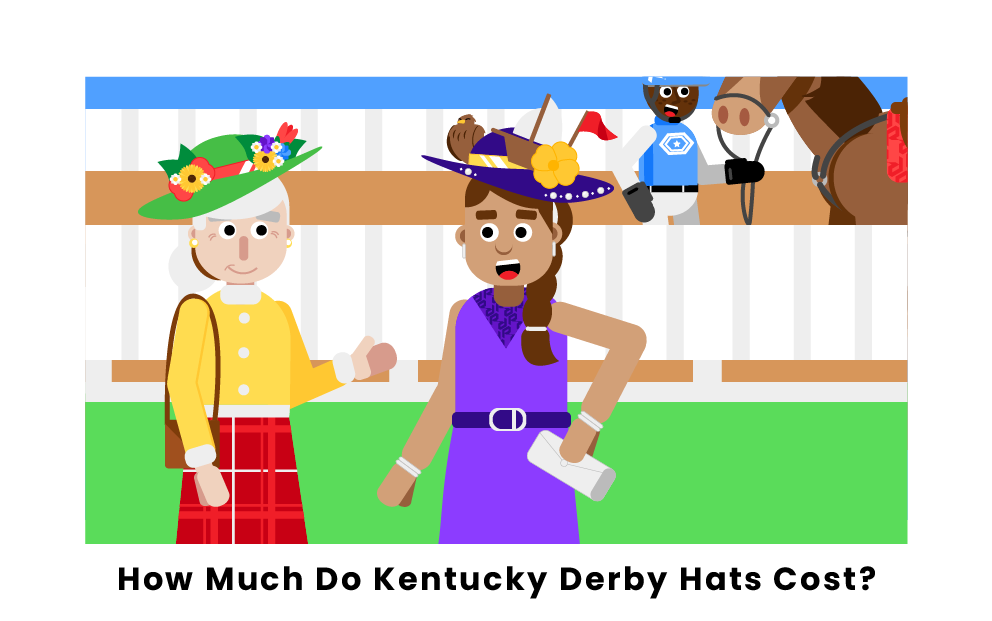 The Kentucky Derby, being a part of the Triple Crown, has become one of the most famous horse races in the United States. With this prominence comes various traditions, including wearing a hat, but how much do Kentucky Derby hats cost? While the price of hats can vary, some of the hats can cost well over a thousand dollars. Here, we look at the tradition of hat-wearing at the Kentucky Derby and see how much someone can expect to spend on a Kentucky Derby hat.

Why Wear A Hat?

Wearing a hat to the Kentucky Derby is a prominent part of the race culture. Hat wearing combines Southern tradition with the spectacle of the Derby, which makes it such a unique event. Wearing a hat is even believed to be good luck. Some hat-wearing customs are based on where a spectator is seated. Those in the seated sections of Churchill Downs will typically wear a wide brim style hat, while spectators in the Churchill Downs infield wear even more decorative hats. These hats will typically be adorned with an assortment of decorations, including flowers, bows, and feathers. While hats are an essential part of the Kentucky Derby tradition, they can cost quite a lot of money.

The price of a Kentucky Derby Hat can vary widely. Since the hats are a fashion statement, spectators are willing to spend hundreds, sometimes thousands of dollars for one. While Derby goers can find hats online for less than $100, the typical Derby hat will cost a few hundred dollars. Hat designers that are officially featured by the Kentucky Derby will vary in price. While the least expensive of these hats was $250, the most expensive cost around $1,200. However, buying a custom hat can be even more expensive. One custom hat maker’s hats, Maggie Mae Designs, cost anywhere between $498 for the least expensive hats and up to $1,500 for their most expensive, decorative, and detailed hats. The most expensive custom hats worn at the Kentucky Derby cost over $3,000.

What Are Other Parts of a Kentucky Derby Outfit?

Spectators dress stylishly for the Kentucky Derby, with women typically wearing dresses, heels or sandals, and a variety of accessories, including jewelry and bags. Men typically dress in vibrantly colored pants, a complimentary shirt, either a two or three-piece jacket, horse bitten loafers, with some wearing bowler hats or fedoras inspired by the 1920s. Similar to the hats, there is a large price range for these outfits, and it is up to the spectator how much they want to spend.

Who Wears a Kentucky Derby Hat?

Where Can A Kentucky Derby Hat Be Bought?

Pages Related to How Much Do Kentucky Derby Hats Cost?