Can Filly Horses Compete In The Kentucky Derby? 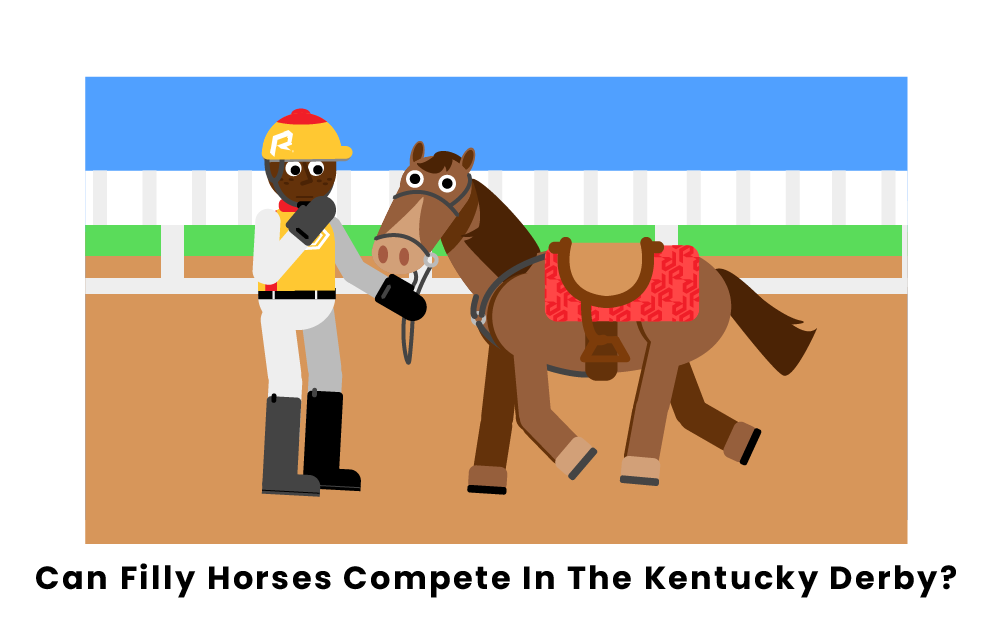 What is a Filly Horse?

Fillies in the Kentucky Derby

Since the Kentucky Derby is held only once a year, horses only have one chance in their lifetime to qualify for the race, and that is when they are three years old. Male horses mature faster than female horses, so colts are often the preferred racing horse due to their larger size from a young age. However, fillies do have the strength and speed to win the Kentucky Derby against male horses. While colts tend to be 10 percent heavier than fillies, studies show that colts run only one percent faster than fillies.

Since the Kentucky Derby’s founding in 1875, only forty fillies have had the chance to race on the famous Churchill Downs Racetrack for the event as of 2021. Only three filly horses have won the Derby. The first fillies to ever participate in the Run for the Roses were Ascension and Gold Mine in 1875. Gold Mine finished in 15th place and Ascension in 10th out of twenty horses.

The last filly to compete in the Kentucky Derby was Devil May Care in 2010, finishing in 10th place. However, there are speculations that another filly, Secret Oath, may qualify for the 2022 derby.

Three fillies have won the Kentucky Derby over the past century and a half; their names are Winning Colors, Genuine Risk, and Regret.

Regret was the first filly to ever win the Kentucky Derby in 1915. Prior to the chestnut horse’s victory, the Kentucky Derby had been struggling financially. Her triumph as the first filly to win against male horses gained enough news coverage to save the race. Following her victory, the Derby’s popularity increased coast to coast, making it one of the most prestigious American sporting events.

Pages Related to Can Filly Horses Compete In The Kentucky Derby?