How Long Is A Karate Match? 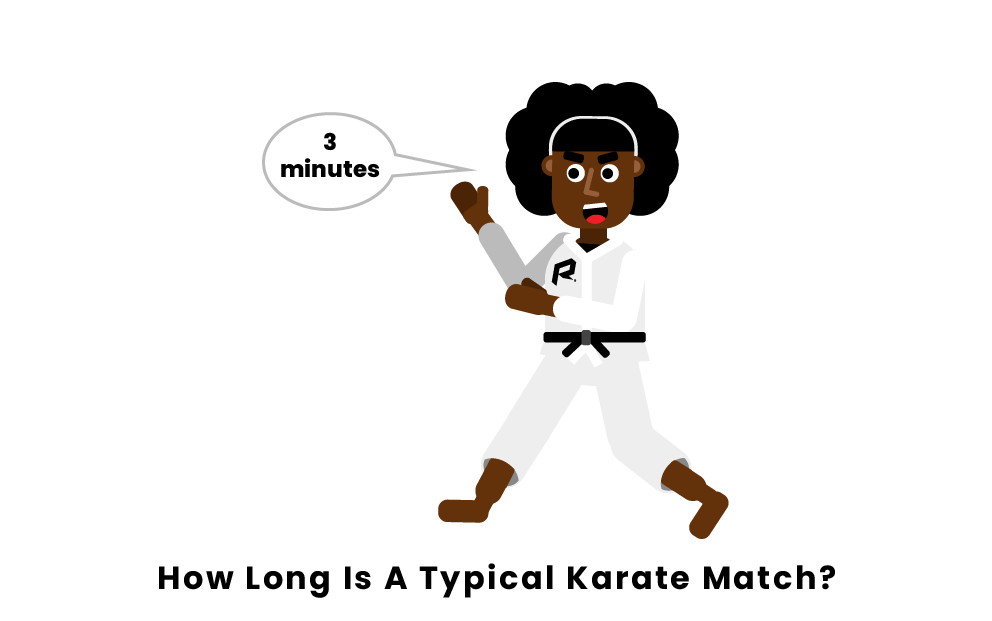 There are many things that may influence the length of a karate match. To begin with, karate has two different disciplines, Kumite and Kata, which are very different from each other. In addition to that, both disciplines have individual and team events.

In Kumite, athletes try to punch and kick their opponents to score points and win the match. One individual Kumite match has a 3-minute clock counting down, which is stopped when the referee stops the action. There is a ceiling of 8 points in kumite, that is, if an athlete scores 8 points before the three minutes run out, the match will end, and that athlete will have won it. Nonetheless, most of the time a Kumite bout will last the whole three minutes, with a few stoppages along the way. The time rules are the same for male and female categories, although it may change depending on the age category. The team event in Kumite happens between two teams of 3 athletes, with at most 9 matches taking place to decide the winning team. With each bout also lasting 3 minutes, the maximum a team match can last is 27 minutes, although that is not always the case.

Different from Kumite, in Kata athletes don't fight each other, but rather present their moves to a group of referees who give out grades. That way, in both individual and team kata matches, athletes have a maximum of five minutes to present their moves, with the risk of being disqualified if they exceed that time.

Pages Related to How Long Is A Karate Match?