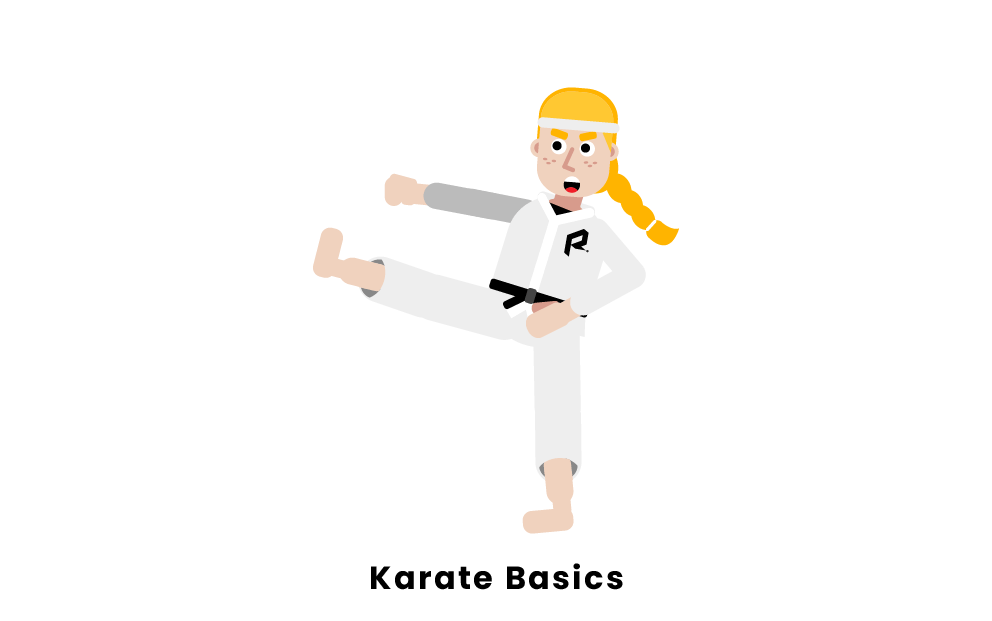 Karate is a martial art that grew to popularity in Japan during the early 1900's. Karate involves two competitors competing against each other to land as many legal hits on their opponent as possible. Competitors are awarded points for hitting their opponent and they want to end the match with more points than their competitor in order to be named the winner. Points are only awarded to hits that meet a certain criteria and some hits are worth more than others. Matches are typically 3 minutes long, requiring well-practiced physical skills as well as strategy and mental focus. Though it is practiced all around the world already, karate will officially be an Olympic Sport in 2020!

The Most Important Things To Know About Karate

Karate is a martial art that is practiced all around the world. With various types of karate being participated in, there are a lot of important concepts to know about the sport. Let's dive into some now!

Karate is a very disciplined sport, so there are rules that need to be followed by competitors for active participation. Here are some of the most basic rules:

You should now have a very basic idea of what karate is and how it works! Remember, it is a martial art that requires two competitors to face off against each other. They will attempt to land kicks and punches in order to score points, though different hits earn different points. The competitor with the most points at the end of the competition will be named the winner. As karate practitioners become more and more advanced, they move up in the belt ranking system and receive a new color (the best being black). During competitions, competitors must show each other respect, since karate is considered a mental and physical activity that requires a good attitude.