How can I learn judo?

Judo is one of the most popular and complete martial arts there is, attracting many people worldwide. If you want to learn judo, the best way to do it is to find yourself a club or academy to learn, or a judo instructor that can teach you. A training partner would also be good, afterall in judo you fight against an opponent, and there is really no point in learning a move if you won't be able to practice it on someone. Nonetheless, the goal of judo is to create honorable people, who live their lives through the sport's philosophy, and if you want to learn judo be ready and open to learning more than just moves to throw down your opponent. There are many judo academies in the world, and it shouldn't be hard to find one near you. Some websites can help you find the one closer to you. 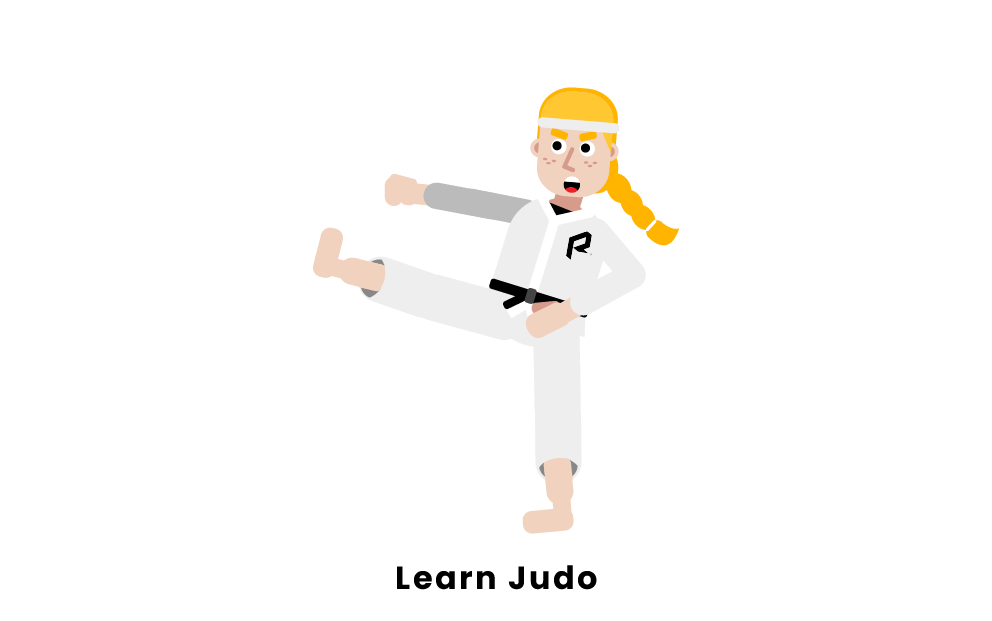 People of different ages and physical conditions have different reasons to get into judo, such as getting fit, learning some self-defense, or maybe just doing something in their spare time. The reason you want to get into the sport doesn't really matter, as long as you have the will to begin and are willing to put in the time. If you are still unsure if you actually want to get into the sport, look up some videos of judo fights throughout the years, there are also many tutorials available teaching some of the basic rules. Judo forums also have very helpful posts for those looking to start practicing the sport. While that may help, the actual best way to get into judo is going out and trying the sport in an academy or club, where someone can teach you the basics and slowly make you into a judoka. Your evolution inside the sport, once you get in, will depend on how much you dedicate yourself to it.

Can you teach yourself judo?

Teaching yourself judo is not recommended, and it is likely that you will not learn it well. Judo is a martial art, and if you try to learn it with a partner, who is also a beginner, chances are high that one of you can get badly injured. Learning judo also needs space and proper padding around dangerous areas, and not many people have that kind of space. That way the safer and best way to learn the sport is by looking for an instructor or an academy. However, if for some reason it is impossible for you to attend a judo academy regularly, there are online judo lessons, which can teach the basics of the sport. But beware, online lessons do not mean that you can go fight your buddies, it is just a way to make you less curious about the sport, and you should not fight if you have only done online lessons.

How long does it take to learn judo?

Being a martial art, judo has a system of belts, which makes it easy to see the evolution of a judoka and his or her level in the sport. With that, learning judo is a continuous process, where no athlete will know everything there is to learn about judo until they make it to the last belt, the black one. There are also many levels of the black belt which represent different levels of mastery of the sport. Your evolution in belts will depend on how much time you put into judo, and in how quick you pick up the moves and perfect them. For an athlete to become a black belt in judo it usually takes 3 to 6 years, with that number going up to 10 years sometimes, just to achieve the first level of black belt. But not having a black belt does not mean that you are a beginner in judo, just that you haven't completed the whole training on the sport.

How difficult is it to do judo?

Judo requires a lot of practice and experience to get good at. If you are a beginner and fight a judoka that is more significantly more experienced, luck won't be enough for you to give your senior opponent a hard time, and iot is likely that you will be quickly and easily thrown to the ground. As important as learning how to throw someone, is learning how to fall in judo. Learning how to fall and learning the moves are not hard. The hard part is executing such moves on someone who is constantly moving and trying to defend him or herself. Judo is also a game of balance, and so it takes a lot of sparring to understand the opponent's balance and when to execute moves so that they are effective. With that, fighting in judo is not easy. But for that reason, there are different belts, and you will still be able to execute moves when fighting someone who is at the same level as you.

What do you need to start playing judo?

An important part of judo is the uniform judokas wear, also called judogi, or just gi. In judo, your opponent will try to throw you by grabbing your gi, and you will try to do the same to your opponent, making the gi an essential part of the sport. So even if you are a beginner, you will need to be wearing a gi in your first judo lessons. Academies might have some available for new students who are doing their first lessons to borrow, so if you are not sure you want to continue practicing judo, you don't really have to bring your own gi to your introductory judo lesson. However, as soon as you decide that you are invested into judo, and will continue to regularly practice it, it is a good idea to purchase your own uniform and start bringing it to your practice sessions.

How much does it cost to learn judo?

Judo is one of the cheapest martial arts to learn. You don't need any equipment besides your uniform to practice judo, and in addition to the price of acquiring that, you will also have the monthly costs of an academy membership. A beginner does not need the best gi available, but rather something affordable, durable and comfortable. Gi's can go for under $100 and there are many affordable options. As for an academy membership, prices may vary according to how many sessions a week you attend, but prices usually stay around $100 to $150 per month. If you are looking to compete, there are likely to be extra costs such as local federation fees and competition fees.