How Does Scoring Work In Judo? 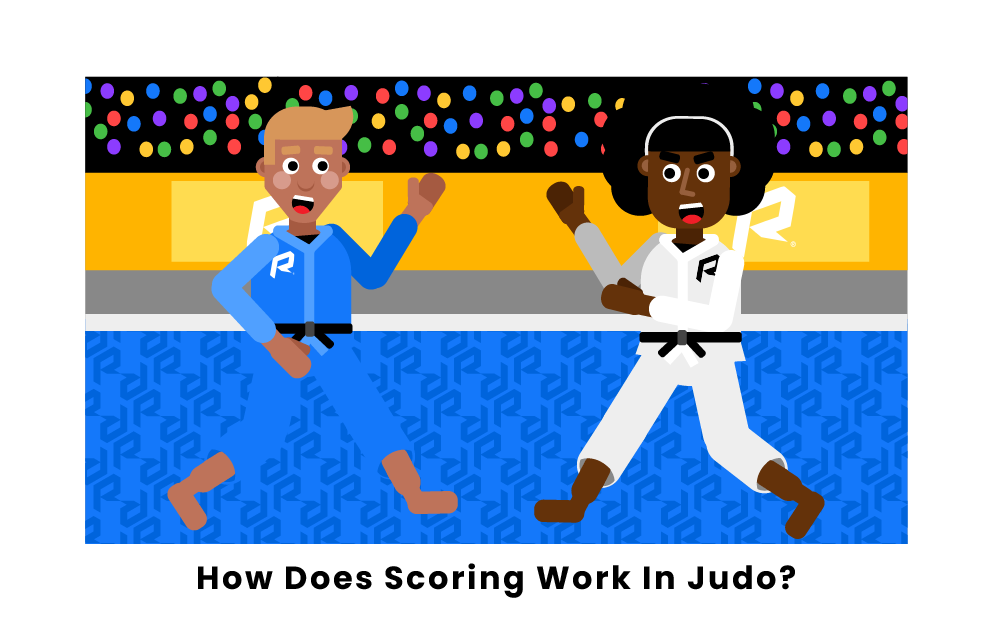 In judo, scoring points can vary greatly, depending on the kind of throw the fighter completes. There are three categories of scoring in judo that allow a fighter to win the match. In order of most powerful to least, there are Ippon, Waza-ari, and Yuko.

The next and significantly less valuable kind of scoring is the Waza-ari. A Waza-ari is defined as a throw that is very strong and clear but lacks some of the elements of an ippon. Many instances of a Waza-ari are because the opponent didn't fall largely on their back or because the throw wasn’t powerful enough to be considered an ippon. It can also result from a 15 to 20-second grappling hold. A waza-ari is worth 10 points.

The final and least common scoring level is a yuko. This is a throw that lacks two or more very important factors of an ippon. This means the throw lacked power and speed, or the opponent did not land on their back. These throws are generally awarded when the fighter throws their opponent on their side or grapples them for no more than 15 seconds. The yuko is worth one point.

In judo, there are a few ways to win a match. First, if a fighter executes an ippon, the match is over, and the winner is crowned. Additionally, if the fighter executes two waza-ari, the match is concluded, and the winner is given the title. After the five-minute match (four minutes for women), if there have been no ippons, the fighter with the most waza-aris will win. If both fighters have one waza-ari, the fighter with the most yukos will win. If the score is still tied at this point, a sudden-death “golden point” round will ensue, in which the first fighter to score a point will win.

There are also other ways for a winner to be decided in judo. If there is a severe penalty (called a hansoku-make), the offending fighter will be disqualified, and the remaining fighter will be considered the winner. Another way to win a match is if the opponent receives four shido penalties (minor rule violations).

In judo, it is common to see a scoreboard that has three categories for the ippon, waza-ari, and yuko points. This system is used to track the various points being scored. The time is located at the bottom of the scoreboard. During a tie, the board is wiped, and the next point determines the winner. The fighters enter a golden point rule where the next point scored wins the match.

What are the basic rules of judo?

The main objective of judo is to effectively and efficiently throw your opponent using only your body and body position. The goal is to score points. By scoring points, you can accumulate a score that allows you to win the match. Just like knockouts in boxing and MMA, there are instances where the fighters are beaten by a single move, called an ippon, or when another fighter is disqualified.

What are the three kinds of point-scoring in judo?

There are three different ways of scoring points in judo in order of importance called as Ippon, Waza-ari, and Yuko. An Ippon is the most significant and valuable of the three, being worth 100 points. An Ippon is a throw to the ground with “considerable force and speed.” It also requires that the opponent lands mostly on their back. Additionally, it is awarded when the fighter forces an opponent to pass out. An Ippon ends the match immediately. Waza-ari is a throw that shows the dominance of the fighter, but the throw might not have been perfect or was lacking some speed and power. The third kind of point scoring is called Yuko, a throw that is lacking in power and speed, or the opponent does not land on their back. The throws are worth 100, 10, and 1 points, respectively.

How long does a judo match last?

A judo match typically lasts five minutes for men and four minutes for women. A junior fighter (20 years and younger) will fight for four minutes. If there isn't a winner at the end of the match, the fighters will compete in a sudden-death overtime.

How many types of penalties can be awarded in judo?

There are four kinds of penalties that can be awarded in Judo called Shido, Chui, Keikoku, and Hansoku-make. These are ranked in order of least severe to most severe. The penalties in Judo are strict and very severe. Penalties in Judo can be given for many reasons, but some include going out of bounds, pushing an opponent out of bounds, not fighting or showing little aggression, intentionally trying to injure an opponent, and going to the floor deliberately.

Pages Related to How Does Scoring Work In Judo?