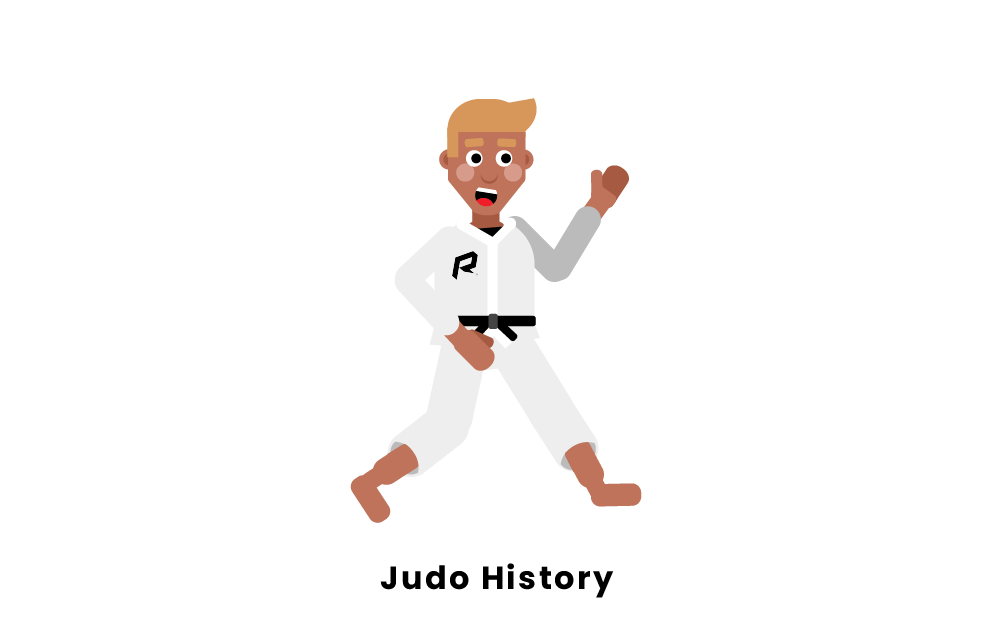 What are the basic rules of judo?

Judo is a combat sport in which two judokas face each other with the goal of scoring points by knocking their opponent down, or by making him or her submit after immobilization. POints with different values can be awarded in judo, depending on what a judoka did to his or her opponent. An Ippon is considered to be a full point, and whoever scores an Ippon wins the combat instantly. A Waza-Ari is half an Ippon. Therefore if two of those are scored by the same athlete, the fight ends too. The least valuable point in judo is called a Yuko. Don't be mistaken, Yuko's decide a fight, despite not being as valuable as an Ippon or a Waza-Ari.

Judo became an Olympic sport in1964 when the games were held in Tokyo. Besides being a sport, judo is also a way of life and a set of educational values. Practicing judo is a powerful teaching tool, especially for kids, which contributes to its global popularity.

The father and inventor of Judo are Jigoro Kano. Kano was motivated to start practicing Jujutsu due to his small frame and skinny body. Kano did learn the sport. However, he aimed to create a different martial art, where the techniques used focused more on efficiency, practice, and intelligence, rather than pure power. That way was born judo, a combat in which opponents use nothing but their own body and movements to knock each other down. The start of modern judo is considered to be in May 1882, when Jigoro Kano started his own dojo, teaching his new martial art. Kano eventually became a member of the IOC, and made popularizing his sport his life mission, Kano traveled around Europe in 1889 to do so. Now it is clear the Judo master succeeded in his efforts, judo is a global sport.

Judo started in Japan in the late 1800s. Its creation was inspired by Japanese martial art Jujutsu. Behind both of these martial arts, there is a philosophy, and judo's philosophy differs from that of Jujutsu. Kano Jigoro made an effort to spread the sport he invented outside of Japan, and he successfully did so, but judo is still a tradition in the country. The sport's essence is connected with the country, and Japan is still a powerhouse in the sport, winning many medals and world championships. Speaking about the Olympic Games, Judo first appeared as an event in the Olympics when the event was held in Tokyo in 1964. Unsurprisingly, Japanese Judokas won all but one gold medals in that year. Since then, the sport has grown in many other places, with a medal being well distributed between many different countries in every Olympics edition and World Judo Championships.

When was Judo Established?

Judo was officially established once Jigoro Kano started his own dojo to teach the martial art he invented, in May 1882. The gym was rather small, and Kano did not have many students. It wouldn't take long for the sport to be popularized and recognized in Japan. Kano became a respected physical educator in Japan, and his importance was recognized globally, as he became the first Asian member of the IOC.

When did Judo Become Popular?

Judo became a very popular sport in Japan, and Jigoro Kano, a very respected man for his efforts in physical education and in sport in the country. With martial art widely popular among the population in Japan, it was the Japanese people who helped spread throughout the world, especially in the Americas. Japanese immigrants took the sport with them when moving to countries like Canada, Brazil, and the USA, in the early 1900s. In addition to that, Kano himself made trips around the globe to present and teach his sport. Kano's travels took him mainly to Europe, although he touched places like Cairo and Vancouver. In 1938, Kano died on a ship while traveling to spread the sport he invented.

Most Popular Countries that play judo

There are 205 national federations registered in the International Judo Federation. Nonetheless, some countries are more traditional than others in the sport. Take a look at them:

Pages Related to History Of Judo