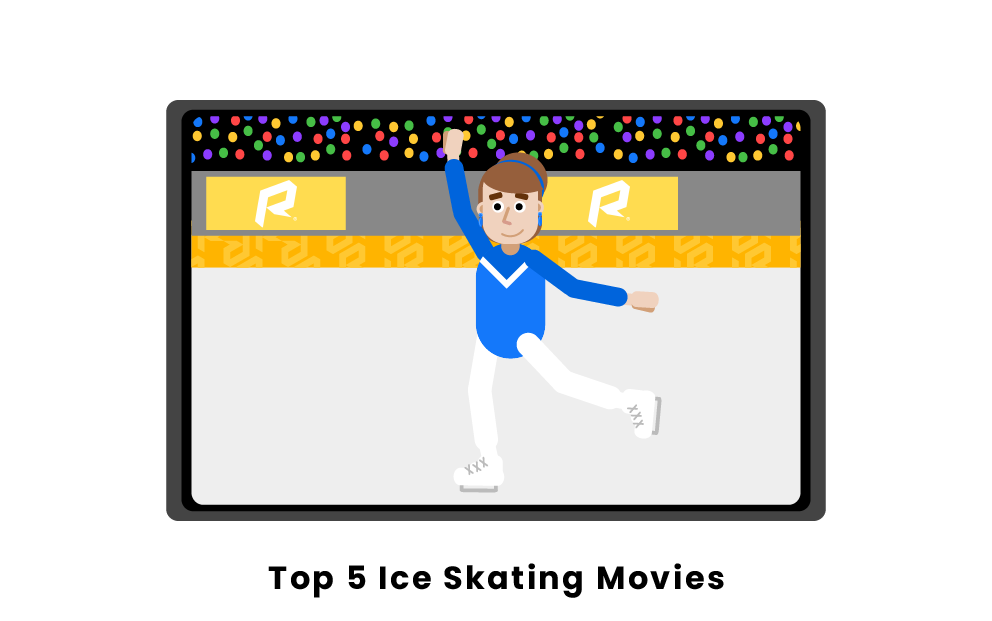 What are the most popular ice skating movies?

I, Tonya tops the list for its incredible performances and extremely well done storytelling. The 2017 film tells the life story of Tonya Harding. It shows Harding rising to become one of the top US Skaters and being the first to land a triple axel. However, Tonya faces struggles as she doesn't fit the typical female ice skater mold.

All ice skaters have heard of the infamous Nancy Kerrigan-Tonya Harding rivalry. The I, Tonya movie adds more depth to the story by giving viewers a glimpse into her life. The movie stays entertaining though with comedic elements and great acting by Margot Robbie and Allison Janney who were both nominated for Oscars for their work in I, Tonya.

The film also shows some incredible skating and features a triple axel. Interestingly, since so few professional skaters can do a triple axel, the trick had to be done through digital effects.

If you're looking for a more light-hearted film about ice skating then The Cutting Edge is a great choice. The 1992 rom-com is about an Olympic hockey player who suffers an injury in the 1988 Olympics. He can no longer compete professionally in hockey, so his only chance at making it back to the Olympics is to compete in pairs ice skating with a spoiled skater. The two have to overcome their differences in order to make their Olympic dreams come true.

This film has become an ice skating favorite over the years due to the fun nature of the plot and enjoyable skating sequences. The film was so successful it even led to three sequels. The most recent sequel came out in 2008.

The Cutting Edge has become a classic and beloved by ice skaters. It's a really sweet story and perfect for any rom-com movie marathon night.

Although all of the movies mentioned above have comedic elements, none are true comedies like Blades of Glory. Similar to The Cutting Edge, Blades of Glory follows another unlikely pair as they join forces to compete at an elite level. The two skaters were banned from competing in Olympic single competitions after fighting. As a loophole they compete again in doubles as the first two man team.

The 2007 film is filled with hilarious actors such as Will Ferrel, Jon Heder, Amy Phoeler, and Will Arnett. The comedy is mixed with some appearances that ice skaters will appreciate. The film features multiple cameos from famous ice skaters like Sasha Cohen. Also, Ferrel and Heder actually trained with Michelle Kwan's coach for filming.

Blades of Glory is an entertaining choice for both ice skating fans and anyone who is looking for a good laugh.

If you want to watch an ice skating movie the whole family can watch, then the 2005 Disney film, Ice Princess is perfect. The story is about a nerdy high schooler who is focused on going to Harvard. However, when a science project leads her to discover figure skating, she finds a new passion outside of studying. Unfortunately, her mom isn't as excited about this new focus and adds more conflict to the story.

Ice Princess is a classic Disney film due to its inspirational message and being very endearing. It's a movie that your whole family can watch and will make you want to get up and go ice skating. Not only that, but it features a strong cast with Michelle Trachtenberg, Joan Cusack, and Hayden Panettiere all playing lead roles.

Ice Princess is a sweet movie that anyone can enjoy, and those with a love of ice skating will especially appreciate it.

Last on our list is another older film that has remained a favorite throughout the years. The 1978 Romance-Drama Film Ice Castles is the story of a small town girl with a passion for ice skating. She quickly becomes a rising world class athlete. Unfortunately, her dreams are threatened when a skating accident takes her vision. With the help of a little love and great coaching, she gradually learns to skate again.

The movie is very inspiring. It's also unique from the other ice skating films since the story's lead actress, Lynn-Holly Johnson, is an actual ice skater.

Ice Castles is such a classic ice skating film that it was actually re-made in 2010 with the same director. Of course, the excellent skating and inspiring story of the original will always make it have a special place in ice skaters' hearts.